MILWAUKEE COUNTY -- A plea deal has been reached for 19-year-old Markell Greer, charged in connection with an incident that involved a fatal shooting, the repeated sexual assault of a 15-year-old girl and holding witnesses at gunpoint against their will. 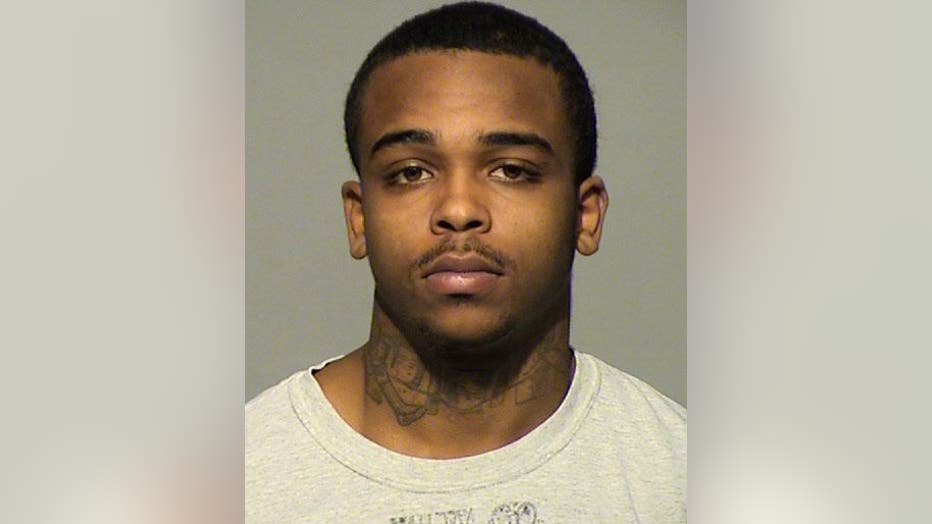 Greer will be sentenced on July 15th. He has been remanded into custody pending his sentencing hearing.

A criminal complaint filed against Greer says police were dispatched to St. Joseph's Hospital on January 4th -- where they found Nevelo Smith with a gunshot wound to his back and chest. He had been dropped off at the hospital -- and was pronounced dead.

Police were notified of two calls for service related to this incident -- one regarding shots fired in the 4600 block of N. 51st Boulevard (near 51st & Hampton), and a call from a woman claiming a suspect "Markell" had raped her 15-year-old sister, and was still on scene with a gun.

Police arrived at the scene and tracked the suspect who was evading apprehension. Foot tracks led police to the 4500 block of N. 49th Street, where Markell Greer was arrested. A firearm (a black revolver) was recovered at the scene.

Police spoke with witnesses, who reported seeing Greer intentionally shoot Nevelo Smith in the back. These same witnesses (three women) say immediately after the shooting, Greer held them by force against their will at gunpoint.

The criminal complaint filed against Greer says police spoke with a woman who says she came home with Nevelo Smith (her boyfriend) and two others, and when they entered her residence, Greer (her former boyfriend) came towards them, holding a gun. This witness told police Greer looked at Nevelo Smith, and Smith started running down the stairs towards the front door.

Nevelo Smith ran toward an awaiting vehicle that had just dropped them off at the home, when Greer fired a shot at Smith -- missing initially. A second shot struck Smith in the back, the witness told police.

The vehicle pulled away, and Smith was driven to the hospital, where he died.

The witness told police Greer turned back toward the home and she ran inside to join her sister and another woman. Greer was able to make it up the stairs before they were able to lock the door, the complaint indicates. Greer was able to push the door open as the three women tried to hold it shut and get it locked.

Back in the home, the complaint says Greer threatened all three women at gunpoint.

The witness told police she was repeatedly pistol-whipped by Greer. A laceration to her head required surgical staples, the complaint indicates.

When police showed up outside the home, the complaint says Greer ordered the women into the bathroom -- telling them to "be quiet" or he would "kill them."

Police say the witness told them she was eventually able to distract Greer and he put down the gun. She then grabbed the gun -- and a struggle ensued. All three women were trying to fight Greer for the gun -- with the witness pushing the gun under a couch.

The witness then escaped to the basement -- hiding before eventually making her way to a neighbor's house where she was reunited with her 15-year-old sister, who was also able to escape.

Police were then called.

The witness was able to identify Nevelo Smith and Markell Greer via photos police provided.

Another of the witnesses told police she believed Markell Greer was upset the main witness (his former girlfriend) was moving on from him -- now dating Nevelo Smith.

The complaint indicates this witness told police the main witness and Markell Greer had been in a relationship, and he had been physically abusive, and had engaged in harassing and threatening behaviors.

The main witness told police Markell Greer was jealous of other guys, the complaint says. She told police she had recently been threatened by Greer.

Greer is accused of repeatedly sexually assaulting the main witness' 15-year-old sister prior to the fatal shooting of Nevelo Smith -- when they were alone in the home prior to the arrival of the others. The 15-year-old was apparently house-sitting.