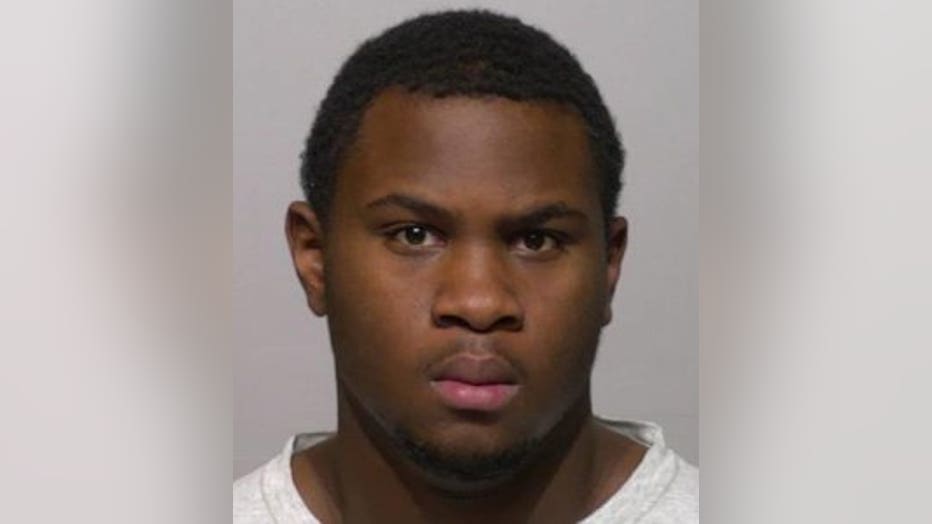 GLENDALE -- A Milwaukee man is charged with sexual assault after investigators say he attacked a teen inside a bathroom at Bayshore Mall. Police say the 16-year-old victim was leaving work last week -- when the man forced himself on her.

It wasn't long after the crime that police released surveillance photos of the suspect. They got a tip. It led to the arrest of 19-year-old Javontae White. White faces the following criminal counts:

According to the criminal complaint, a 16-year-old mall worker finished her shift and went to the restroom. When she opened the door to leave the stall, White "was standing off to the side of the stall door." Prosecutors say he "pushed (her) back into the stall," sexually assaulting her.

Surveillance video shows him running to get away. Those pictures were key to White being arrested.

"I'm glad he got arrested and it's bringing more awareness to the situation so that they could have more security for the next time something like this happened," said Niemah Jones, a Bayshore shopper.

Shoppers and workers are feeling a little safer, but looking for reassurance another attack will not happen.

"I feel like the security guards and the people that work around here need to up their game, if something like this could happen," said Lhylia Tate, who works at the mall.

FOX6 News reached out to Bayshore for comment on the arrest and charges. We did not hear back.

If convicted, White faces more than 40 years in prison.