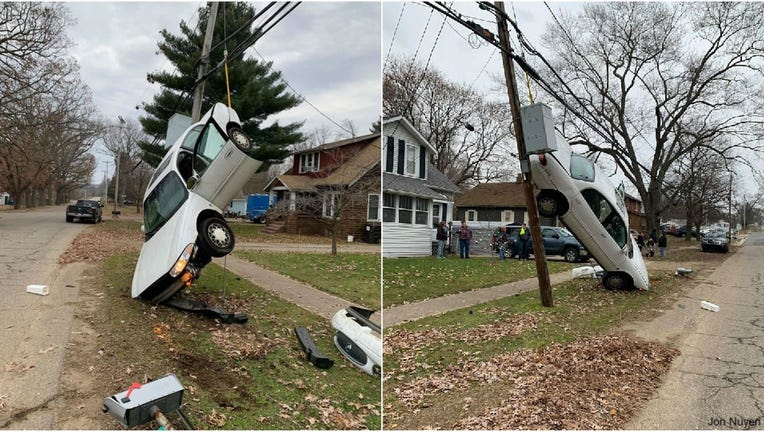 A car accidentally reversed onto a guy wire in Parchment on Dec. 8, 2019. (Courtesy Jon Nuyen)

PARCHMENT, Mich. (WOOD) — A car appeared to defy physics after it got tangled up with a utility pole cable during a crash in Parchment, Michigan Sunday afternoon.

A 51-year-old Portage woman told the sheriff’s office that the brakes went out on her car, at which point she accelerated in reverse up onto a tension cable, where it became stuck.

The woman was not hurt, but she did get a ticket.