Can someone request your ballot for you without your permission? A Racine County man said he was proving a security loophole. Now, the state is investigating him for voter fraud.

RACINE, Wis. - A Racine County man trying to prove election fraud admits to breaking election law by requesting absentee ballots for others.  Harry Wait said he was exposing a security loophole. Now, the state is investigating him for voter fraud related to this bogus ballot requests.

Wait, who leads the group H.O.T (Honest, Open and Transparent) Government, said he requested the ballots for Racine Mayor Cory Mason and several others, and then showed the still-sealed envelopes to FOX6. One envelop that never arrived was for Assembly Speaker Robin Vos. 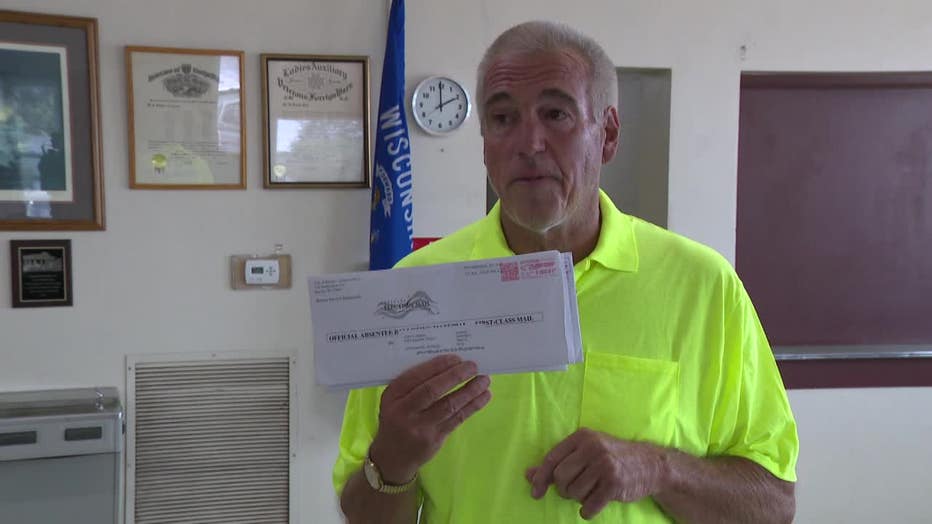 FOX6 asked Wait how he could defend breaking the law. "Breaking the law to save the republic. I’ll take the penalty any day of the week," he responded.

Mason called for criminal penalties. If charged and convicted, Wait could face the possibility of $10,000 in fines and up to 3 ½ years in jail.

"I think what Harry Wait has done is stolen a ballot. And he should face the criminal consequences of that," said Mason. "You don’t get to rob a bank and then say you’re immune from robbing the bank because I showed everybody how terrible it was that I robbed a bank." 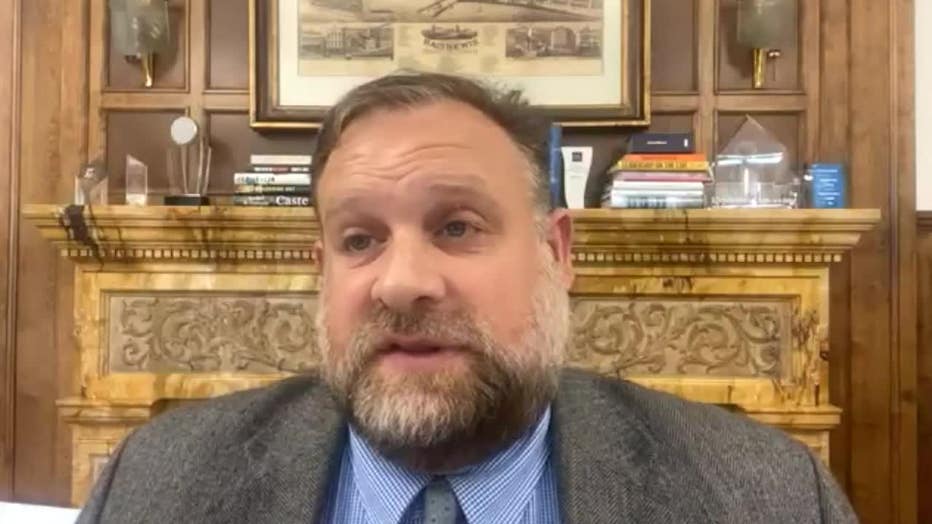 Wait notified the people whose ballots were requested, along with the Racine County Sheriff's Office. Sheriff Christopher Schmaling admitted Wait asked if the sheriff would come immediatley to arrest him. "Hell, no," Schmaling responded.

He clarified later that is because criminal arrests take time. Schmaling's office said they requested the state attorney general investigate, which is now underway.

"Sheriff Schmaling understands Wait’s passion and commitment to honest, open, and transparent government, especially as it pertains to elections; however, he never gave Wait permission or consent for Wait’s actions.  Sheriff Schmaling does not condone any violation of the law.  Instead, Sheriff Schmaling believes in holding people accountable when they violate the law," a statement from the sheriff's office stated.

Wait said he was proving the vulnerabilities in the state's MyVote Wisconsin page. He says armed with just the voter's date of birth and name and attesting he was who he said he was, he was able to get the ballots delivered to him.

To request the ballot, you have to attest you are requesting the ballot for yourself. In light of the problem, the state's official voting website now lists the laws that would be broken by fraudulently claiming otherwise. "The above address and name are mine and correct. Any person who impersonates a registered elector, poses as another person for the purpose of voting at an election, falsely procures registration or election materials, or otherwise violates the law will be referred for prosecution." 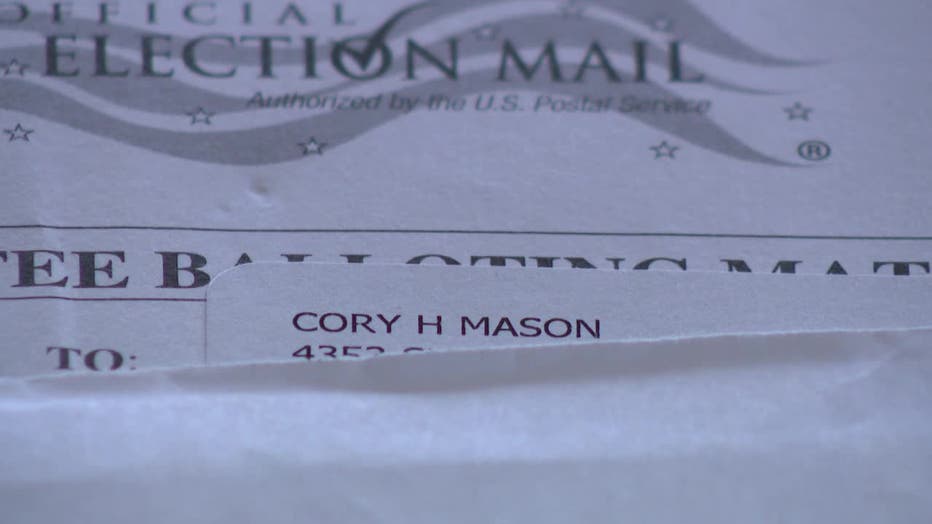 "I believe there are people who are systematically harvesting these ballots, I don’t have proof," Wait said.

In reaction, the Wisconsin Elections Commission on Thursday called an emergency meeting. 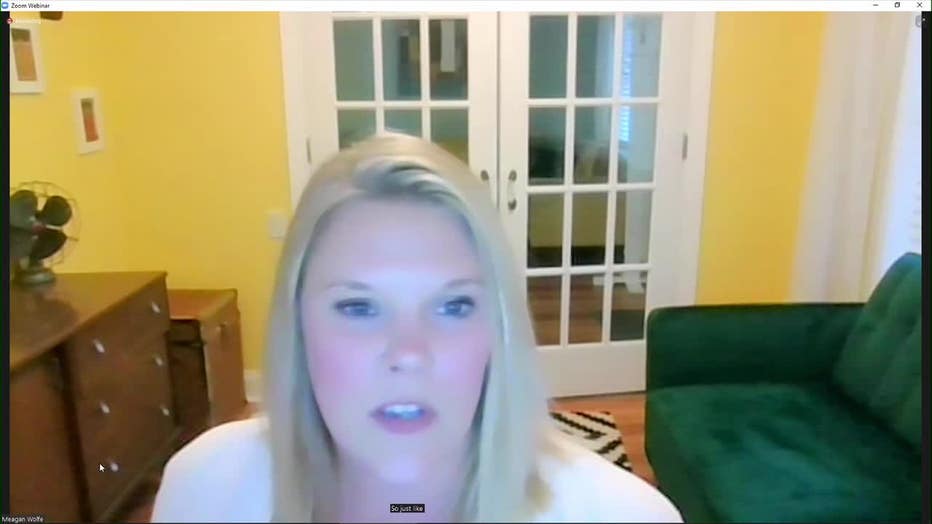 Wolfe said the MyVote website is not more vulnerable that paper requests and she added there are checks and balances.

"There are many checks in the system at both the state and the local level to prevent and detect such activity. Requesting or attempting to vote in absentee ballot in the name of another person has long been and continues to be a crime," Wolfe said.

Those checks did not stop some clerks from sending out the ballots. Nor did it stop Adrianne Melby's friend from requesting a ballot for her, as a test of the system.

"They said, 'Oh my gosh, I think I just literally ordered your absentee ballot.' I was like, are you serious?" Melby said.

"There was no uploading of a photo ID," added Melby. "There was no checking to see if I had requested the ballot be mailed to this other address."

She notified the sheriff of the problem. 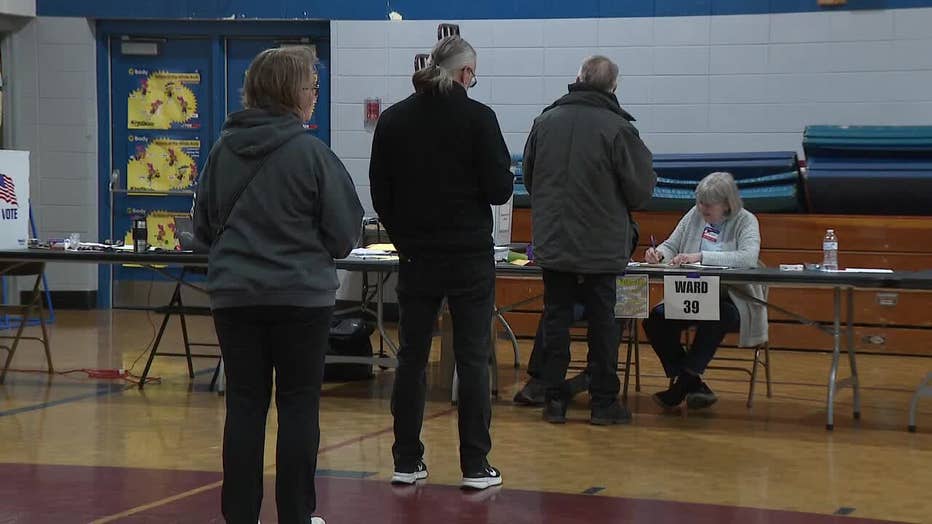 A reporter with Wait's permission requested Wait's ballot be sent to Michigan. Wait's town clerk in Dover called him before mailing the absentee ballot.

In a following discussion at the town hall, the clerk told Wait she knew everybody in the town. Wait responded,"Thank you. You proved that the system can work."

The Wisconsin Elections Commission administrator says they are reminding clerks to double-check requests like this. Wolfe adds that their data can flag if someone is making multiple requests to the same address.

She says since April, more than 4,000 people have requested an absentee ballot be sent to an address other than their residence on file. The commissioners agreed to send those people a postcard at an estimated cost of $7,500.