SHEBOYGAN COUNTY -- An Elkhart Lake business was destroyed by fire early Friday morning, June 7. Firefighters were called to Three Guys and a Grill East in Elkhart Lake around 4:20 a.m.

An Elkhart Lake man out on a morning walk captured video showing the fire when the building was fully engulfed. 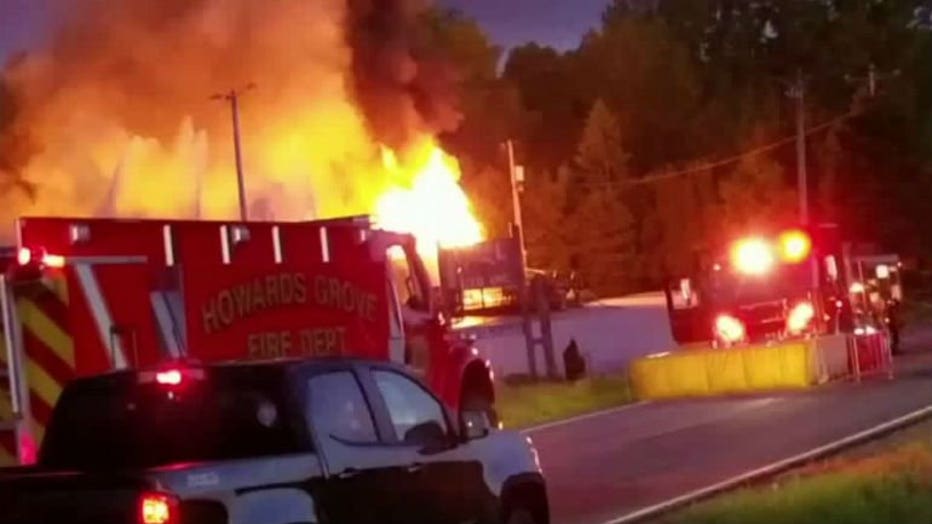 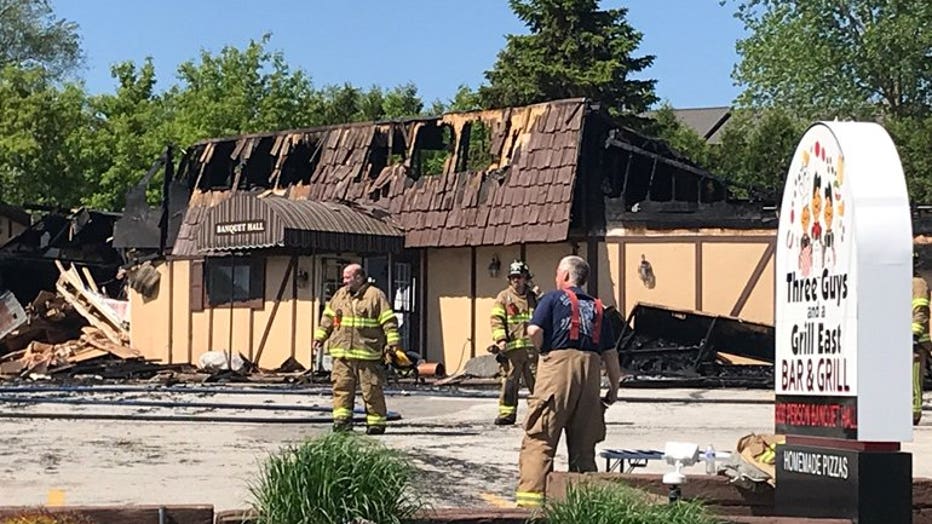 "Nothing salvageable. Insurance and fire investigation will have to determine if it is a total loss or not," said Captain Keith Fischer with the Elkhart Lake Fire Department.

Fischer said the fire started in the bar area, but the cause was under investigation.

"The fire was already burning through the roof. We made entry into the building to see if we could assess and attack the fire and contain it. It was already between the ceiling and the roof. At that point, we backed everyone out and made it a defensive fire," said Captain Fischer. 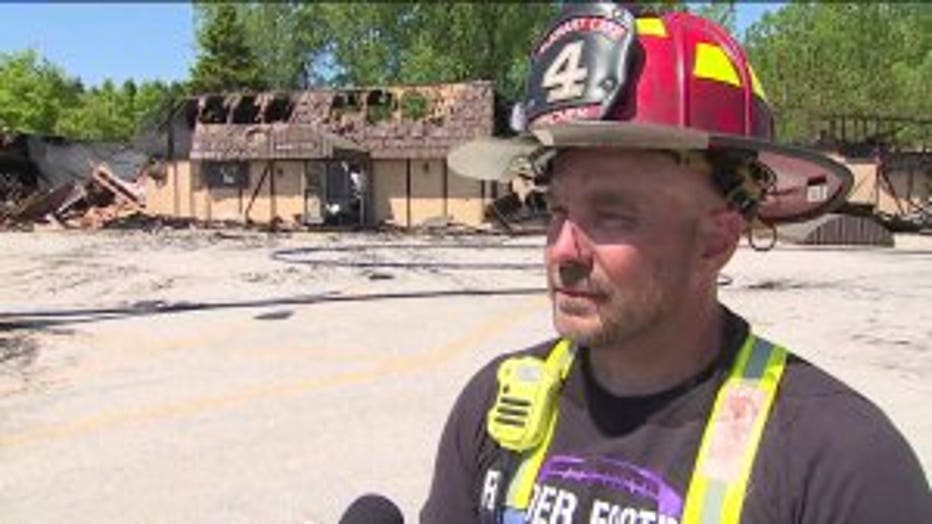 No one was inside the business when the fire broke out. There was a residence immediately behind the buildings. The person living there managed to get out safely prior to firefighters arriving on the scene.

"We had one minor injury to a hand, and that person was transported by fire personnel to the hospital," said Captain Fischer. 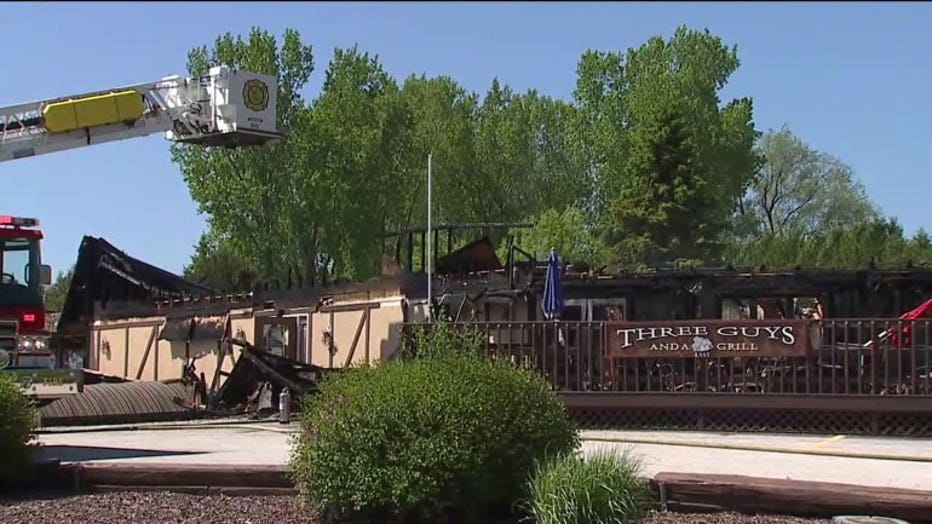 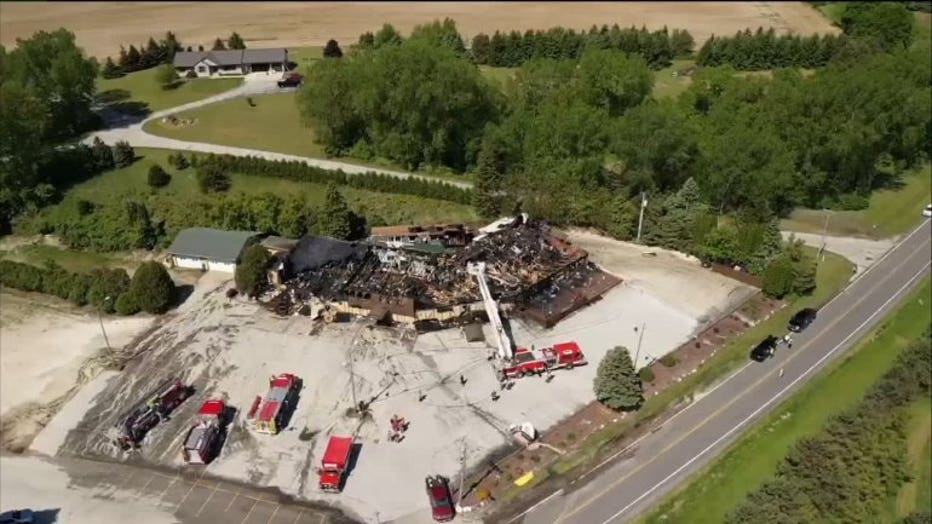 This was a challenging fire for emergency responders.

"What makes it difficult to fight is the fact that it's a flat, rubber roof -- and the fire was in between the ceiling and the roof. Because of that, you can't really access it. We don't want to put firefighters at danger and put them into the building, so you have to access it from the outside or from the top," said Capt. Fischer.

Firefighters used foam to extinguish hot spots in the structure -- after the main fire was put out.