Tennis program teaches inner-city youth life skills, on and off the court

Tennis program teaches inner-city youth life skills, on and off the court 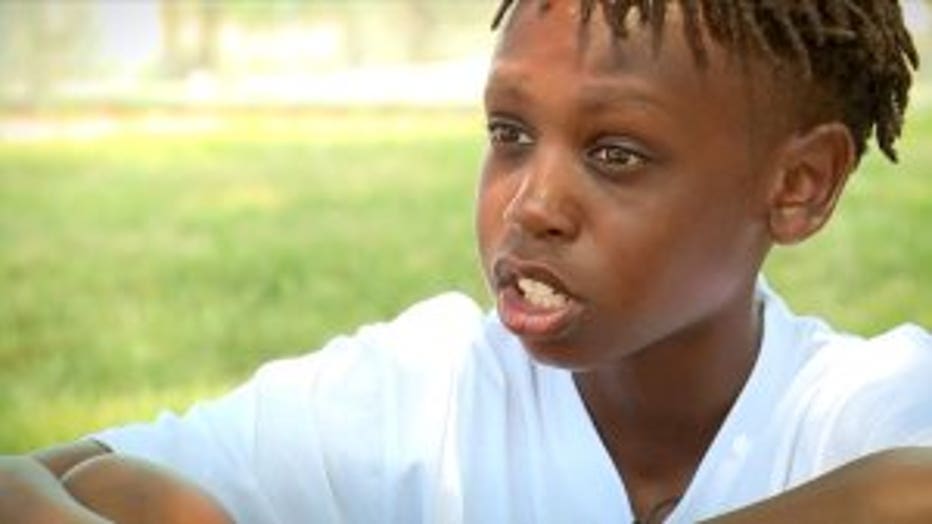 MILWAUKEE -- Tennis requires power, grace, and just the right tough to take control of a match, and a Milwaukee program is teaching kids how to perfect those skills, with organizers also working to diversify the game.

On the tennis courts at Milwaukee's Merrill Park, there's a lot on the line. The hard courts feature competition and repetition, but not every ground stroke yields success.

"They're not afraid to swing for the fences, and sometimes they hit it," said Tony Broaden.

Sometimes they hit winners, with just the right form and follow through.

"Practice is tough, but it is just preparing you for the real thing," said Josiah Jacobs.

Jacobs was one of dozens of young players hitting on a scorching summer morning.

"I picked up tennis about two and a half years ago," said Jacobs. 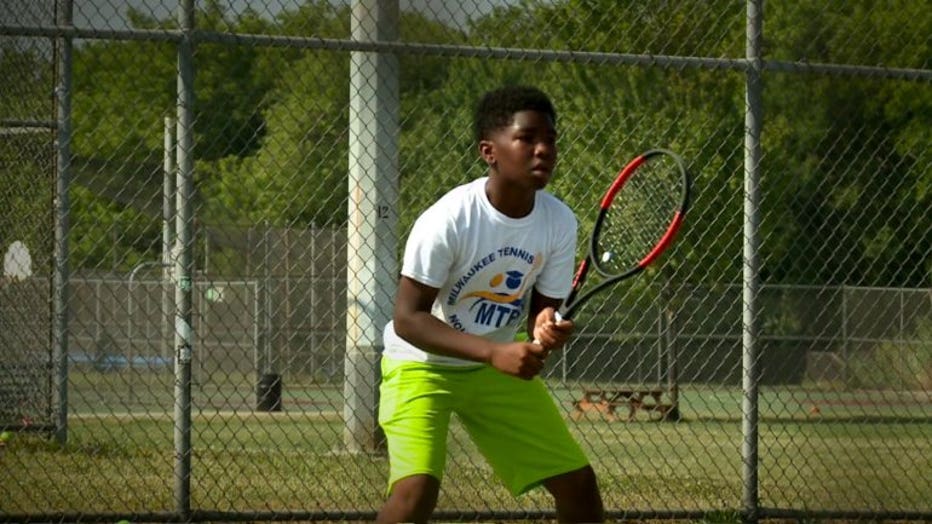 A tennis rookie, FOX6 found Jacobs taking the proper steps toward improving his speed and footwork.

"It was hard," said Jacobs. "It was tough. I kept going because I had challenges."

Through the Milwaukee Tennis & Education Foundation, young people are able to pick up a game filled with challenges, and figure out how to battle through. 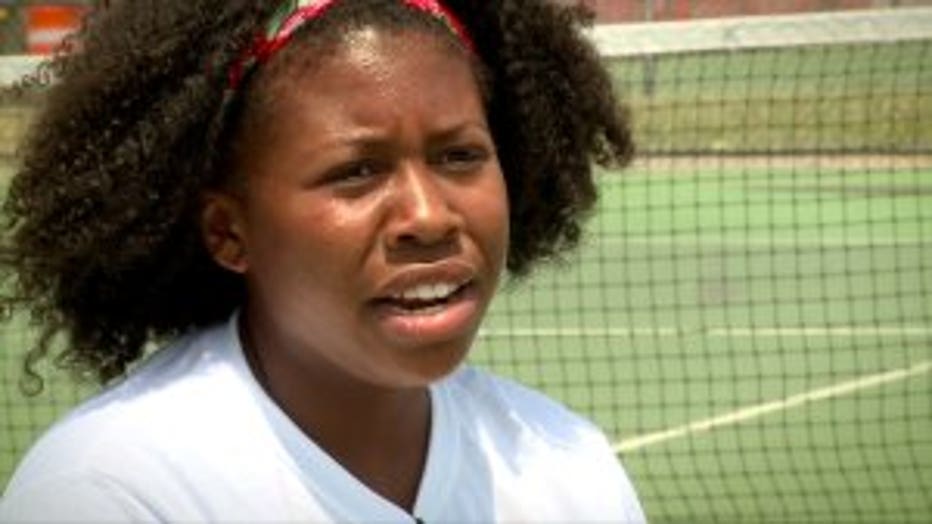 "You learn how to keep calm," said Jailyn Powell. "It's easy to get frustrated."

The majority of the players involved in the program come from Milwaukee's inner city -- an area not often associated with this sport.

"They're determined to play, even in a sport that, sometimes, there are not a lot of people of color playing," said Powell. "Honestly, when we play country clubs, I'm like, 'Wow.'"

Powell is in the high-performance section, and competes on her high school team.

"It's just relaxing to me to play," said Powell. 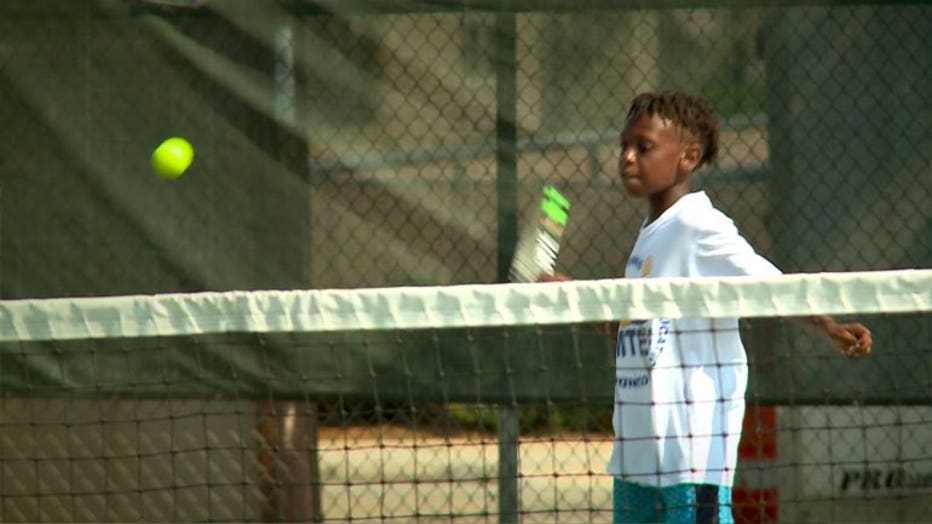 In tennis, every point takes perseverance.

"One thing the kids really learn to do is overcome their failures and to work through their mistakes," said Powell.

Broaden, Joel Rodriguez, and Julian Rheames serve as coaches, teaching technique and offering insight. Rheames and Rodriguez are products of the program.

"Patience is number one," said Rheames. "I remember when I just started, I was really bad."

"I started freshman year of high school," said Rodriguez. "If you know anything about tennis, that's very unheard of."

Both now compete at the college level. 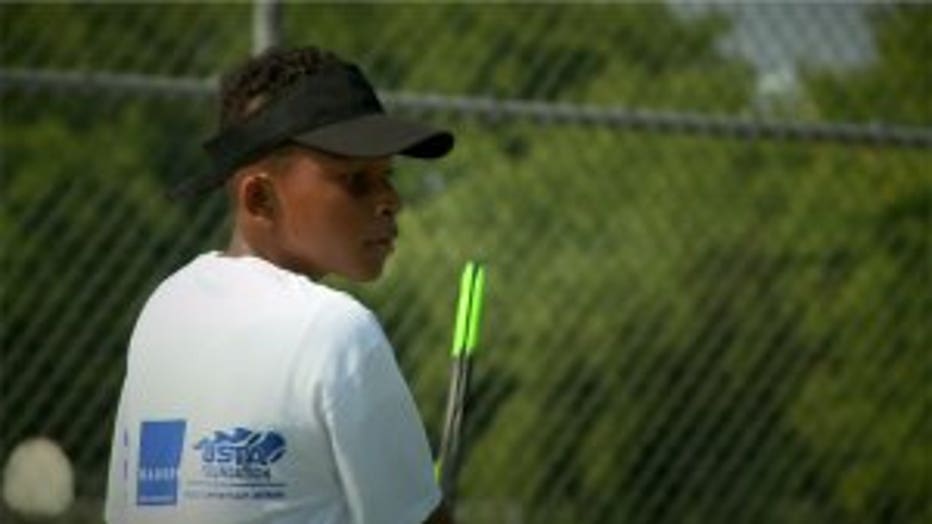 "It's welcoming and really heartwarming to see other people that look like you playing the same sport you love," said Rheames.

The program also involves kids sitting in sessions to strengthen their minds off the court. One session involved towers made of marshmallows and pasta.

"You need more support, right?" said Rodriguez. "So how about you extend the base a little more?"

It was a beneficial exercise that added an advantage that transferred directly back to the court. 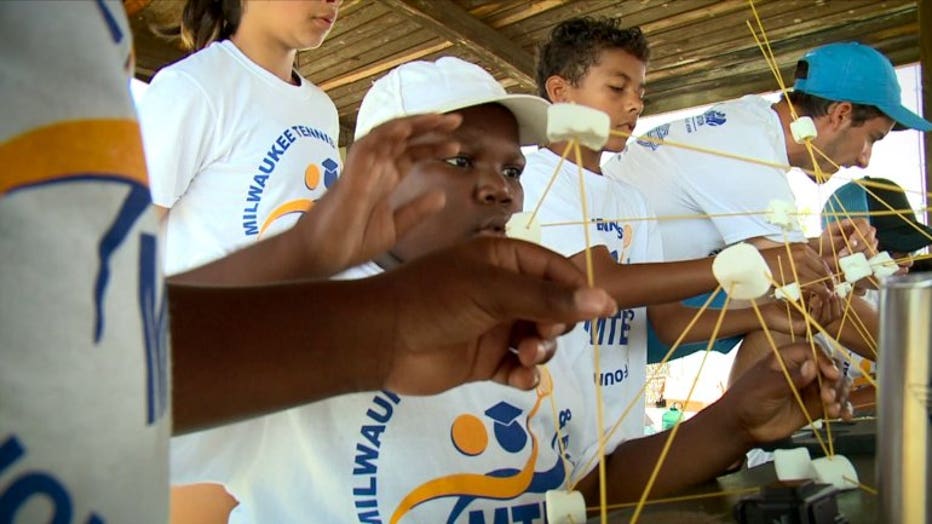 "It's a very simplistic way of approaching structure," said Rodriguez. "The main thing I want them to focus on is working together as a team."

"If I keep trying, I'm going to make it," said Jacobs.

Other sessions that are part of this program involve nutrition, life skills, and Milwaukee's history, and the program is year-round.