WEST BEND -- Washington County officials said Governor Tony Evers' "Badger Bounce Back" plan to reopen the state amid the coronavirus pandemic is too vague, so they unveiled their own on Tuesday, April 21. County leaders said their "Blueprint for Reopening Washington and Ozaukee Counties" balances public health and the local economy.

Governor Evers on April 16 directed Wisconsin Department of Health Services (DHS) Secretary-designee Andrea Palm to extend the "Safer at Home"’ order from April 24 to 8 a.m. Tuesday, May 26 — or until a superseding order is issued.

On Monday, Governor Evers issued the "Badger Bounce Back" plan, spelling out the criteria that must be met before schools and businesses can reopen in the state amid the coronavirus pandemic. The plan envisions a phased reopening, triggered by a 14-day decline in positive COVID-19 cases, along with progress in bolstering testing, tracing and tracking of the pandemic, and acquiring more protective equipment for those on the front lines of fighting the virus. There is no timeline for when businesses will be able to start to reopen under the plan, which largely mirrors federal guidelines. 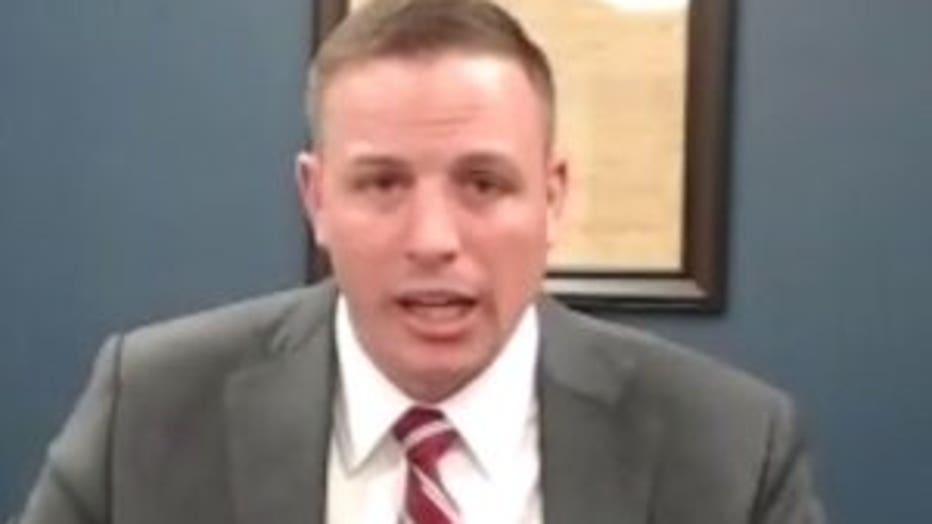 Schoemann said in his opinion, May 26 is just another day.

He said meeting benchmarks is all that really matters.

"This plan gives us a launching plan with specifics to get there," said Schoemann. 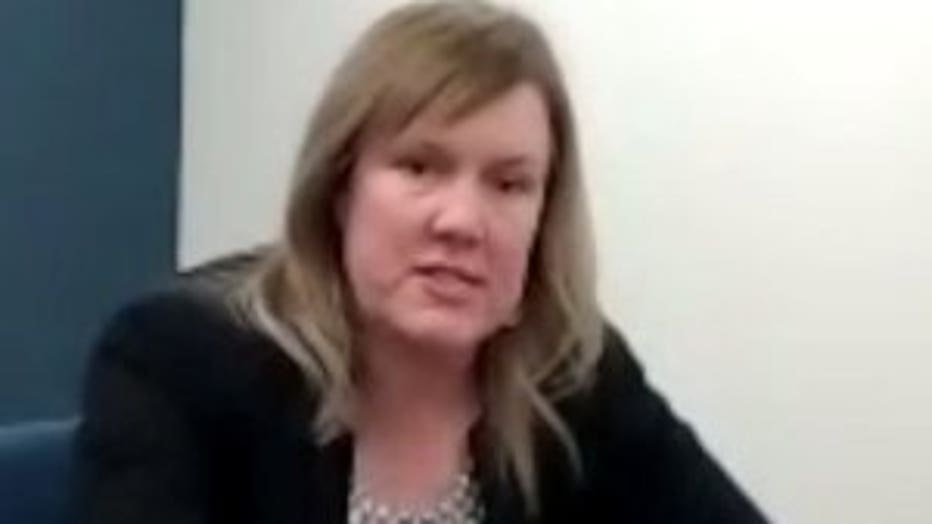 "Our plea is for people and businesses to work with us," said Johnson.

The four-phase roadmap to reopening was based off a report by the American Enterprise Institution -- a conservative public policy think tank.

"I think the people who wrote it are some of the most respected scientists," said Johnson.

The blueprint is specific to Washington County, and lays out four virus-related benchmarks for declining cases, increased testing, hospital capacity and contact tracing. All must be hit in order to fully reopen.

Meanwhile, the blueprint allows some businesses to at least partially open, as long as social distancing guidelines and other recommendations are adhered to.

"We believe now is the time to turn the dial, not just talk about it," said Schoemann.

Schoemann and Johnson said Tuesday their plan balances public health and economics, and because it's not based on a date more than a month away, it offers business owners and out-of-work employees something of value.

"People want hope, and this plan gives them a little bit of hope, and also turns the dial up," said Schoemann. 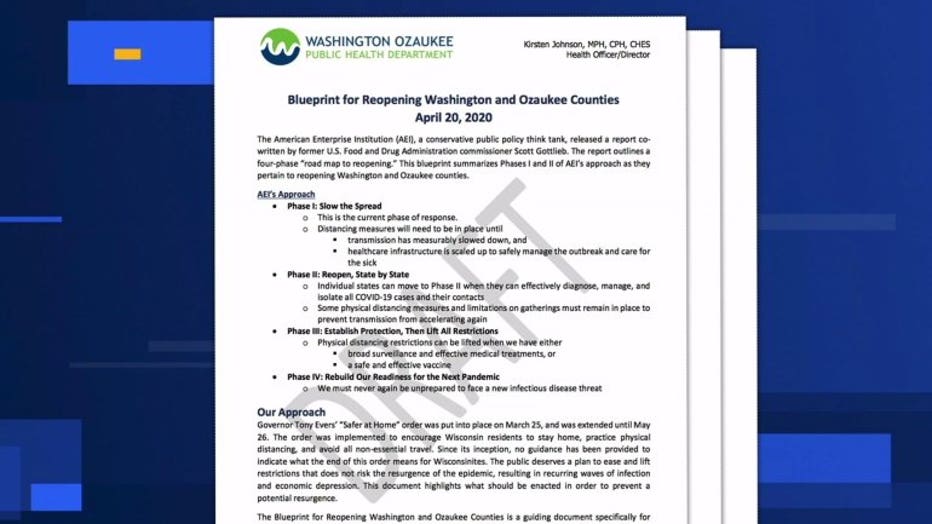 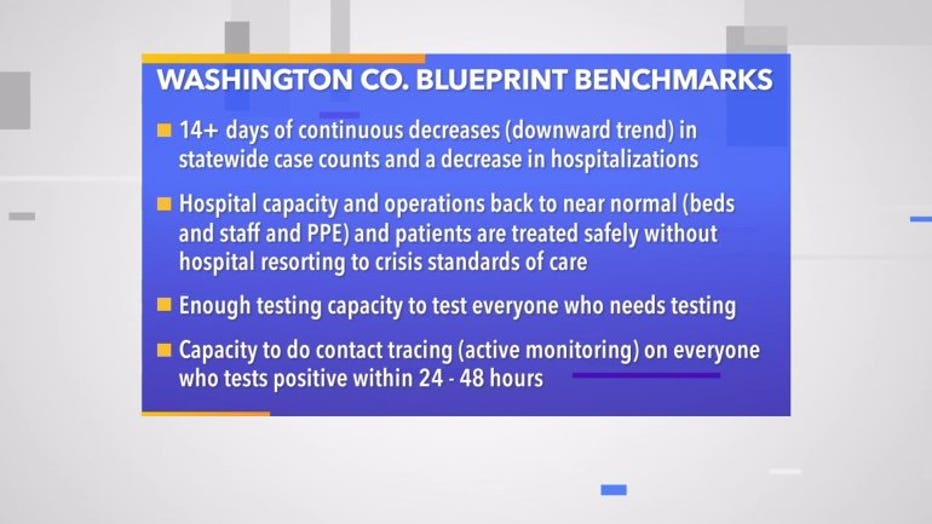 According to Johnson, as of Tuesday, two of the four benchmarks to fully reopen had already been met.

"The Ozaukee County Board will discuss the blueprint later this week or early next week at a special meeting.  In my discussions with the County Board Chairman Ozaukee County does not plan formal adoption at this meeting.  The county will allow the legal challenges to the extension to Governor Evers’ Safer at Home order to be resolved and adhere to the guidance of the State Supreme Court.   We will rely on the blueprint as a guide as Ozaukee County reopens following the clarity that the legal decisions at the state level will provide."

FOX6 News reached out to Governor Evers' office. His spokeswoman issued this statement to FOX6:

"It looks like their blueprint is pretty similar to what the governor outlined in the Badger Bounce Back plan, which was informed in large part by the president's plan. Everyone is eager to reopen our economy, but we need to see a sustained decline in positive cases first, and also build the infrastructure needed to significantly expand our testing capacity to 85,000 tests per week, have adequate PPE for our healthcare workers, and increase our contract tracing efforts. All these plans agree on those being the key metrics.

The governor understands that this is incredibly difficult and that people around the state are making sacrifices to help keep their family, friends, and neighbors safe. Safety is the top priority. We appreciate that millions of Wisconsinites are doing the right thing by staying Safer at Home. The more we stay home now, the sooner we will be able to stop the spread of this virus and get back to our Wisconsin way of life."

CLICK HERE to take a look at the blueprint.