MADISON (WITI) -- Governor Scott Walker is opening up about his recent victory in the November 4th General Election -- and a possible run for president in 2016. Governor Walker sat down with FOX6's Mike Lowe in Madison for a one-on-one interview.

The Wisconsin state motto is "forward," but this one-on-one interview began by looking backward -- to the recently wrapped up campaign that resulted in Governor Walker's third victory in four years. 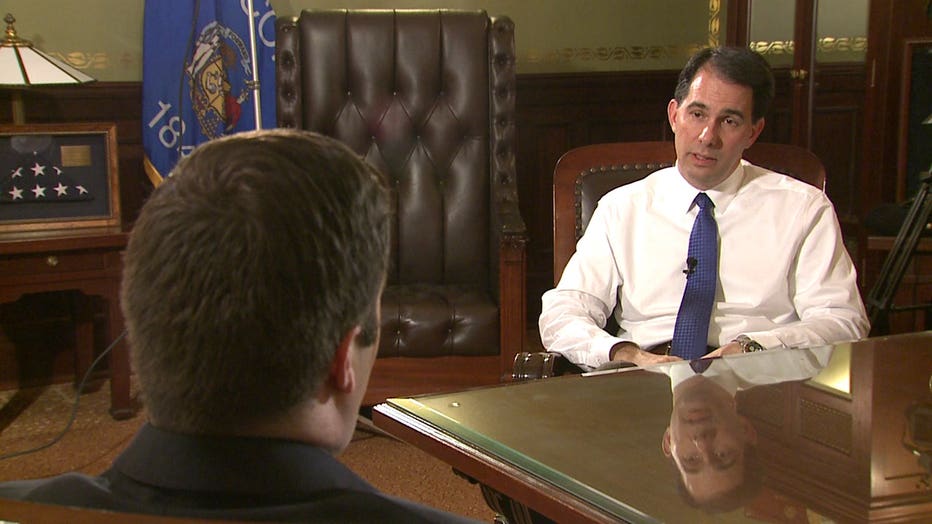 FOX6's Mike Lowe: "What surprised you about the campaign?"

Governor Walker: "The outside influence. I knew I was a target, but boy -- to the end -- we were the number one target. I was surprised some of the outside groups didn't come in and say 'he's one of our top (priorities)', but they saw this as their number one priority because if I won -- because other leaders might look at what we've done and they might do it in those jurisdictions as well, and I think they have."

Mike Lowe: "What did you think when your bald spot became an issue in the campaign?"

Governor Walker: "One of the frustrations for my campaign staff is they felt -- for whatever reason -- my opponent largely faced little or no scrutiny about anything, so it was an interesting contrast when I talked about the bald spot on the back of my head, which has admittedly grown beyond just being the focal point of a story or two. It was just one of those things where you raise your eyebrows and say, 'really?' But, you know, it is what it is."

Mike Lowe: "Does that indicate to you that sometimes, that journalists and political campaigns themselves get off track into more image or superficial things than the substance of the real issues?"

Governor Walker: "It almost becomes like covering a sporting event as opposed to what it means to real people's live, but that's just the way it is. Right or wrong, it's just one of those realities. I've just learned that if you're going to get worked up about those things, you'll do a lot to shorten your life span."

Mike Lowe: "Do you think that drives good candidates out of the political world?" 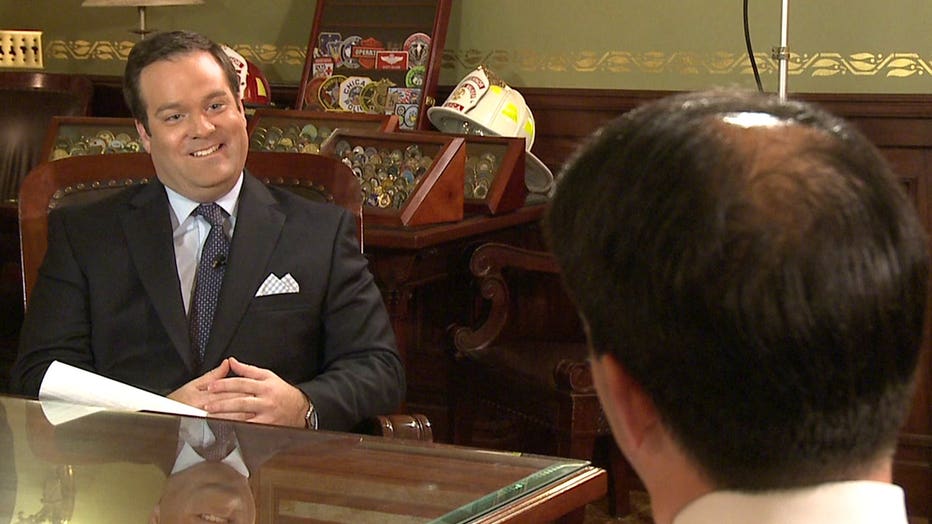 Mike Lowe: "Why do you want to continue to do this if that's what people obsess about?"

Governor Walker: "I think there's no doubt about it -- people look and say, 'why would I subject myself and my family to that?' I'm just fortunate that my wife Tonette has been so endearing throughout all of this. And we've been blessed -- both Tonette and I -- to have two sons that instead of running away from it, they've actually both gotten interested in it themselves."

Mike Lowe: "How do you think that's altered them and changed them, growing up with a life in politics?"

Governor Walker: "Oh, they're a lot tougher. They're a sophomore and junior now, but I told them both when they went to college for the first time, I pulled them both aside and said, 'there's nothing in college that will be any more of a challenge for you than what we went through our first year as the governor and the first family.'"

Mike Lowe: "Would you counsel them to get into politics or to stay out of it?"

Governor Walker: "To me, I'm going to support them no matter what. If this is what they want to do, I'll warn them about the trials and tribulations, although I don't know how much I can warn them because they've lived it. They've seen it."

Mike Lowe: "Everything that you're talking about would be ratcheted up 1,000 times if you ran for president."

Governor Walker: "Other than maybe the president's daughters, I don't know of any other children of an elected official who have gone through the kind of scrutiny that Matt and Alex have the last couple of years."

Mike Lowe: "Do you have a sense that this is your moment?"

"The closer you get to something like that, the more you realize -- you have to be crazy to want to be president."

Governor Walker: "To me, I'm not going to run just because of the pundits or anything else like that. The closer you get to something like that the more you realize -- and I say this only half jokingly -- that you have to be crazy to want to be president. And anyone who has seen pictures of this president or any of the former presidents can see the before and after. No matter how fit, no matter how young they are, they age pretty rapidly when you look at their hair any everything else involved with it. Whether it's two years, six years or 20 years from now -- because I think of Hillary Clinton. I could run 20 years from now and still be about the same age as the former Secretary of State is right now. The only thing I think someone is sane should want to be president, or should run for president not because they want to be or yearn to be, but because they feel called to. Right now, I still feel called to be the governor of the state of Wisconsin, and I'm going to do the best job I can over the next four years."

Mike Lowe: "It has been said that this is a 'no excuses' four years for the Republicans. Do you agree with that? That you have to get done what you say you're going to get done?"

Governor Walker: "Totally. I said that to some extent four years ago. I said 'it's put up for shut up time' to the Assembly and Senate who at that time had just come into the majority. The same thing I said in a column the other day to my friends heading off to Washington. It's put up or shut up time. Now is the time to lead."

Governor Walker will be sworn in for his second term on January 5th at the Capitol in Madison.