The Bruce-Guadalupe School gym was electric with people eager to see and hear the president. A group of people not going inside gathered across from the school -- just to get a glimpse of the president's arrival. 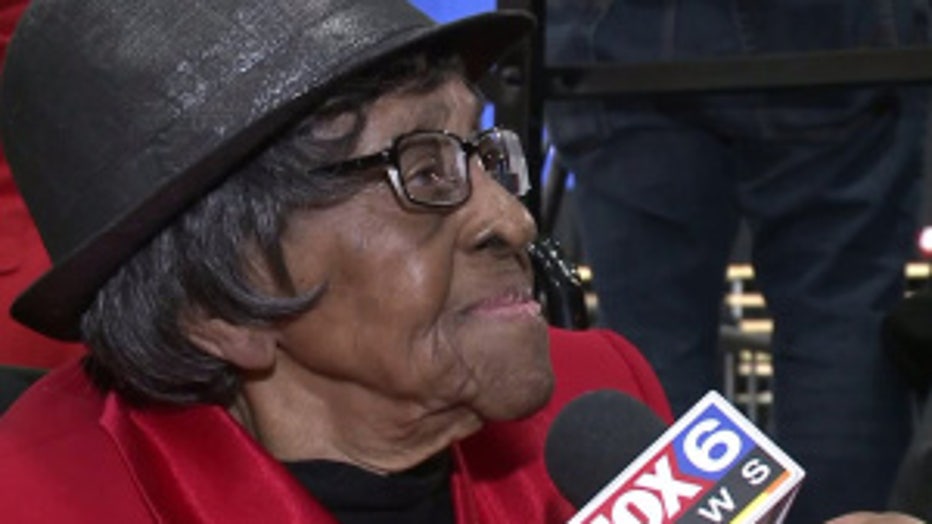 Waiting in the wings at the gym was 101-year-old Kathleen Cunningham of Milwaukee. She is definitely one of the president's oldest supporters.

"I think he did a good job being the president," said Cunningham.

The president came to congratulate the Milwaukee Enrollment Network for assisting 38,000 people enrolling in the Health Insurance Marketplace as part of the Affordable Care Act. The city beat out 19 other communities in the Healthy Communities Challenge. 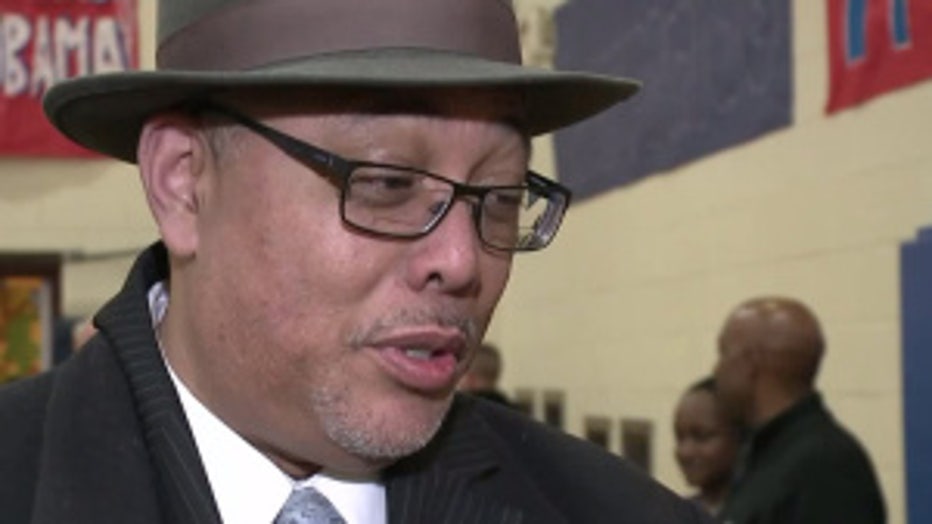 "We take a lot of pride in all that we do at the health department and the people that we enroll and all the citizens that can get health insurance now. For us, it just gives us another big push. The work is never over. It's not done and we actually enroll the entire year," said Frank Robinson, supervisor of the Community Healthcare Access Program.

As for Cunningham, she got a personal kiss from and chat with the president. Cunning hams kind of adopted the president. Her granddaughter told FOX6 News she calls him "her boy."

Sampaguita Jones, from Chicago, was another one of the people excited to see the president up close, and in person. 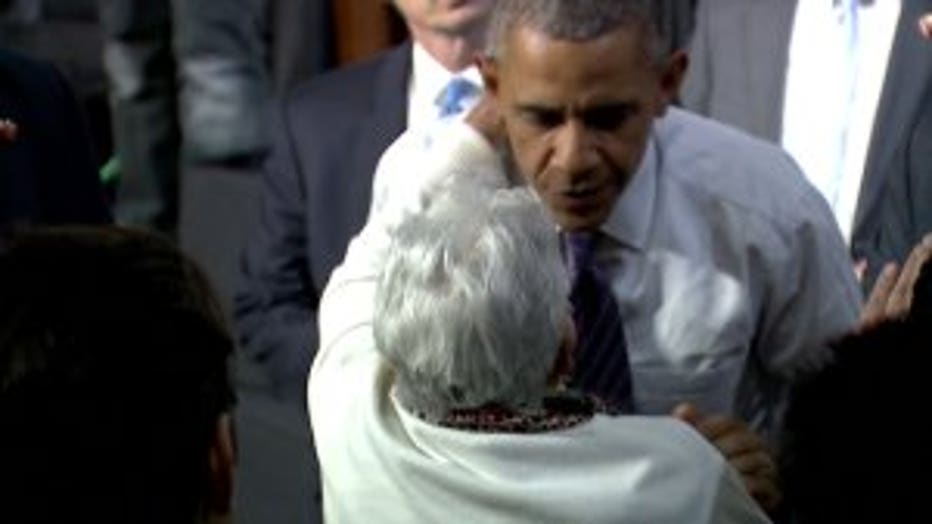 "Today was just, something different.  I don't want to say 'magical,' but it was amazing," Jones said.

For Jones, the topic of President Barack Obama's address hit close to home. She has been living with Type 1 diabetes for most of her life.

"It was very important for me to be in the crowd because of my health care issues. I was denied care and was unable to get my meds in order to live.  With the health care reform act, I was able to get my meds. Just to hear the other stories of people who had the same experience as myself was great," Jones said. 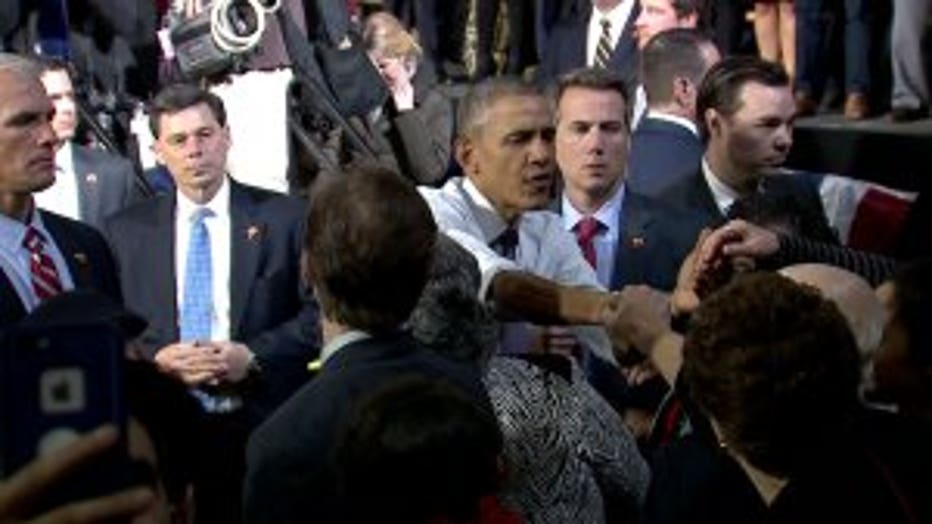 "I said 'hi' and then I was a little star-struck. It was nice to meet him and touch his hand. It was just great," Shannon McCormick, a student at Marquette University said.

"It was very exciting," Michaela Clow, a student at Marquette University said.

"I just said 'hello Mr. President, I love you.' It was magical. It was amazing to even touch him," Jeannie Gonzalez from Lake Geneva said

This was President Obama's first time back in Milwaukee since late 2014 -- always either campaigning or on official White House business.

He said Thursday he hopes to someday come back for fun -- at Summerfest.