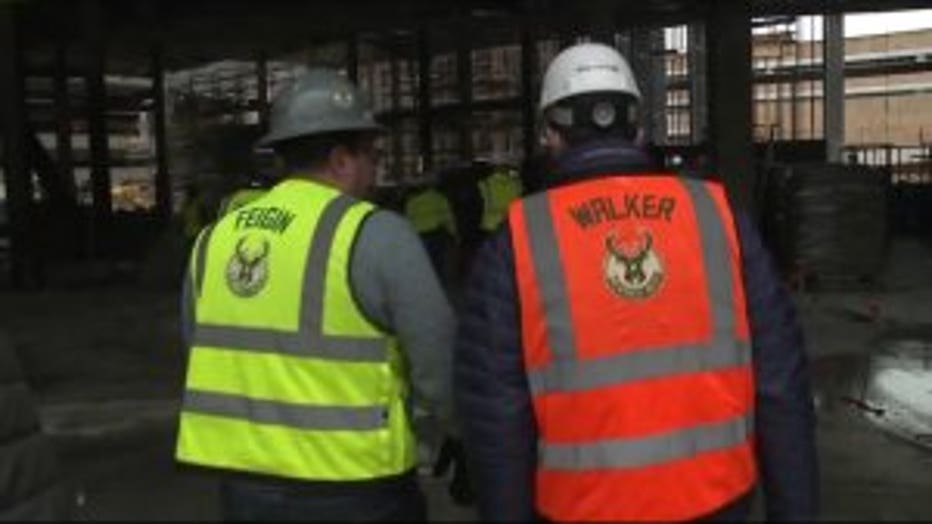 Walker got a tour from team president Peter Feigin and other Bucks officials. With hardhats on, they walked into the seating bowl, onto the arena floor and then up to the suite level. Bucks officials said they'll start building the arena's roof later in April, and said they want to get a naming rights deal in place soon.

Team officials said close to 500 workers are now on site, and up to 800 will be on the job later this year as construction continues. 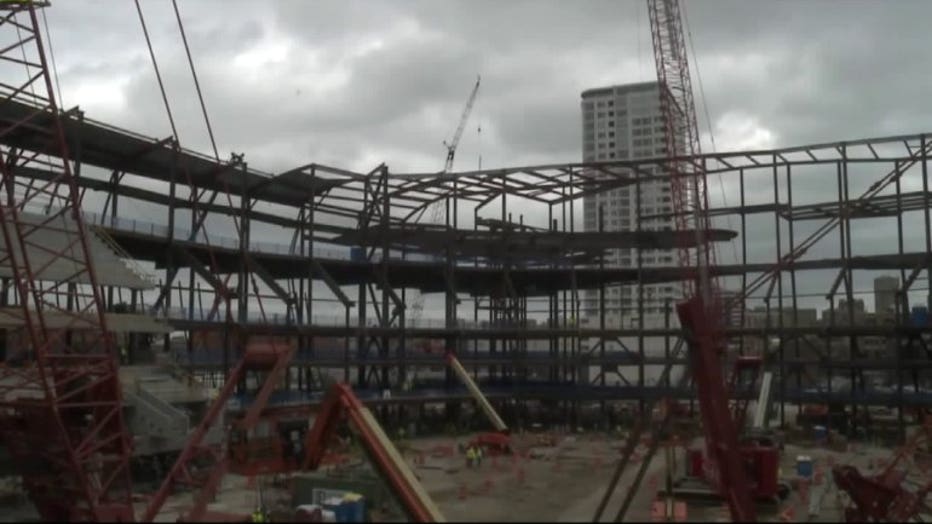 "We've got long spans going over the roof that'll hopefully close up by the end of the summer, and we're looking on schedule by Thanksgiving to really have the building closed up and then focus on the interiors," said Feigin.

As of Tuesday, work was centered on finishing the concrete seating bowl. The team has already chosen the seats themselves.

Behind the scenes, Feigin said the Bucks are talking with "several" companies about the arena's naming rights. He said all of the companies have a presence in Wisconsin as well as a national and international presence. 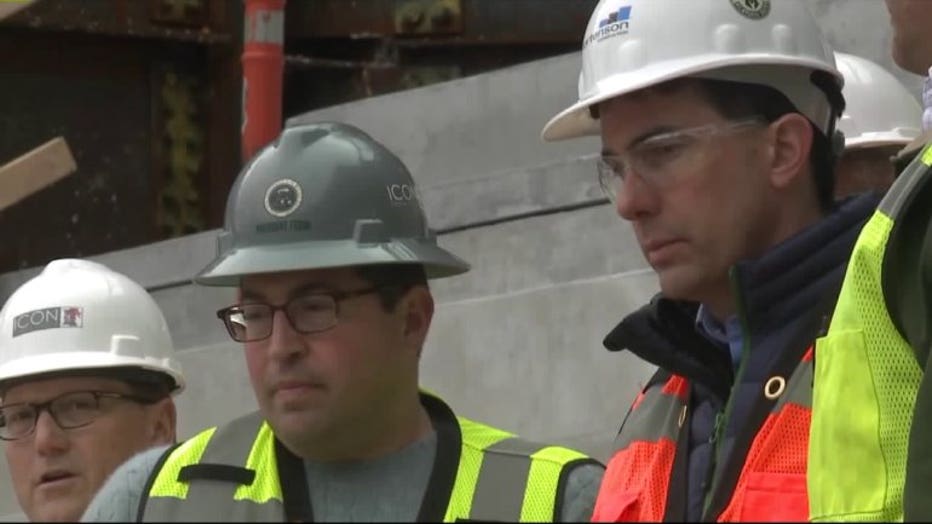 "We're looking to do it quickly to accelerate the process. Obviously the sooner you have a naming rights deal, the sooner we can actually blend them into the branding and the infrastructure of the building," said Feigin. 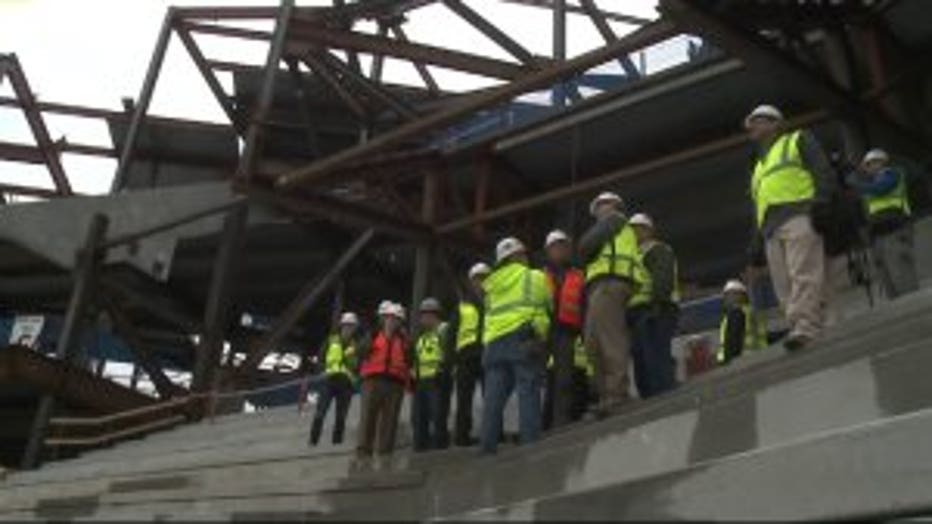 Taxpayers are paying half the arena's $500 million cost, which required a contentious fight in Madison in summer 2015 before the state Legislature finally approved the funding mix.

FOX6 News asked Walker to reflect on that -- now that the arena is being built and the Bucks are bound for the NBA playoffs this year. 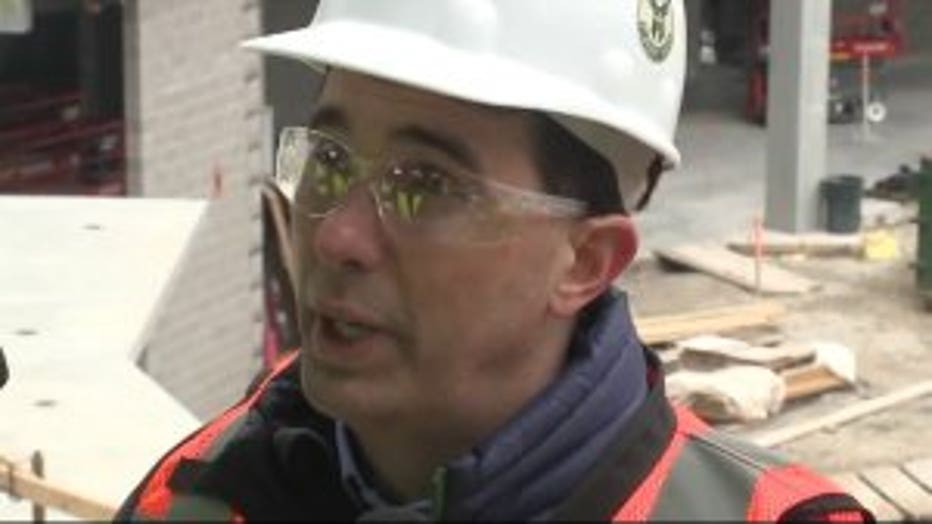 "I think people seeing the work being done, the construction being done here, the good-paying, family-supporting jobs that are a part of putting this together, I sense not only here in Milwaukee, but across the state there's a lot of excitement -- and certainly the Bucks being in the playoffs helps that," Walker said.

Star forward Giannis Antetokounmpo's jersey is now the ninth-biggest seller among all NBA players, and Feigin said Antetokounmpo's season has helped the Bucks with branding and has enabled the team to sell the urgency of the new arena.

The Bucks are scheduled to leave the BMO Harris Bradley Center and start playing in the new arena in the 2018-2019 season.