LONDON -- Two tired but beaming parents and one blissfully sleeping baby posed for the cameras Wednesday as Prince Harry and Meghan, the Duchess of Sussex, helped satisfy a huge global appetite for images and details about their newborn son.

Standing in the vast, red-carpeted St. George's Hall at Windsor Castle, Meghan declared the baby was "a dream" and called motherhood "magic." 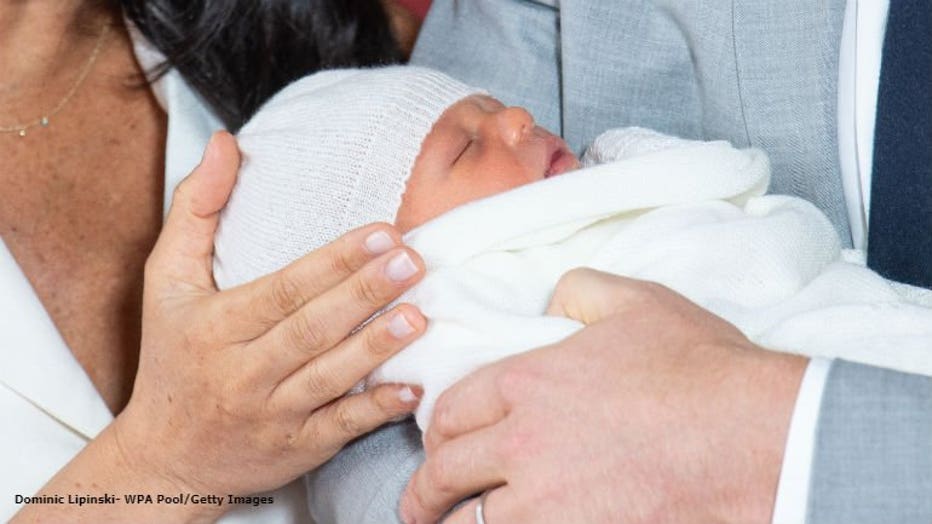 Harry cradled his son in his arms as the couple posed for the cameras — the first in a lifetime of photo calls for the two-day-old baby, who is seventh in line to the British throne.

Baby Sussex, whose name has not been announced, lay silently, swaddled in a white blanket and wearing a matching knitted cap. He was born Monday at 5:26 a.m. and weighed 7 pounds, 3 ounces (3.26 kilograms).

Meghan declared motherhood to be "magic." 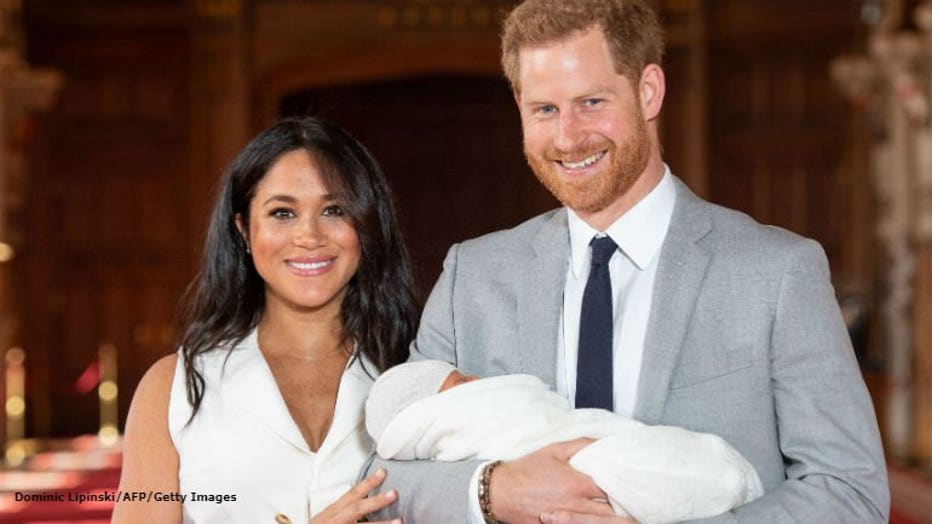 TOPSHOT - Britain's Prince Harry, Duke of Sussex (R), and his wife Meghan, Duchess of Sussex, pose for a photo with their newborn baby son in St George's Hall at Windsor Castle in Windsor, west of London on May 8, 2019. (Photo by Dominic Lipinski / P

"It's pretty amazing," said the 37-year-old American, formerly known as Meghan Markle. "I have the two best guys in the world, so I'm really happy."

She said the baby had "just been a dream."

"He has the sweetest temperament. He's really calm," she said.

Harry quipped: "I wonder who he gets that from." 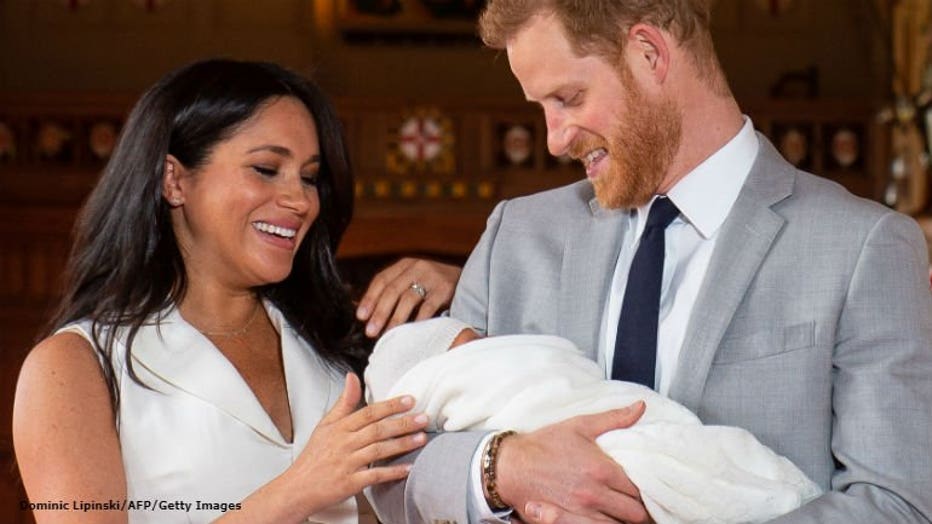 Britain's Prince Harry, Duke of Sussex (R), and his wife Meghan, Duchess of Sussex, pose for a photo with their newborn baby son in St George's Hall at Windsor Castle in Windsor, west of London on May 8, 2019. (Photo by Dominic Lipinski / POOL / AFP)

Asked which parent the baby took after, Harry said it was too soon to tell.

"Everyone says that babies change so much over two weeks," said the 34-year-old prince. "We're basically monitoring how the changing process happens over this next month really. But his looks are changing every single day, so who knows.

"We're just so thrilled to have our own little bundle of joy," he added.

The couple left the photo call to introduce the baby to his great-grandparents, Queen Elizabeth II and Prince Philip. The infant is the eighth great-grandchild of 93-year-old Elizabeth, Britain's longest reigning monarch.

Meghan's mother, Doria Ragland, is staying with the couple at their Frogmore Cottage home near the queen's Windsor Castle residence.

Family members have welcomed the new arrival with Prince William, Harry's older brother, joking Tuesday that he will be glad "to welcome my own brother into the sleep deprivation society that is parenting!"

"Obviously thrilled, absolutely thrilled, and obviously looking forward to seeing them in the next few days," William told reporters.

Meghan, the former star of the TV show "Suits," married Harry, the ex-soldier younger son of Prince Charles and Princess Diana, in May 2018. An audience of millions around the world watched the spectacular televised wedding ceremony at Windsor Castle, 20 miles (32 kilometers) west of London.