WAUWATOSA, Wis. - Multiple car crashes and a pursuit called "stupid" and "ridiculous" are among the details about Wauwatosa Police Officer Joseph Mensah now made public. The 1,654 pages of emails are from a public records request filed by Attorney Kimberley Motley as she prepared a case against Mensah for a hearing before the Wauwatosa Police and Fire Commission -- a hearing now canceled because Mensah will resign on Nov. 30. 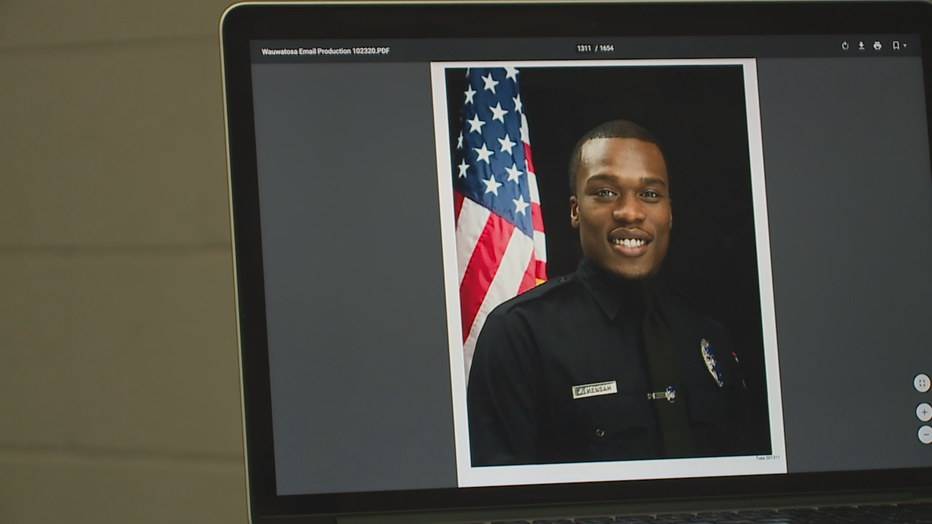 Ahead of Mensah's planned resignation, Motley shared the emails with FOX6 News -- offering an inside look at the Wauwatosa Police Department.

The emails between members of the department either mention Mensah or involve him. 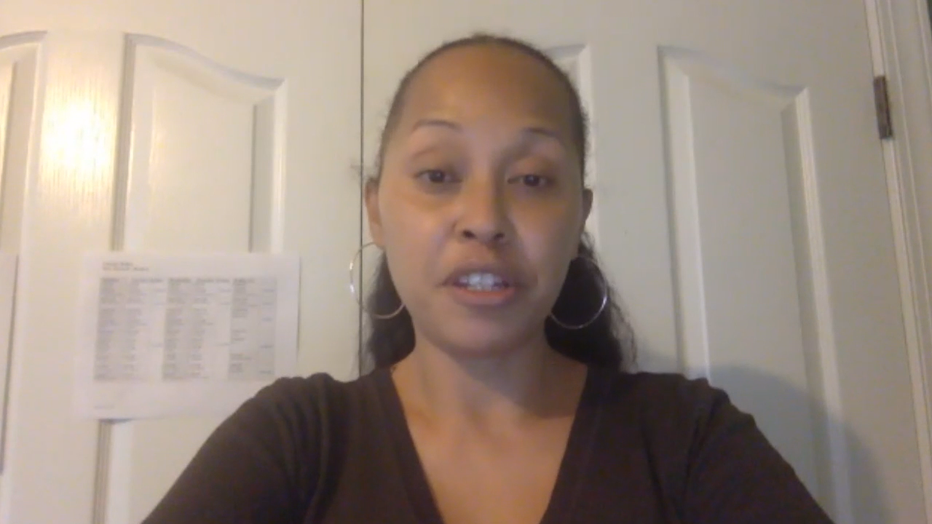 The emails are now available online. They list Mensah's start date with the department as Jan. 3, 2015. Antonio Gonzales was shot and killed by Mensah seven months later. He was cleared of criminal charges in October.

In January 2016, when applying for a new position, one of Mensah's supervisors wrote: "I strongly suggest that Mensah would not be selected for this. In his first week, I have come across several issues with him as a police officer."

Six months later, in June 2016, Jay Anderson was shot and killed. Mensah was cleared of criminal charges in December.

In 2017, an email says Mensah was involved in 14 pursuits -- four of those lead to "on-shift counseling." 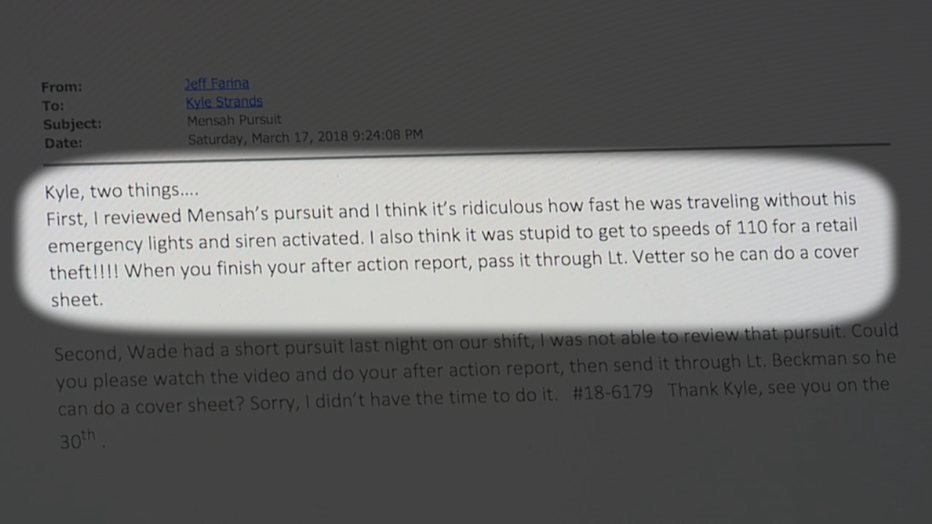 On March 3, 2018, another pursuit would lead to an email from a supervisor saying, "I think it's ridiculous how fast he was traveling without his emergency lights and siren activated. I also think it was stupid to get to speeds of 110 for a retail theft!!!!" The report for that pursuit, in part, reads Mensah "had the 'get the bad guy' urge that took over his decision making."
More on-shift counseling was recommended.

In 2019, Mensah was involved in three different crashes while on the job. One ended with a formal letter of reprimand.
After another, a supervisor recommended a one-day suspension, but that was later changed to a letter of reprimand or less.

The emails don't just include problems. There are several compliments from residents about Mensah -- one reading: "Officer Mensah questioned our daughter and he had the right balance of concern, compassion and understanding."

FOX6 News reached out to Wauwatosa Police Chief Barry Weber for comment. On Friday, the department released a statement saying that Mensah will be missed and is resigning in good standing with the department.

Joseph Mensah signs off on his resignation from Wauwatosa PD

The City of Wauwatosa and Officer Joseph Mensah signed off on his resignation agreement on Wednesday, Nov. 18.