The milestone was a long time in the making for Walt Raebel, 90. He had to pass on getting a degree twice. The first time was so that he could serve the country in World War II, and the second time was to help his family after his father passed away.

He was just a few credits shy of graduation, and said Saturday he's thankful.

"Well, now that I'm such an old man, I've got a big bucket list -- and there are things on that list that I'd like to accomplish before anything else happens, and this was one of them," said Raebel. 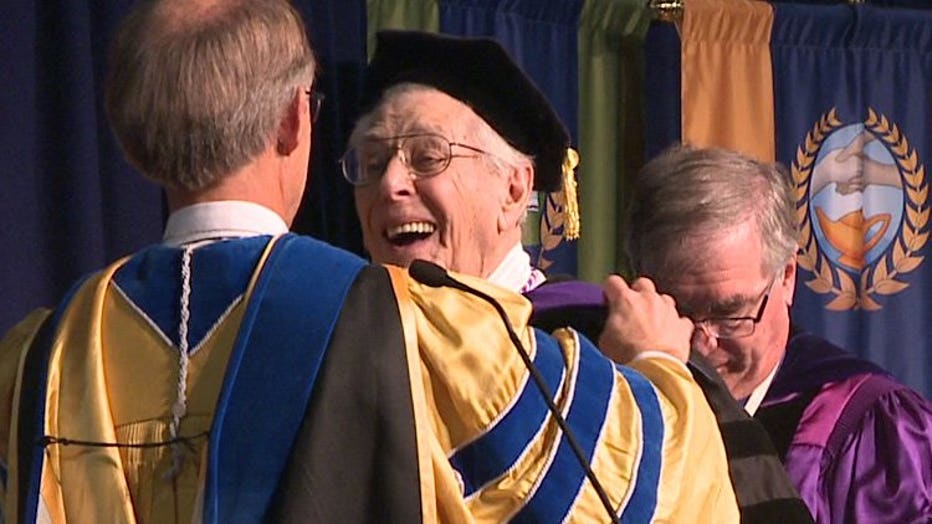 Officials with Concordia's "Veterans Services Department" were instrumental in lobbying for Raebel to receive his degree.