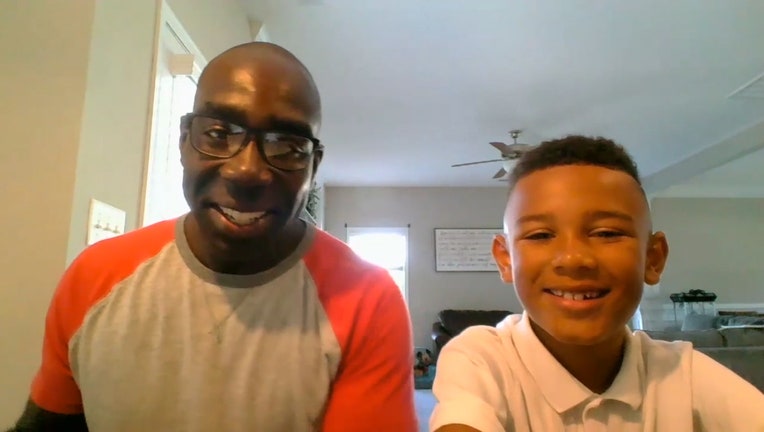 Michael Melvin helped track down the previous owner of the their SUV where his son, Landon, found an envelope filled with $5,000. The South Carolina family thanked Landon by handing him $1,000 for his good deed. (Courtesy: WRTV)

PLAINFIELD, Ind. - An Indiana family purchased their Chevy Suburban back in September, but it was only recently that 9-year-old Landon Melvin was cleaning the SUV and found an envelope containing $5,000 under a floor mat.

According to WRTV he told his dad, Michael, about the package. His response was simply, "OK, whatever."

But then, Landon responded with, "No Dad, I really did."

Michael walked over, thinking it could just be paperwork, but took a much closer look. It was $5,000.

The Melvins tracked down the previous owner of the SUV. It turned out, the family – who are from South Carolina, had taken a trip to Florida for a cruise, reports WRTV. They brought the money with them, and forgot where they placed it.

They were happy to get the cash back, but insisted Landon keep $1,000.

Landon hasn’t quite decided what he wanted to do with the money yet.

"I have no idea," Landon told WRTV. "It's upstairs in my mom's room. I'm thinking of all things I can buy."