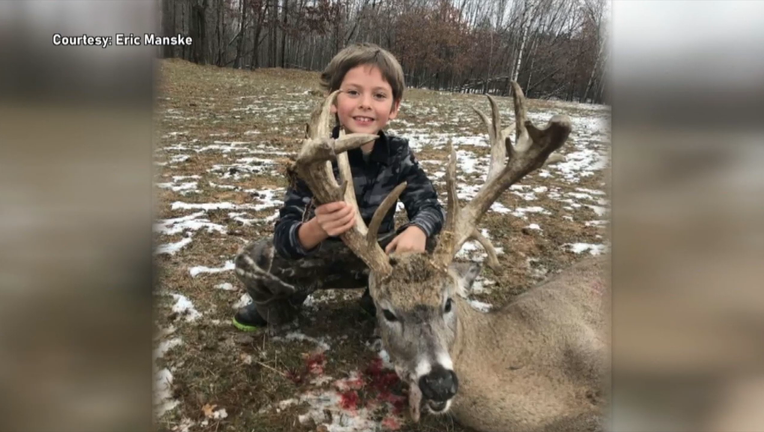 OCONTO COUNTY, Wis. - A 7-year-old boy had a very successful gun deer hunting season in Oconto County, with the points on his buck -- triple his age.

"For him to be able to shoot a animal that size, and everything else, it was just amazing," Eric Manske, father of 7-year-old Jericho Manske, told WLUK. 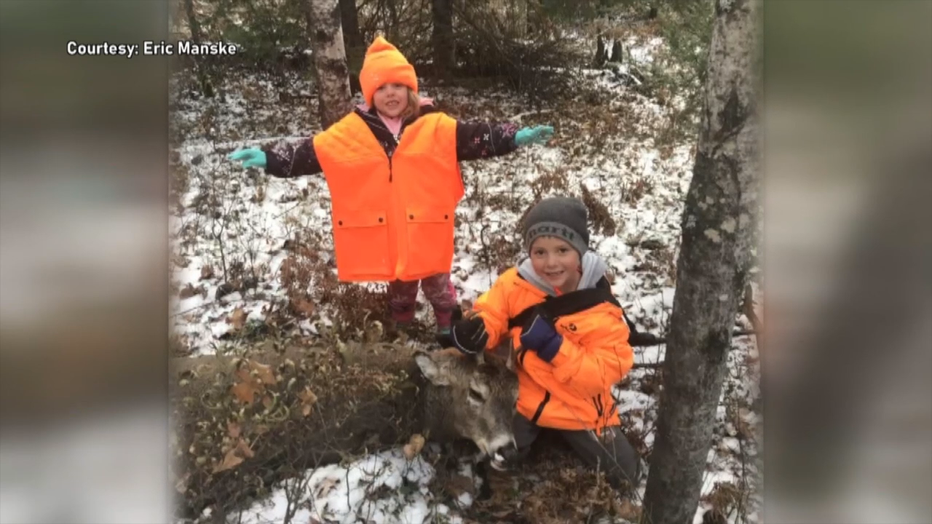 According to WLUK, it happened on an Oconto County deer ranch.

"I didn't really get a good shot at it, but I got it in the throat, then out the shoulder," said Jericho Manske.

"It’s always been one shot," said Eric Manske. "He hasn’t ever taken more than that at an animal."

Perhaps because Manske's son started practicing at a young age. 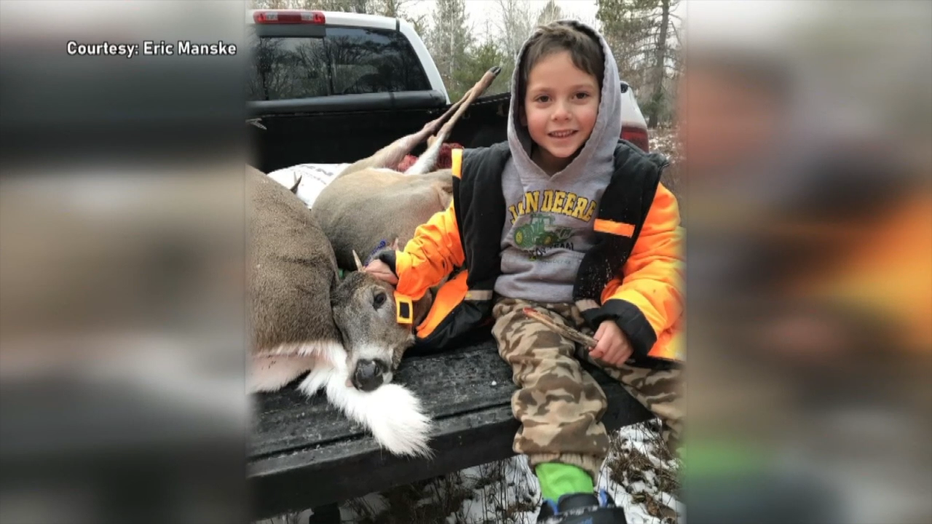 "I mean, I had him shooting a BB gun at target when he was probably 1," said Eric Manske. "He shot a spike when he was 5 in Michigan, and a six-pointer last year at 6 years old."

"I stand behind him and press the bottom of the stock so it absorbs some of the impact on his shoulder, and then he does everything," said Eric Manske. 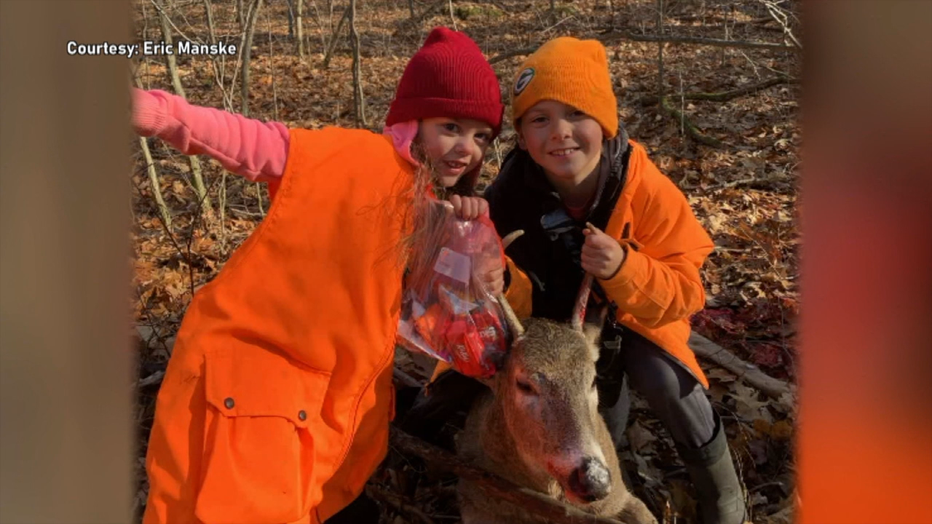 "I got set up, and I just pulled the trigger and I was shooting from 50 yards," said Jericho Manske. "It ran 30 yards and it dropped.

"For him to shoot something like that, it’s just amazing," said Eric Manske. "Whether it’s on a ranch or in the wild, to watch him, see the excitement."

The 21-pointer is now at a local taxidermist awaiting a chest mount -- the prize of a lifetime at just 7 years old.

Jericho Manske says he wants to work for the Department of Natural Resources or be a game warden when he grows up.