WAUWATOSA -- Valentine's Day is a day to make an impression on the one you love. The hope is that they'll be your valentine again next year. FOX6 News on Friday, Feb. 14 caught up with a pair of couples in Wauwatosa, with an important date in common. 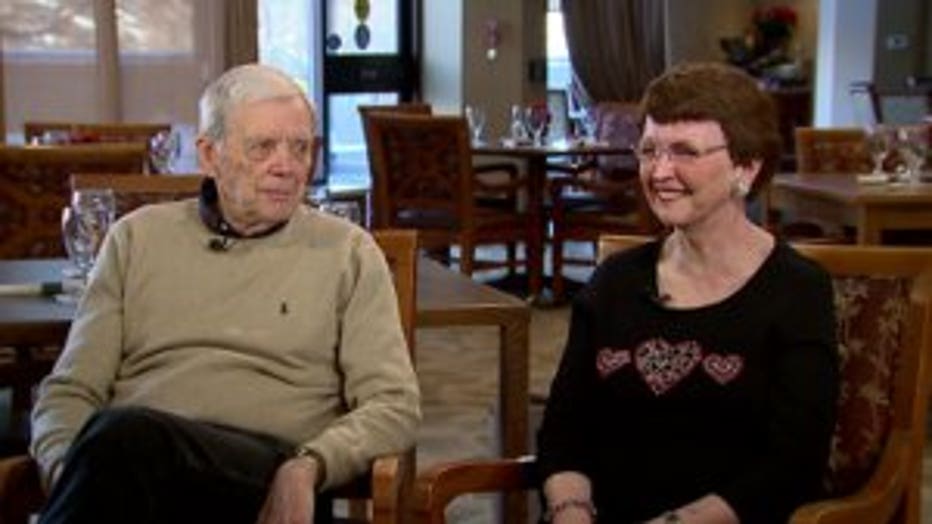 "It's a kitten peeking around the corner and it says, 'You still surprise me,'" said Sharon Braun, reflecting on a Valentine's Day card.

More than 60 years later -- Sharon and Warren Braun still surprise each other, and they still have vivid memories of their wedding day.

"I try to do clever things, but I'm running out of ideas," said Sharon Braun. 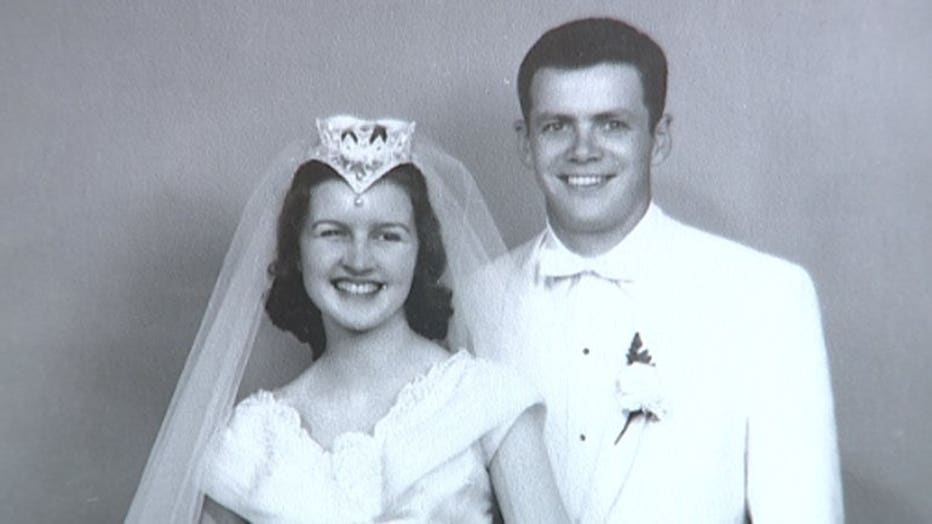 "It was a beautiful day, just like this," said Warren Braun. 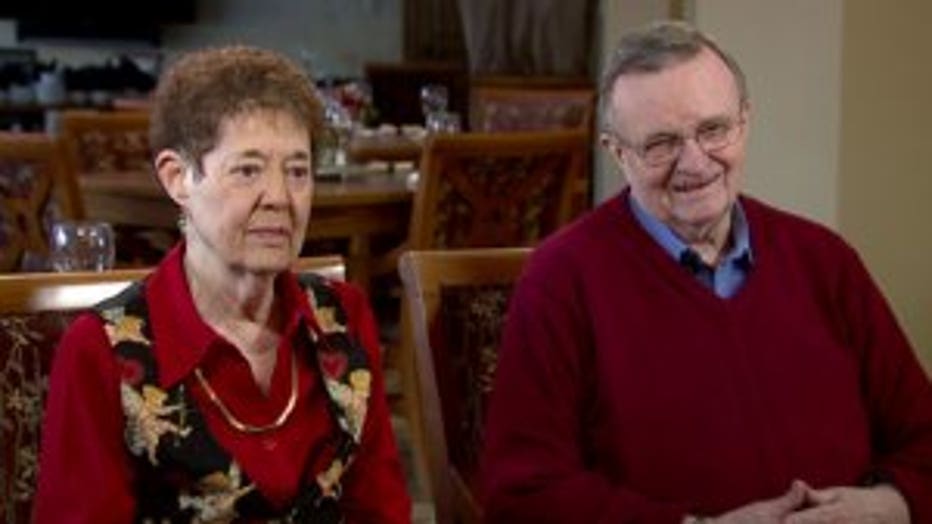 Helen and John Albert have similar memories of their wedding.

As it turned out, the Alberts and Brauns were wed on the same day, at the same time! 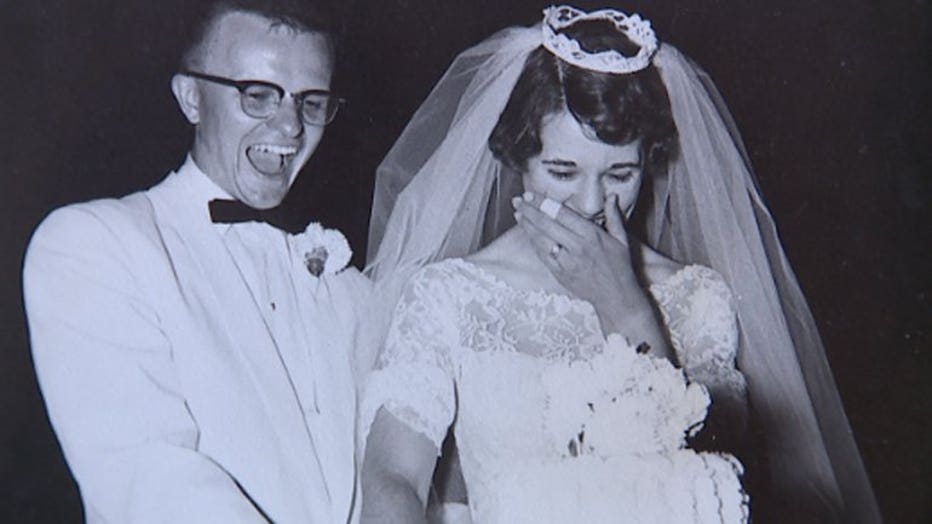 The shared anniversary sparked a friendship at the Harwood Place Retirement Community. The couples now celebrate Valentine's Day and anniversaries together.

With more than 120 years of marriage at the table -- they offered some advice for others looking to celebrate decades with the same valentine. 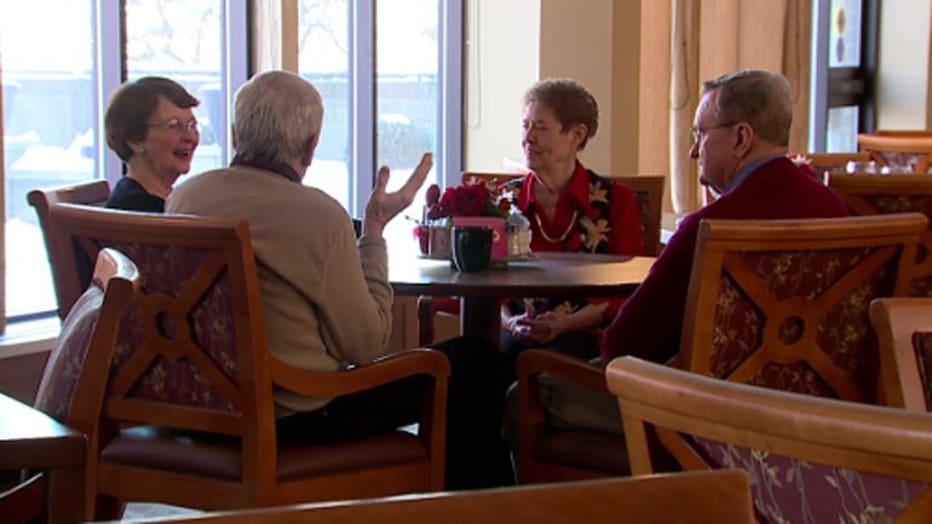 Sharon and Warren Braun, and Helen and John Albert

"I don't think there's necessarily anything secret," said Helen Albert. "You just have to keep working at it. Don't give up."

The couples attended the "Sweetheart Dinner" together on Friday night, Feb. 14.