MILWAUKEE - Police are asking for the public's help in identifying and locating the suspect wanted in an armed robbery and shooting that happened near 58th and Silver Spring around 7 a.m. Sunday, May 23. 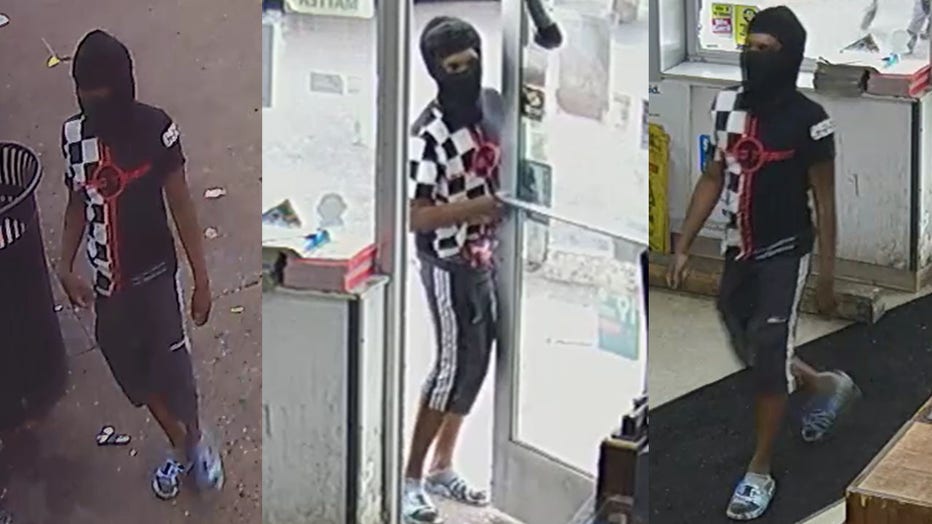 Suspect wanted in an armed robbery near 58th and Silver Spring

The suspect is described as an African American male, with a medium complexion and a thin build. He was last seen wearing a black ski mask, a black and white checkered shirt with a red cross on the front, dark blue shorts with a white stripe down the side, gray socks with blue and white sandals. He was armed with a gun.

According to police, the armed suspect approached the victim, struck him and fired shots subsequently striking him. The suspect obtained property and fled the scene.