Milwaukee Police Chief Alfonso Morales congratulated the men and women, along with MPD Assistant Chief Steven Caballero, who took a moment to remind officers about the meaning behind the badge.

"The badge, when you put it on, and you transfer it from a dirty uniform to a clean uniform, remember what that stands for. It stands for commitment, not only to your brothers and sisters on this police department, but for the law enforcement officers that we've lost, to the community that we serve. That is a big deal," said Caballero. 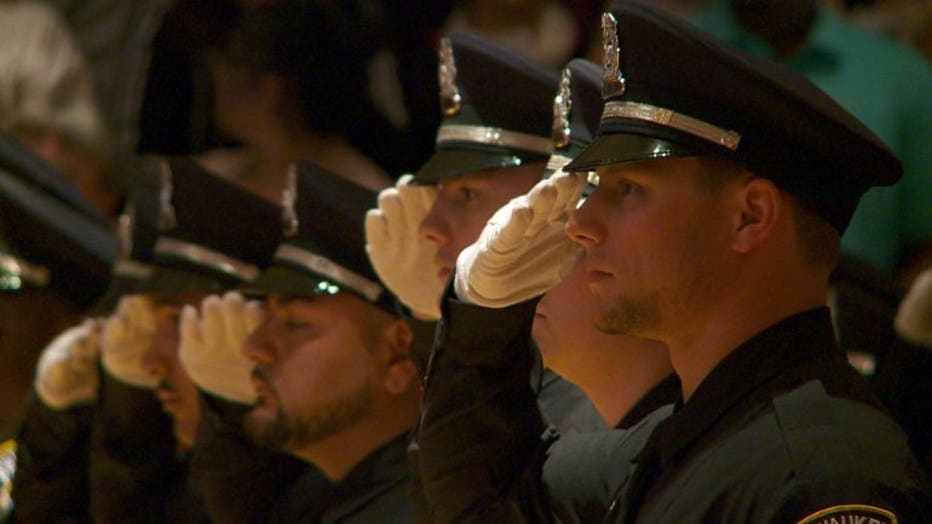 Caballero said he was considering retiring from MPD later in 2019 after 25 years on the force.