MILWAUKEE -- Two online petitions created Friday, July 3, have collected thousands of signatures -- calling for the removal of a UW-Milwaukee instructor in response to a social media comment she allegedly made regarding sexual harassment.

Both call for the university to hold instructor Betsy Schoeller accountable for the comment on a post about Vanessa Guillen, a Fort Hood soldier, missing since April. There had been speculation that a suspect in her disappearance had sexually harassed her. However, officials said there is no information corroborating that was the case.

In screenshots of the comment shared with FOX6 News, Schoeller allegedly wrote the following:

"You guys are kidding, right? Sexual harassment is the price of admission for women into the good ole boy club. If you're gonna cry like a snowflake about it, you're gonna pay the price."

It has since been deleted.

The investigation into Guillen's disappearance has garnered nationwide coverage and the arrest of one suspect accused of intent to impair a human corpse. Guillen's family believes human remains found earlier this week are those of the missing soldier, and a family attorney has stated that Guillen was killed. Investigators have not confirmed whether that is the case.

Schoeller is a senior lecturer in the UWM School of Information Studies. FOX6 News reached out to Schoeller on Saturday for comment, but has not heard back.

The university issued the following statement on Twitter, Saturday, regarding the situation. 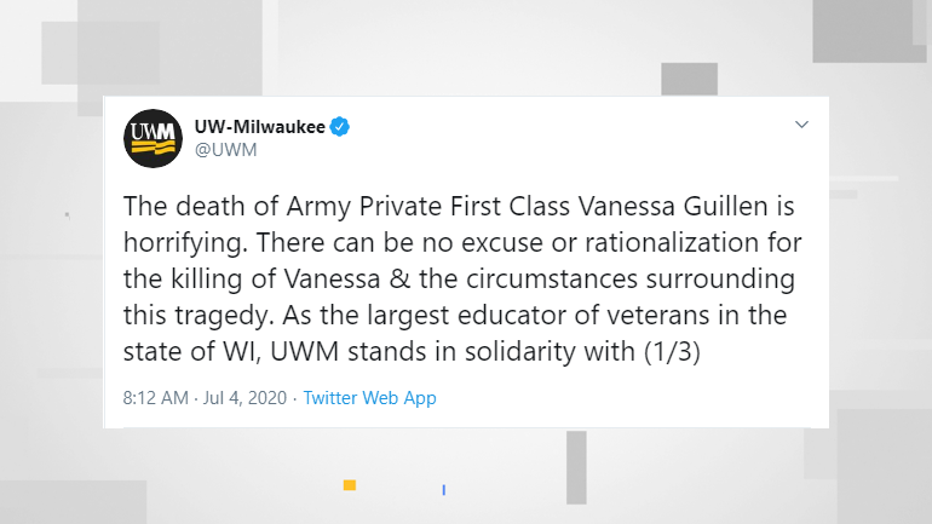 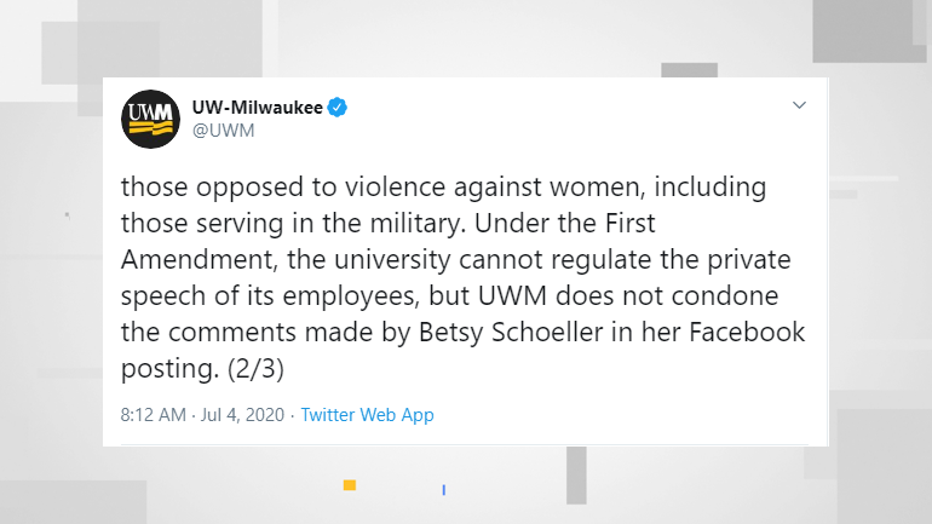 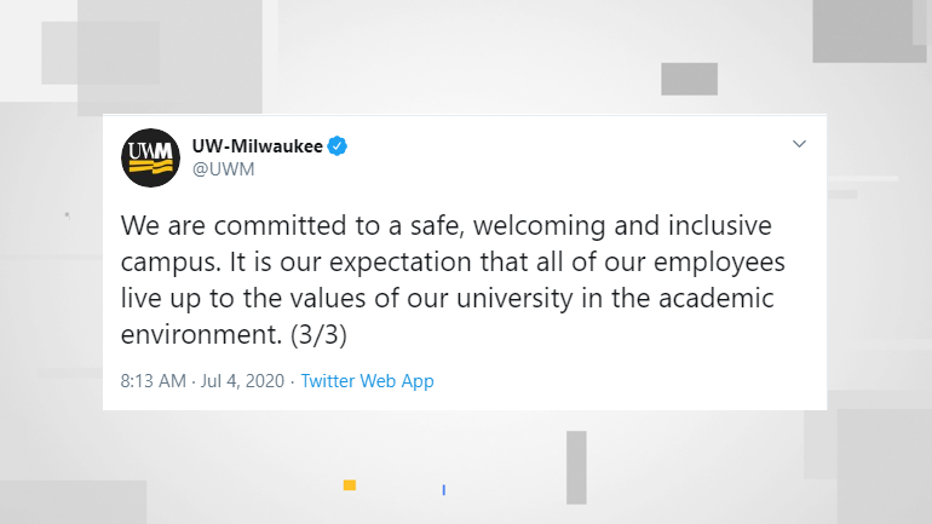 The Wisconsin National Guard, of which Schoeller was a member until 2017, also released a statement.