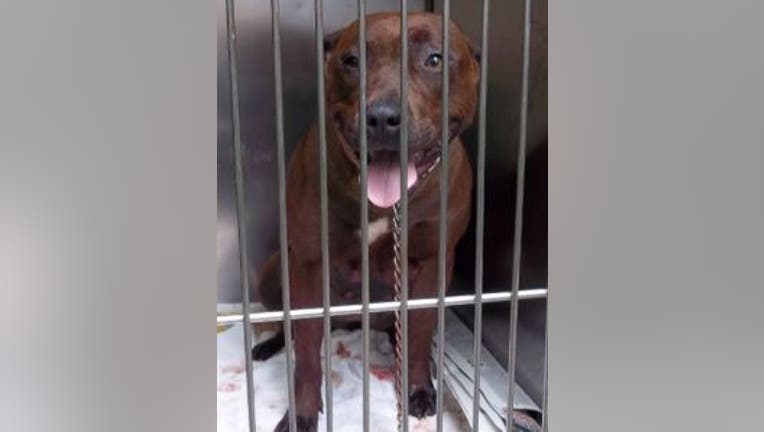 CUDAHY (WITI) -- The Humane Society of the U.S. is now offering a reward of up to $5,000 for information leading to the identification, arrest and conviction of the person responsible for chaining a dog to a cement pier at Sheridan Park in Cudahy and then shooting her multiple times.

According to police, the Cudahy Police Department received a call from a citizen around 9:50 a.m. Saturday, June 22nd for a report of a bloody pit bull sitting near a cement jetty by the water.

Cudahy police along with a MADACC representative responded to the scene. The dog was taken to the emergency room clinic, where an examination revealed that the dog had been shot two or three times.  Officials say due to severe internal injuries the dog had to be euthanized.

Anyone with information on this case is urged to call the Cudahy Police Department at 414-769-2260.