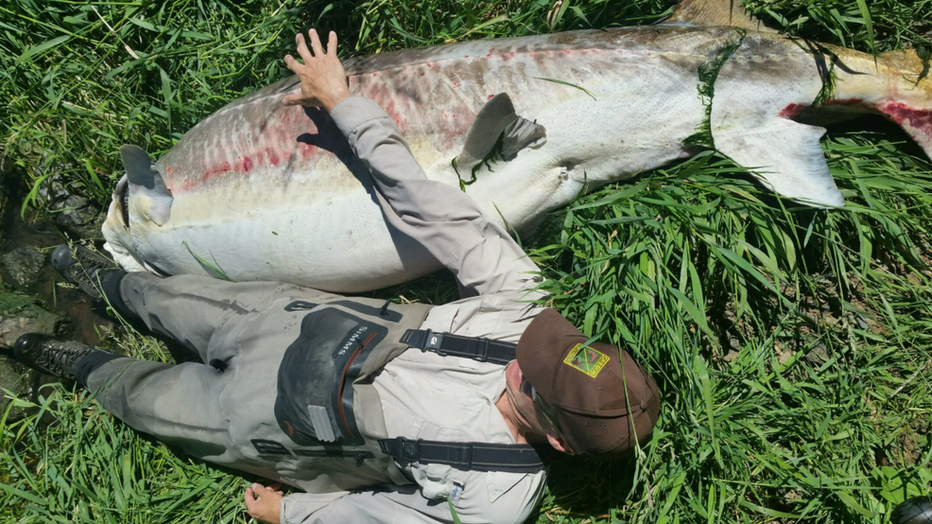 According to WLUK, wildlife officials say the fish was an estimated 500 pounds, and anywhere from 60-70 years old.

ODFW says the female sturgeon was likely one of 221 transplanted to the lake from the Columbia River in 1958. Officials say there is no evidence of spawning, so the fish is likely an original.