MILWAUKEE -- The Near West Side Partners, Inc. along with representatives of its anchor institutions announced Tuesday, April 12th the launch of the Near West Side Economic Development “Challenge Fund” – a $5 million, three-year initiative that will create new opportunities for investment in economic development efforts on the city's Near West Side. 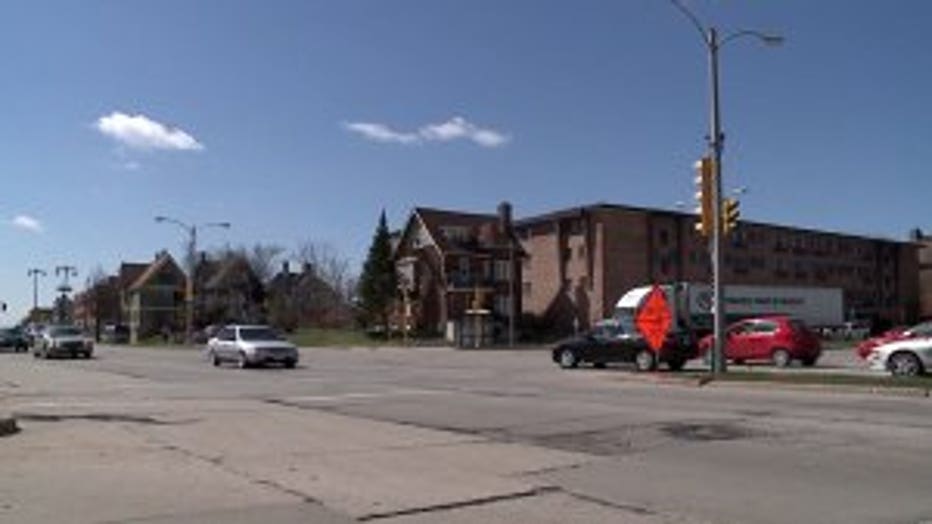 "We`ll take back the neighborhood one by one -- take back the city of Milwaukee," Pat O'Brien, president of MUSIC / Milwaukee Development Corporation said.

The Challenge Fund was announced as part of a news conference hosted at the Aurora Sinai Medical Center, where Near West Side Partners leadership was joined by representatives from the five anchor institutions (Harley-Davidson, Aurora Health Care, MillerCoors, Potawatomi Business Development and Marquette University) and many other Near West Side organizations. 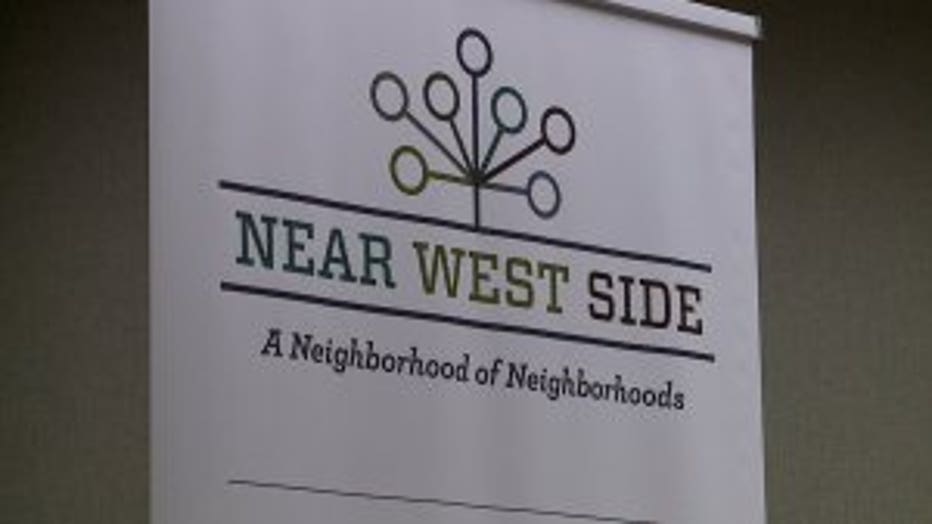 “The Challenge Fund will provide critical resources for us to invest in priority projects in the Near West Side. We applaud the leadership and tremendous support from our initial investors, especially Milwaukee Urban Strategic Investment Corporation (MUSIC) and the Harley-Davidson Foundation," Keith Stanley, executive director of Near West Side Partners, Inc. said.

Near West Side Partners has committed to raising $5 million over three years – and it has already secured $2+ million, exceeding its first year goal. 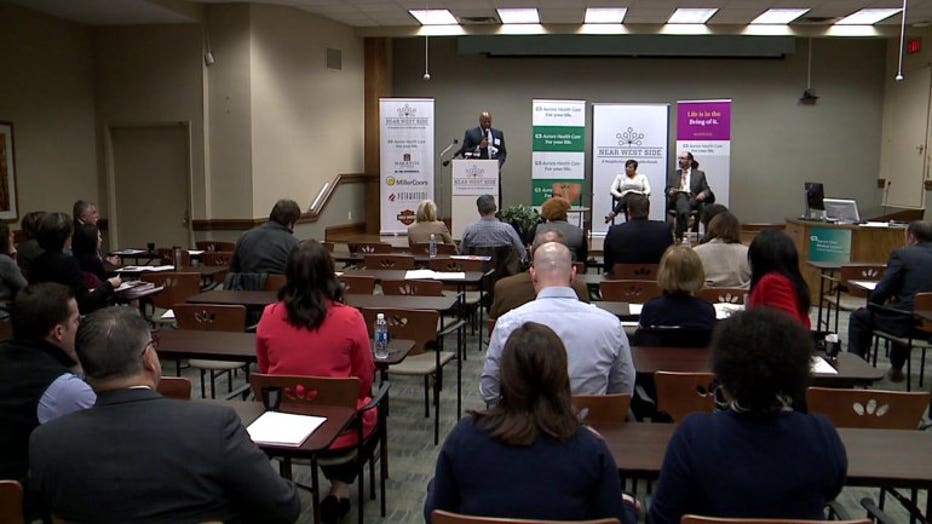 "Our goal is not to go out and just buy whatever we can buy because $2 million won`t get you that far. Where can we have our most impact at?" Stanley said.

“We are tremendously excited to play a role in the revitalization of Milwaukee’s Near West Side. We are proud to be working with such great partners and investing in a clear, strategic effort to improve this important part of our city. We hope that our commitment will serve to attract others to join our work," O'Brien said. 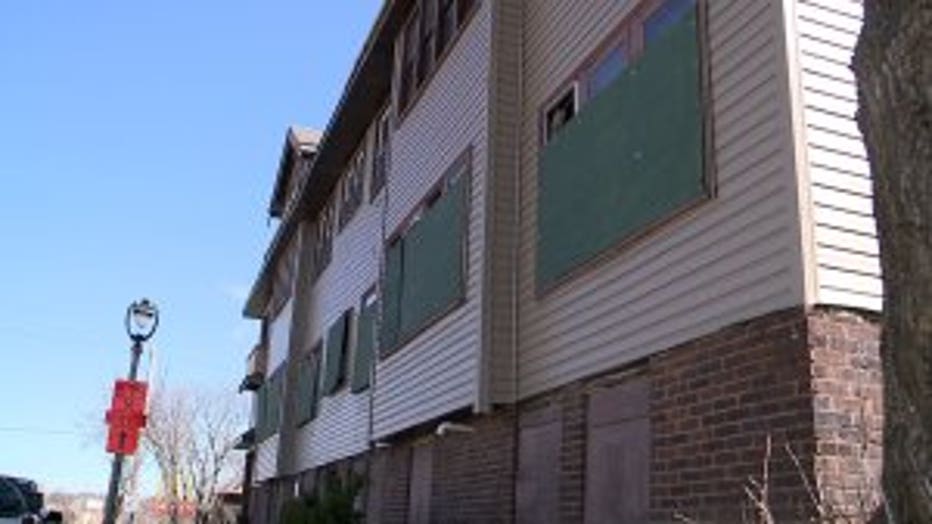 The Challenge Fund will be managed to provide a permanent, ongoing source of investment resources for the Near West Side.

For example, the fund will be used to acquire priority properties in the Near West Side, which can be rehabilitated and sold, returning assets to the Challenge Fund for reuse on future properties. Likewise, the fund may provide small business investments that will consist, in part, of revolving loans that enable the Challenge Fund to reinvest capital through a series of new businesses in the Near West Side. 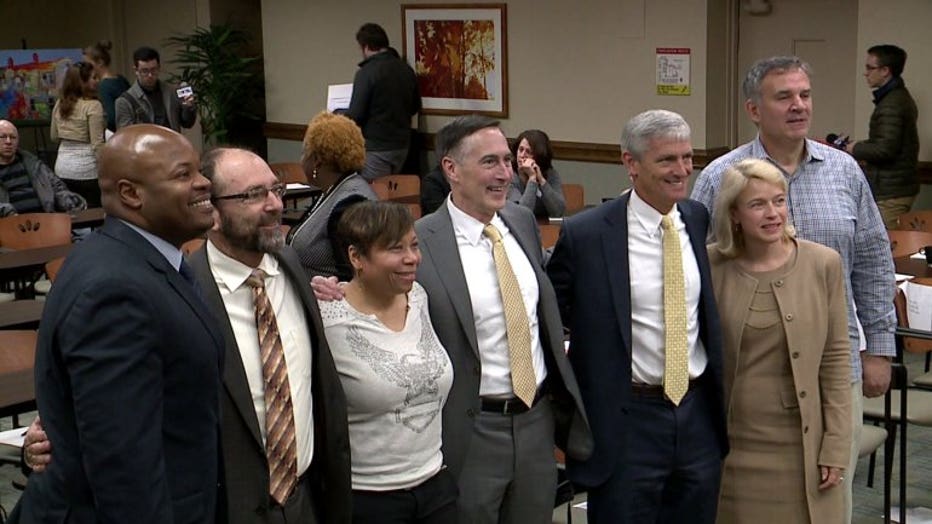 NWSP will utilize the “Challenge Fund” to invest in the priority initiatives established in its recently adopted strategic plan. The plan identifies and prioritizes key efforts that will best add value to the Near West Side in four focus areas – housing, safety, commercial corridor development and neighborhood identity and branding – as well as connected areas such as workforce development, education and health care.

NWSP recognizes that many of its efforts require significant capital investments. One goal, clearly identified and supported by local elected officials, is the acquisition of problematic parcels in the Near West Side to gain control of strategic sites and provide an opportunity for future development. NWSP also plans to help provide resources to incubate new businesses in the Near West Side, enhance the aesthetics in key commercial corridors and undertake efforts to promote increased homeownership.

Among the initial sites targeted for acquisition and redevelopment, include:

CLICK HERE to learn more about the impact the Near West Side Partners group is having on the city of Milwaukee.