KATHMANDU, Nepal —  At least 49 people were killed when a plane approached the runway from the wrong direction, crashed and burst into flames while landing at Kathmandu's Tribhuvan Airport in Nepal on Monday.

There were 71 passengers on the plane, including the crew, said Kamrul Islam, the head of public relations for US-Bangla. 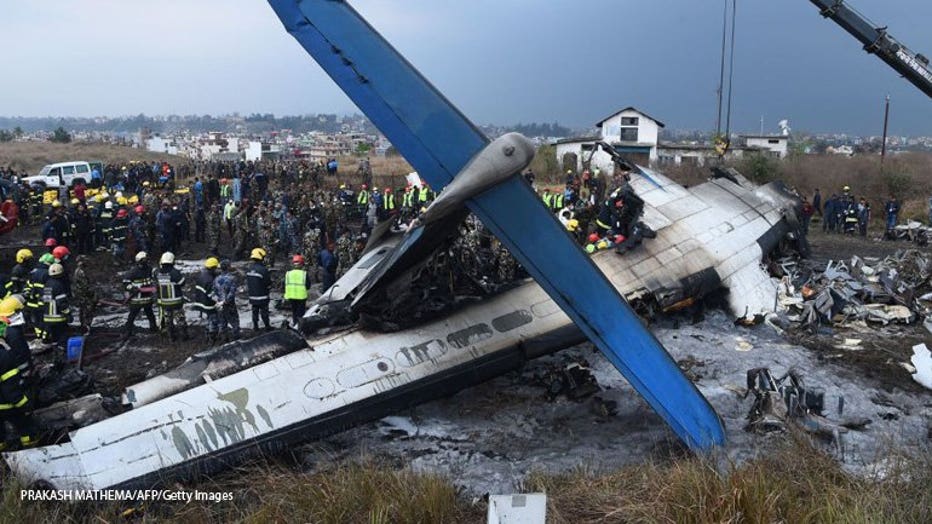 Forty bodies were recovered at the scene, nine died in hospital and 22 survivors are receiving treatment in hospital after the crash at 2:15 p.m. local time, Neupane said.

The passengers were mainly Nepalese and Bangladeshi with one from China and one from the Maldives, Tribhuvan Airport general manager Raj Kumar Chhetri told CNN. All four crew members were from Bangladesh, officials said.

The plane approached the runway from the wrong direction, according to Chhetri. 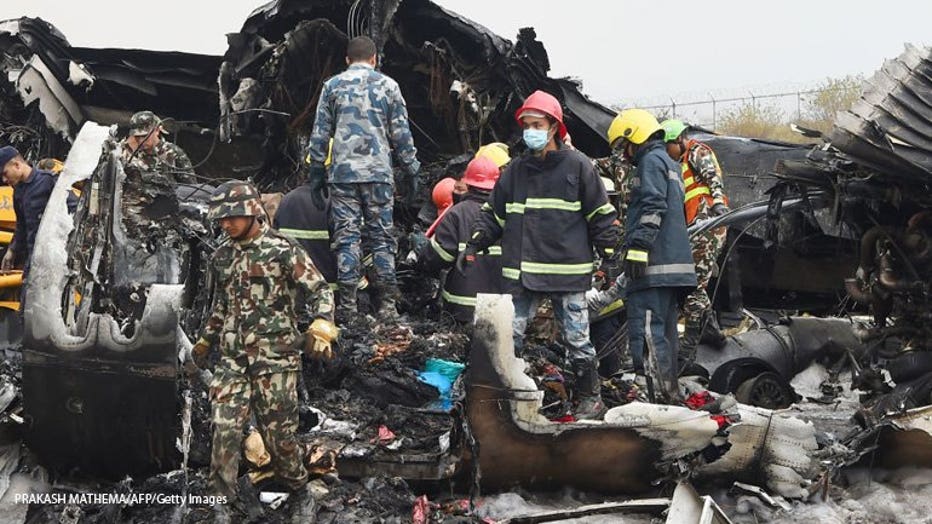 Nepali rescue workers gather around the debris of an airplane that crashed near the international airport in Kathmandu on March 12, 2018. At least 40 people were killed and 23 injured when a Bangladeshi plane crashed and burst into flames near Kathma

The aircraft's two recorders -- the cockpit voice recorder and the flight data recorder -- have both been recovered. 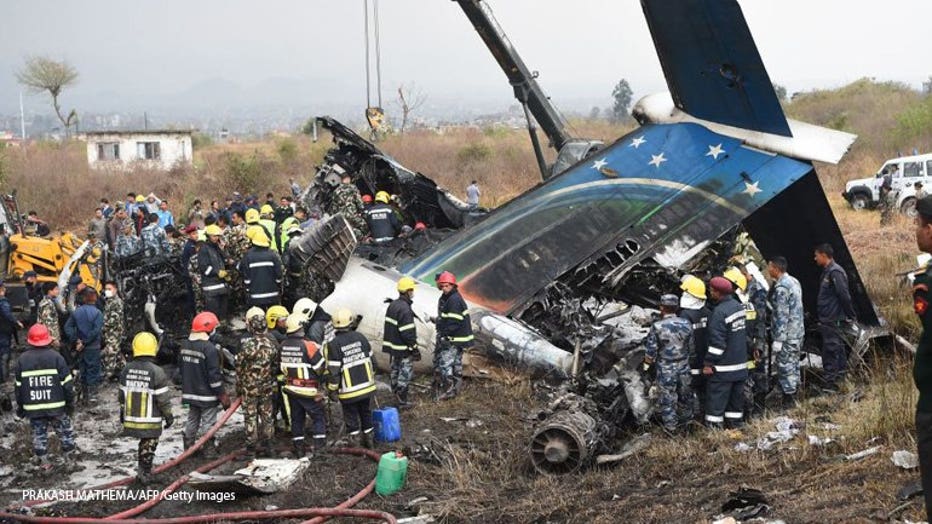 Nepali rescue workers gather around the debris of an airplane that crashed near the international airport in Kathmandu on March 12, 2018. At least 40 people were killed and 23 injured when a Bangladeshi plane crashed and burst into flames near Kathma

Witness: Plane was 'much too low'

Amanda Summers, a retired American living in Kathmandu, told CNN she saw the crash of flight BS 211 from her rooftop overlooking the airport.

"I was on my rooftop that overlooks Kathmandu from the top of the valley -- I spend most of my time there -- when I saw the plane flying at very low altitude," she told CNN by phone.

"It was flying northwards and it was much too low. I thought at first that maybe it was extra cloud cover that was forcing the plane to fly low. Then I saw the plane change direction almost completely and it was flying straight towards us. Then it lost more altitude and finally crashed.

"I saw one spark, or flash. Then seconds later I saw another bigger one. It was almost as if the plane might have bounced. Then no more light but a tall billow of thick black smoke rose in the air," she added.

"We had done boarding, waiting to take off and then a 70-seater ATR plane was approaching to land and everyone in our plane started to look towards it. And then 30 second later there was smoke," traveler Shradha Giri, who was at the airport waiting for a domestic flight, told CNN.

ATR is a Franco-Italian aviation company known for its turboprop planes.

According to Flightradar24, the plane was a Bombardier Dash 8 Q400, which the company describes as "the world's most modern turboprop."