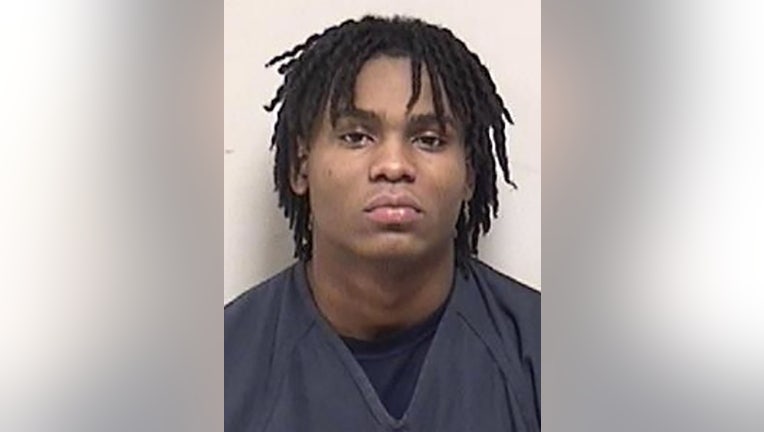 KENOSHA, Wis. - A teen faces nearly a dozen charges following a shooting incident near 43rd and Sheridan in Kenosha last month. The accused is Aloysius Watts, 17 – and he faces the following criminal counts:

According to the criminal complaint, an officer responded to a shots fired call near 43rd and Sheridan in Kenosha on Thursday evening, March 24. That officer made contact with a Westown Foods clerk who stated he "heard about 10 gunshots outside of his store. He stated that moments before the gunshots happened two young males had left the store after making purchases and that then a few more young males entered the store, lingered and then left without purchasing anything," the complaint says.

The officer reviewed surveillance video which showed the defendant walk to the corner of Sheridan and 43rd Street with his left hand in his hoodie pocket. THe complaint says "the defendant pulls out what appears to be a silver handgun." The complaint says the video shows Watts then points his gun at a SUV and starts shooting. The "defendant then runs westbound on 43rd Street, and goes north behind Westown Foods," the complaint says.

Officers located 10 brass casings that were along the sidewalk and curb of 43rd Street and Sheridan Road.

Officers later learned a Kenosha bus was in the area at the time of the shooting. Footage from the bus was reviewed. Officers reported "that while the sounds of gunshots can be heard, many passengers ducked down and lay on the floor and once the shots stopped passengers ran off of the bus." The bus driver told police "given the angle the defendant was firing his weapon the bus was in the line of fire while the white SUV was fleeing southbound," the complaint says. No damage was found on the bus.

Detectives later obtained a search warrant for the defendant's residence to locate guns, clothing or shoes connected to the Westown shooting. They located the shoes Watts was seen wearing in the surveillance video -- along with a "dark blue hooded sweatshirt that had the same white zipper pockets and white emblem as the one that was worn on the day of the shooting." Detectives reported "the hoodie and shoes that were recovered appears to be the same as what the defendant was wearing on the night of the shooting."

Watts made his initial appearance in Kenosha County court on Tuesday, April 12. Cash bond was set at $500,000. Watts is due back in court for a preliminary hearing on April 21.