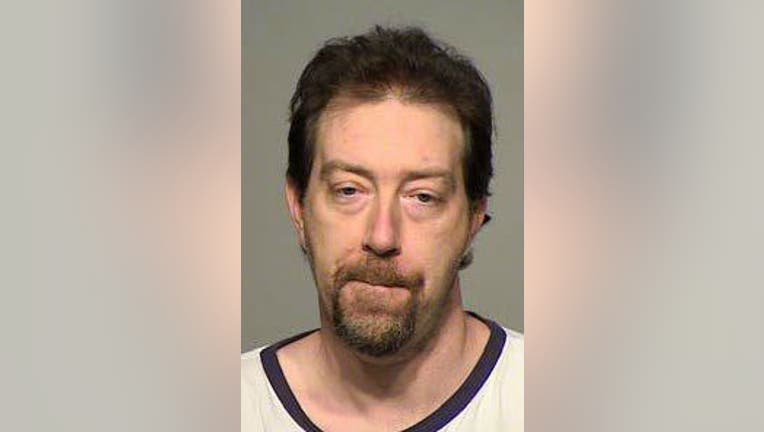 MILWAUKEE (WITI) -- 40-year-old John Kellom of Sheboygan was arrested for his sixth DUI offense after a witness called 911 to report a vehicle veering on southbound I-43 near Silver Spring Dr.

According to police, a motorist called 911 and reported that a driver struck a median wall near Silver Spring Drive while veering along I-43 at speeds varying from 35 mph to 80 mph.

According to the witness, the veering vehicle stopped on the Milwaukee River Parkway and the driver and passenger switched places. The witness saw the driver holding a red cup and staggering to the passenger side.

The witness continued to follow the car and advise dispatch of the route.

The deputy stopped the vehicle on North 27th Street near Chambers Street.

The driver, a 32-year-old Sheboygan woman, admitted she was originally the passenger and Kellom had been driving.

Police say the 32-year-old Sheboygan woman was not drunk, but she was issued a citation for operating a vehicle after he license was suspended.

According to authorities, Kellom was initially uncooperative with deputies and banged his had against the dividers between the front and rear compartment of the squad.

Kellom denied he was drinking. His PBT registered .13.

He faces up to six years in prison if convicted of this sixth DUI offense.