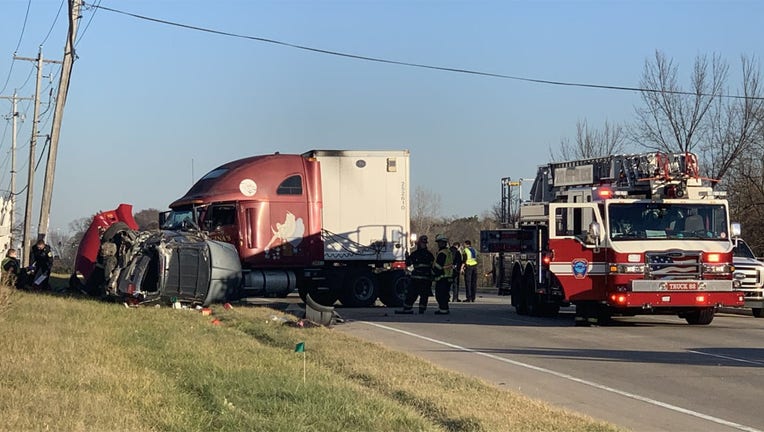 RIVER HILLS, Wis. - Four children and one woman were taken to the hospital after a semi-truck crashed into their vehicle in River Hills on Wednesday, Nov. 4.

Officials with the North Shore Fire Department (NFSD) said the vehicle that was hit was on the side of Brown Deer Road due to mechanical issues when it was struck.

Two of the children, who were unrestrained at the time of the crash, were ejected from the vehicle. All five were taken to the hospital; NFSD said none of their injuries appeared to be life-threatening. The children range in age from 2 to 14 years old.

The driver of the semi-truck was evaluated at the scene. Police later drove him to a hospital for evaluation after he declined ambulance transport.

Milwaukee police are investigating a serious vehicle accident that occurred on Tuesday, Nov. 3 near Sherman and Florist.