MILWAUKEE -- Four people were hurt when a driver traveling at a high rate of speed blew a red light near Sherman Boulevard and Mill Road Monday morning, July 20 and struck another vehicle.

Police said the impact shortly before 11:30 a.m. caused the striking vehicle to roll over, crash into a pole and start on fire.

A 19-year-old man and 29-year-old woman were in the striking vehicle, police said.

A 35-year-old man and 39-year-old woman were in the other vehicle.

Everyone sustained injuries that were not believed to be life-threatening, and they were taken to the hospital for treatment. 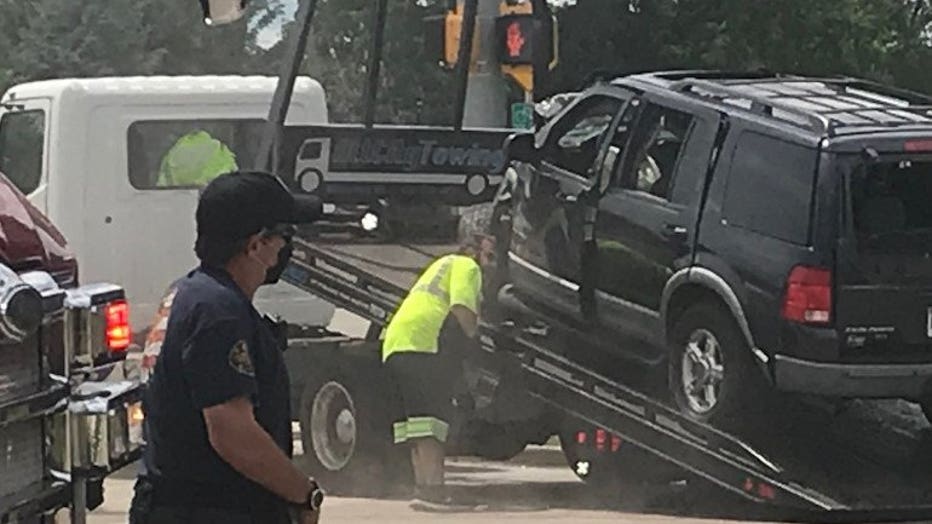 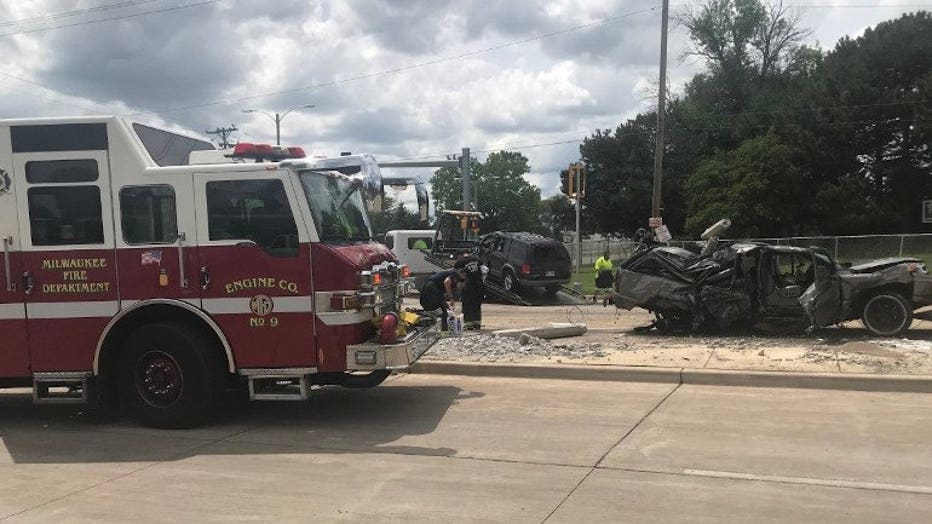