RIVERSIDE, California -- The mother of a 14-year-old girl who was allegedly molested by a former teacher at a performing arts high school in California is speaking out.

“I’m a nosy mother, and I grabbed her phone, and I looked at texts from this teacher, sexting my baby over the phone, over the texts – just all this stuff," the girl's mother said. 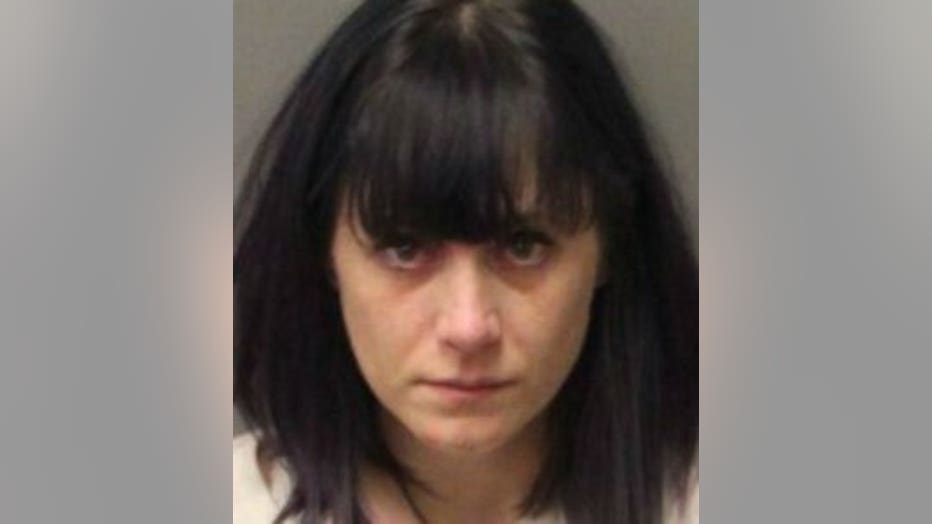 The girl's mother then reported the allegations to authorities.

32-year-old Camryn Zelinger was arrested Monday, February 6th at Encore High School for the Arts, where she worked, Riverside police said. She was booked into jail on suspicion of lewd or lascivious acts with a minor and annoying or molesting a child under 18 years old, according to a news release from the Riverside Police Department.

Zelinger has been fired from the high school.

The alleged "inappropriate physical contact and communications" took place over the "past few months," according to a police news release.

Prior to learning of the alleged molestation, the student's mother said she instinctively knew something was wrong, but that her daughter had been too scared to speak up.

"She wouldn’t tell me. She was too afraid. She kept saying, ‘Nothing, Mom. Nothing, Mom.’ But I knew something was wrong. When I finally found out something was going on, when she told me her teacher was molesting her -- first period, eighth period, all throughout the day...” the woman said, crying.

To other parents, she stressed the importance of watching out for their children.

“I would like parents to know, pay attention to your children when they say something is going on or with their emotions, with their actions. If they come and tell you, 'My teacher touched me this way or this way,' don’t brush it off. Listen to them," the girl's mother said.

The family's attorney told KTLA the girl's relatives were "disturbed" by suggestions that the relationship was voluntary or consensual.

“This teacher used her position of power and trust to sort of manipulate this child into doing things that this child thought she had to do," he said, noting the girl "is legally incapable of forming consent."

The attorney added the family was coming forward to potentially "protect other children."

Zelinger was recently married, parents at the school told KTLA. They said she would request other teachers remove the female student from their classroom so she could spend time with the student.