WHITEWATER, Wis. - Three people escaped injury when an airplane made a crash landing in the Kettle Moraine State Forest in Whitewater. As of Monday, May 17, the aircraft remained suspended, stuck in trees high above the ground.

A parachute likely helped save the three survivors dangling from branches just feet away.

"When we found out that all three were alive and uninjured, none of us could believe it at first," said Whitewater Assistant Fire Chief Joe Uselding. 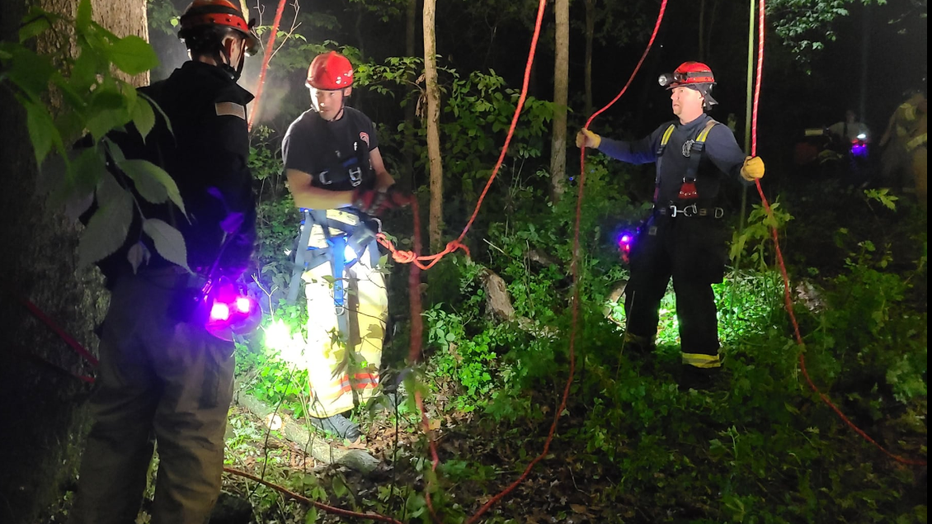 Uselding was called to the crash site deep in the dark forest Saturday. Authorities say the plane was flying from Sheboygan to Burlington when it lost power and an emergency parachute had to be deployed.

That meant calling in an arborist to help with this remarkable rope rescue. Jason Dudek talked with the people who were stuck in the plane.

"When I was in the tree waiting for the rescuers to get them out, we were joking around, trying to keep calm and stuff," he said.

On Monday afternoon, crews were back in the trees, securing the airplane, happy those involved were not injured. 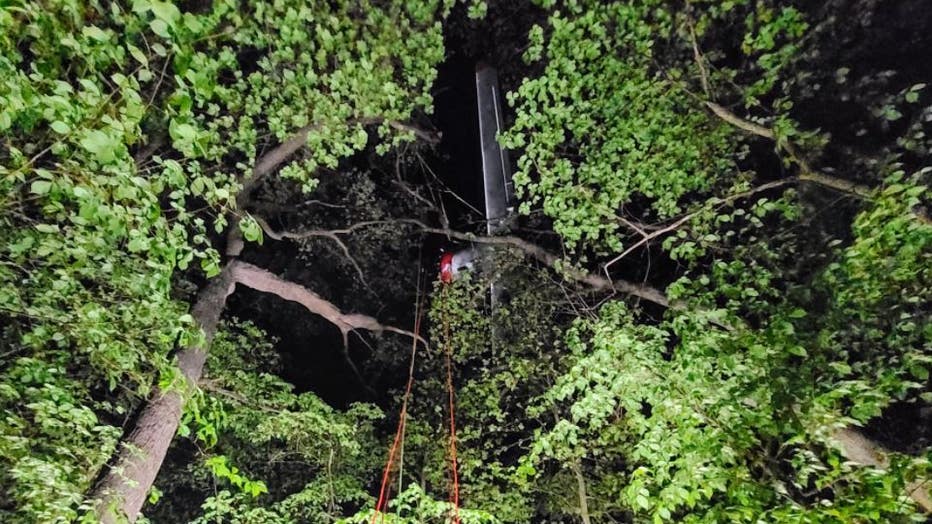 "I think it was kind of the perfect storm," said Uselding.

The FAA is working with the pilot and his insurance to figure out how to remove the airplane. FOX6 News spoke with one person who survived the crash. He said he’s well, and they’re all grateful for the first responders who jumped into action.