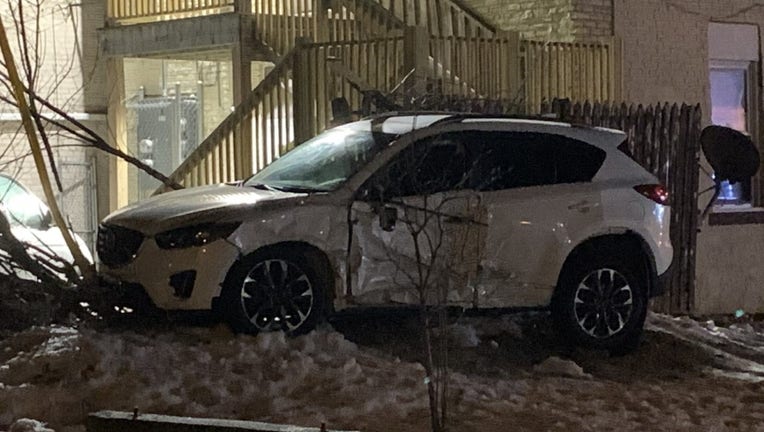 MILWAUKEE - Three people were taken into custody following a police pursuit and crash in Milwaukee early Friday morning, March 5. The crash happened near 45th Street and North Avenue around 2 a.m.

According to police, officers attempted to stop a vehicle on 27th Street after they observed mobile drug dealing. The vehicle didn't stop and a pursuit was initiated.

The pursuit ended when the vehicle crashed near 45th and North. Medical was called for the occupants of the suspect vehicle but they all refused, according to police.

A wild burglary caught on camera in Beloit involved a man posing as a neighborhood contractor who distracted a homeowner while others sneaked in behind them, ransacking the house.&nbsp;

Warning regarding the U.K. variant also comes with encouraging news. Health officials now predict vaccine eligibility for the general public will open up by May.

A 16-year-old from Racine is charged with attempted first-degree intentional homicide, among other charges, for a shooting that transpired in the city on March 2.