MILWAUKEE - It’s official, the Milwaukee County Zoo now has a romp (a group of otters is called a "romp") of North American river otters!

One of the zoo’s female otters, 5-year-old Clover, and male otter, Larkey, also 5 years old, are parents to three otter pups, born Feb. 26. Two male and one female pup are the first litter for Clover, and animal care staff report parents and pups are doing well! 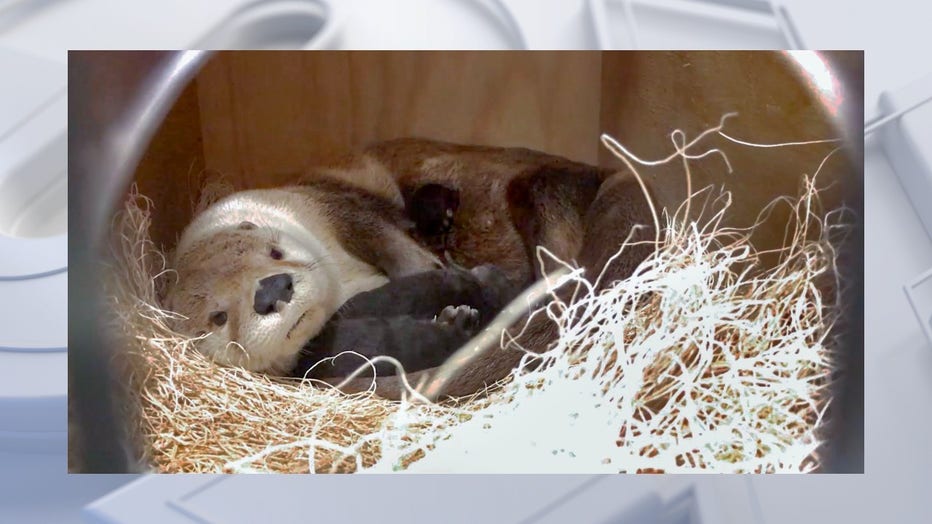 Visitors may remember the zoo’s other adult female otter, Shamrock, gave birth to four pups Feb. 7. Larkey is father to this litter (of four) as well.

At about three weeks old, each of the pups weighed between 600-700 grams. By comparison, Shamrock’s pups now weigh over 1,000 grams, and they’re nursing and keeping mom busy.

Clover and her pups are in an indoor holding area, with Larkey in the outdoor habitat.

The pups should be fully weaned at 3-4 months. In 42-56 days, they’ll begin eating fish that keepers will "mash" for them, or fish that Clover drops from her mouth! North American river otter pups are born with their eyes closed, and they’ll remain closed for about one month.

As a first-time mom, Clover is "super protective" of her pups and usually keeps them hidden under her, according to her keepers.