WASHINGTON COUNTY -- A fatal wreck involving a semi tractor-trailer and a van forced authorities to shut down the right lane of southbound Highway 41 near Cedar Lake on Thursday, March 24th. A 26-year-old Oshkosh woman and her 15-year-old sister were killed in the crash. They were pronounced dead at the scene.

Washington County Sheriff's officials say a southbound semi tractor-trailer and a northbound passenger van that crossed over the median began entangled -- entering the west ditch of the highway.

It happened on I-41, just north of County Highway K in the Town of Hartford.

Investigators believe the van was traveling too fast for road conditions.

The 61-year-old operator of the semi, from Ontario Canada, was not hurt, however, he was taken to the hospital as a precaution.

The mixture of snow, sleet and rain Thursday made for messy roads Thursday.

"This is incredibly bad. This has turned from bad to worse in the last two hours," said Anthony Foscato regarding road conditions.

A FOX6 News crew was headed north on Thursday morning when they passed the crash. It wasn't until they got closer that they realized it wasn't just a semi in the ditch. There was also a van on scene -- so badly mangled it was almost beyond recognition.

Law enforcement officials were on scene for hours. Two southbound lanes of I-41 were closed for more than six hours -- but vehicles were able to pass through at a reduced speed during this extensive cleanup. 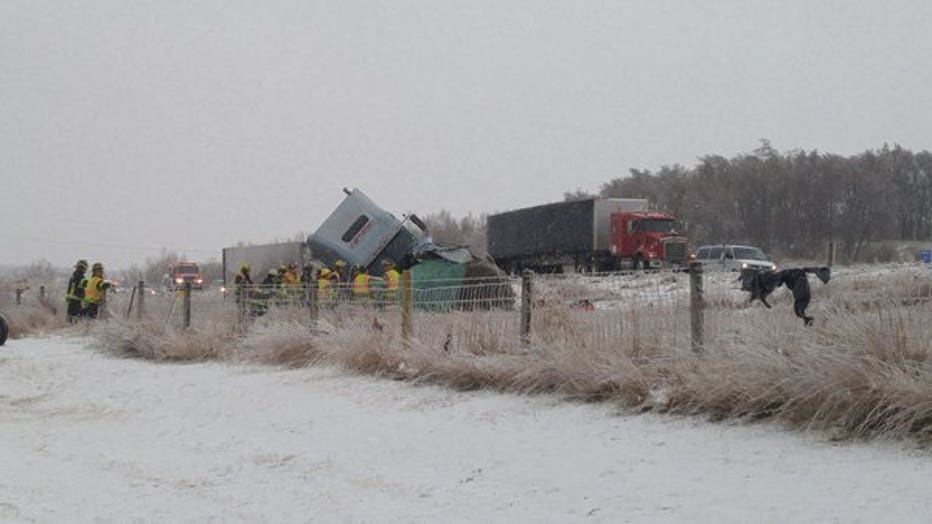 Foscato only saw the aftermath, but after being out on the roads all morning...

"Especially now that they raised the speed limit to 70 miles-an-hour -- you see people driving way beyond that in heavy rain and in severe conditions," said Foscato.

Seeing an accident like this wasn't surprising, given the dicey conditions, but it was upsetting for many. 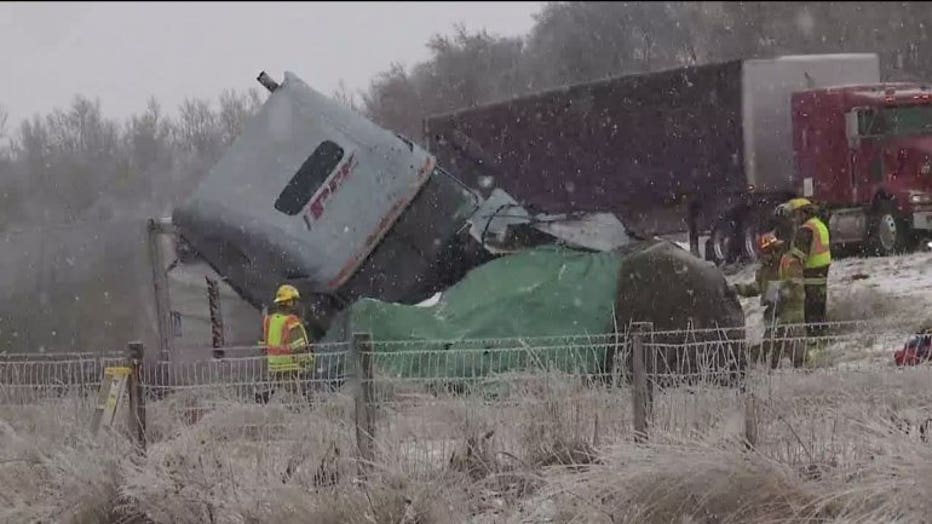 Koll said the crash really hit home. Not only does he too drive a large vehicle, but he's been a volunteer firefighter and EMT for over 40 years.

"You have to give a lot of following distance. Can't drive too fast. You have to look down the highway and watch for things happening in front of you. I have personally witnessed and dealt with accident scenes like that. I understand what it's all about and it troubles me to see a tarp in front of the truck," said Koll. 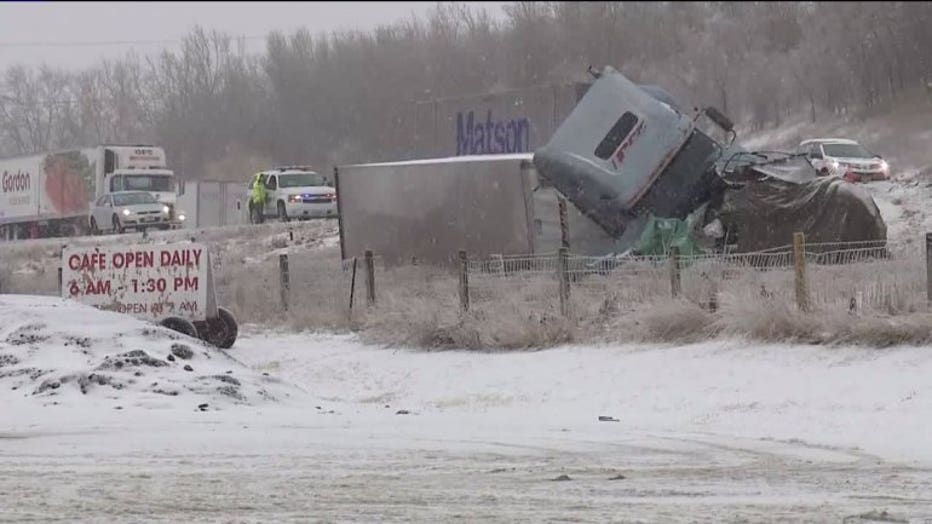 FOX6 News was there as the semi was pulled from the ditch, more than six hours after this crash: 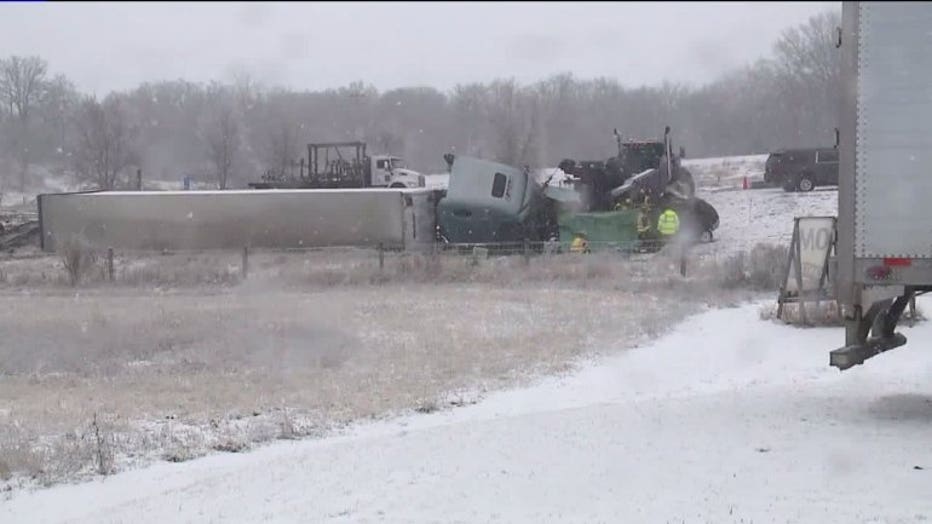