MILWAUKEE COUNTY (WITI) -- A 25-year-old Milwaukee man has been charged in connection with a fatal shooting that killed Marcus Bland on Wednesday, August 27th. 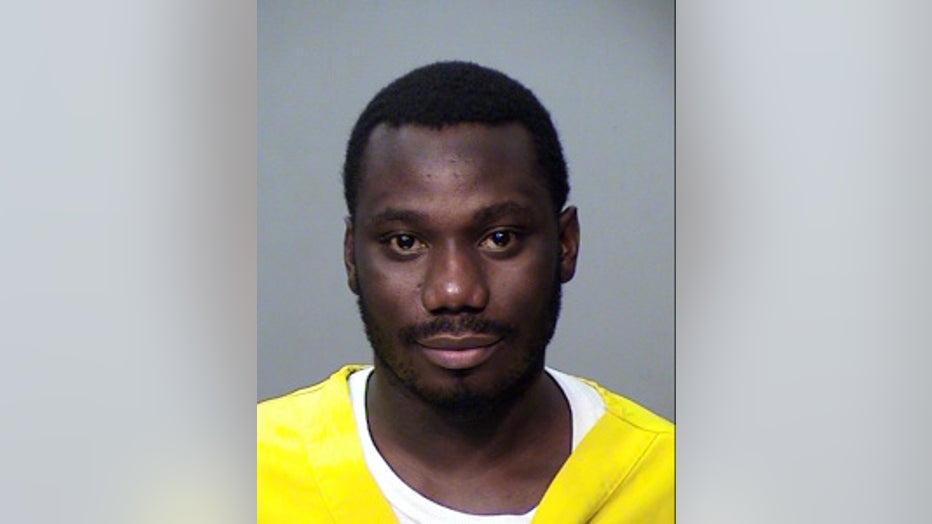 Antonio Gray faces one count of first degree reckless homicide, repeater, use of a dangerous weapon, and one count of possession of a firearm by a felon, repeater.

The criminal complaint filed against Gray says a police officer was flagged down in the 1600 block of N. 40th Street by a man who said "there's a guy shot back there!" The officer and his partner drove down W. Roberts Street -- and found the victim lying in the street in the 3700 block.

Rescue crews arrived at the scene and attempted life-saving measures, but Marcus Bland was pronounced dead at the scene.

The complaint against Gray says a detective at the scene recovered 12 9mm Luger casings, three deformed bullets and two bullet fragments. Three of the deformed bullets and one of the bullet fragments were discovered under Bland's body, and there appeared to be seven divots consistent with bullet strikes under his body. The detective determined that Bland was shot, and then he fell to the ground.

Police spoke with a female citizen, who said on the night of August 27th, she heard an argument going on between an individual she knows by the nickname "K-10" and an individual she knows by the nickname "Nookie" -- whom she later identified via photo array as Antonio Gray. The complaint says the woman told police Bland took note of this argument and began walking to where it was occurring. That's when the complaint says Bland was approached by a man with the nickname "Cash" -- who told Bland "I don't know what you coming down here for."

That's when the woman says she yelled out: "You better not shoot that gun."

The complaint says Gray has a conviction from 2007 for driving or operating a vehicle without consent.

In 2010, Gray was convicted of being a felon in possession of a firearm.