MILWAUKEE (WITI) -- You have probably seen this image being shared on Facebook. It’s a good looking map, huh? 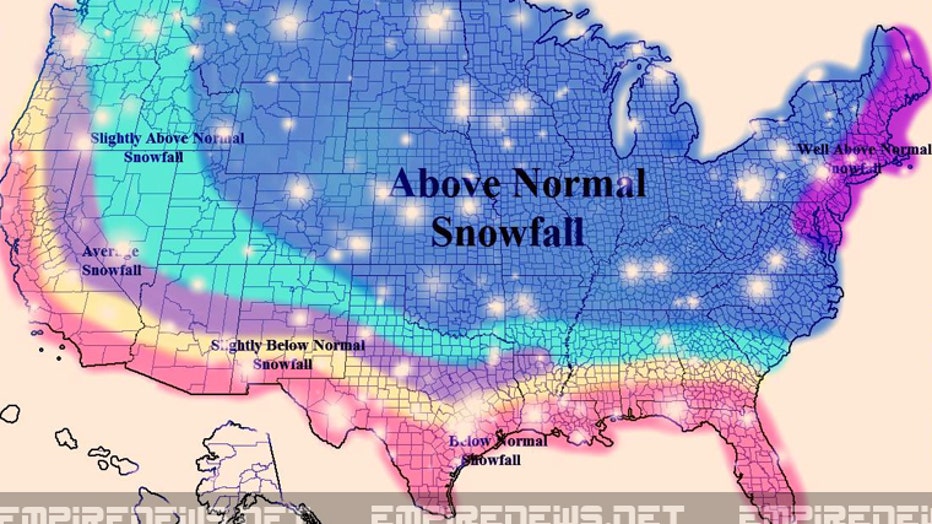 The article associated with the map claims “meteorologists and weather experts” say there is a 99 percent chance “we will start to see a massive cold-front sooner in the year than has ever happened.”

But, how often do weather experts ever say there is a 99 percent chance of anything?

The article and attached image were originally posted by the satirical website EmpireNews.net, however the image is being widely shared on social media without the article.

The article claims Americans should expect “20 times” as much snow as last winter. The article also warns that bread and milk prices will likely triple as a result of the forecast.

The story has been shared over 400,000 times on Facebook despite the “SATIRE” label attached to the article.

If you’re interested in real, science-based long-range forecasts, check out the Climate Prediction Center. As a part of the National Weather Service, the center puts out 6-10 day, 8-14 day, monthly and seasonal forecasts.