DALLAS -- A Texas toddler got his first grasp of what friendship is by befriending the man who collects his family's recycling.

Every Friday, Deacon looked forward to seeing his first friend, O'Dee.  Deacon's home was on his recycling route, reported WFAA. One particular Friday in May, however, Deacon's mom planned a special party. 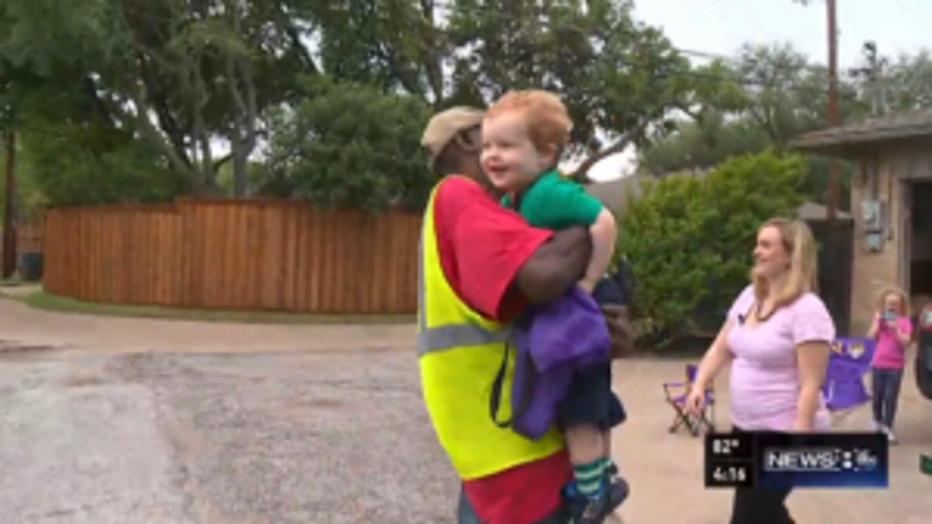 "Well it's our last day seeing my brother's best friend," said Deacon's older sister, according to the report.

The reason is because Deacon was about to become an older brother and the family was moving to a larger house.

When the family heard O'Dee's truck coming down the street, the family was waiting. Deacon greeted his buddy, and O'Dee scooped him up for a hug.

"I don't think he really understands that this could be the last time that he sees O'Dee," Deacon's mom said to WFAA.

The family took photos with O'Dee, gave him his gifts and waved goodbye as he continued on his route.

O'Dee, Oladele Olurunrinu, said he didn't initially realize how much he meant to the little boy, but he can see it now.