Video shared with FOX6 News by a viewer shows gunshots ringing out at the end of a hot day along the lakefront -- the hottest day of the year, so far. 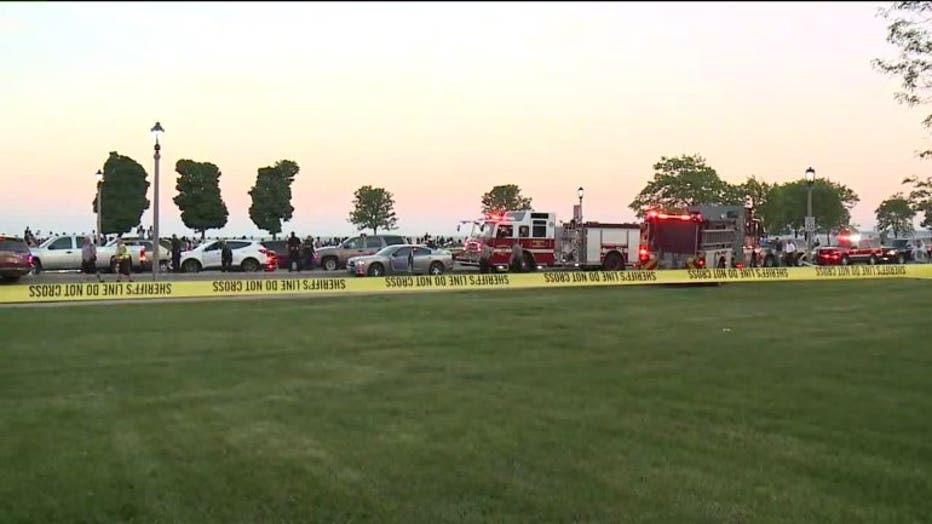 The video shows a green SUV being pursued by what appears to be Milwaukee County sheriff's deputies. The SUV drives up on the median, and tries to make its way around another vehicle. It hits a minivan, and a law enforcement officer then fires into the driver's side of the SUV. You can hear the shots being fired in the video.

FOX6 News has several crews on scene. We are working to gather additional information.