MILWAUKEE -- The second of six family members charged in connection with the death of Jonathan Blackmon, who was shot and killed at a gas station near 32nd and Lisbon on July 29, 2018 has been sentenced to prison. 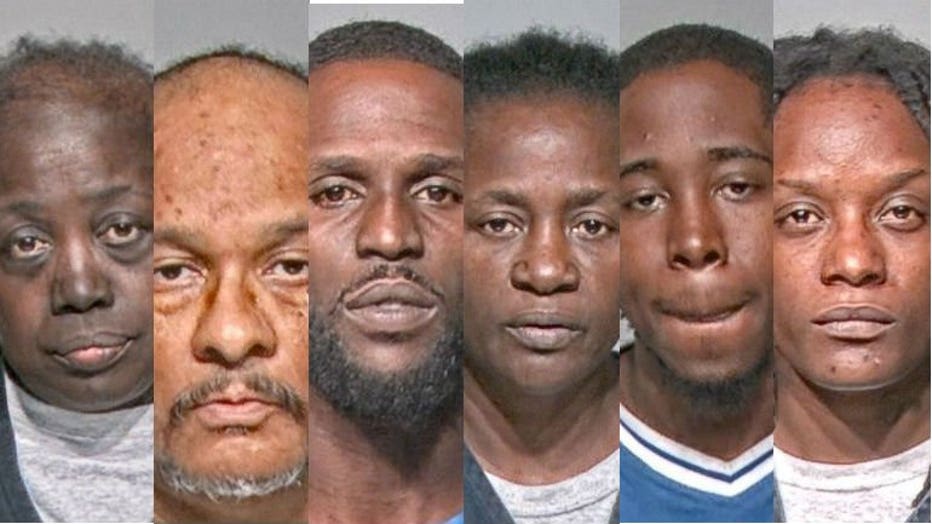 Angelica Robinson, 28, of Milwaukee on May 13 pleaded guilty to one count of possession of a firearm by a felon. A first degree intentional homicide charge was dismissed. Robinson was sentenced Thursday, May 30 to serve two years and six months in prison and four years' extended supervision.

Charles Mims, 23, of Milwaukee in November 2018 pleaded guilty to one count of second degree reckless homicide, use of a dangerous weapon, as party to a crime. On Nov. 29, 2018, he was sentenced to serve six years in prison and eight years' extended supervision.

Angela Armstrong, 53, of Milwaukee, in October 2018 pleaded guilty to one count of harboring/aiding a felon. Sentencing was scheduled for July 15.

Norva Armstrong, 56, of Milwaukee faces one count of first degree intentional homicide, use of a dangerous weapon, as party to a crime and one count of possession of a firearm by a felon. A jury trial was scheduled for Sept. 30.

Michael Bush, 35, of Milwaukee, faces one count of possession of a firearm by a felon and one count of harboring/aiding a felon. A jury trial was scheduled for Sept. 3.

According to a criminal complaint, shortly after 11 p.m. on July 29, 2018, police were at a gas station near 27th and Lisbon when a passerby advised there was a man down on the ground near 32nd and Lisbon. Officers located Blackmon lying on the sidewalk, and determined he had been shot twice. He did not survive. An autopsy revealed he suffered gunshot wounds to his left abdomen and to the right side of his back. 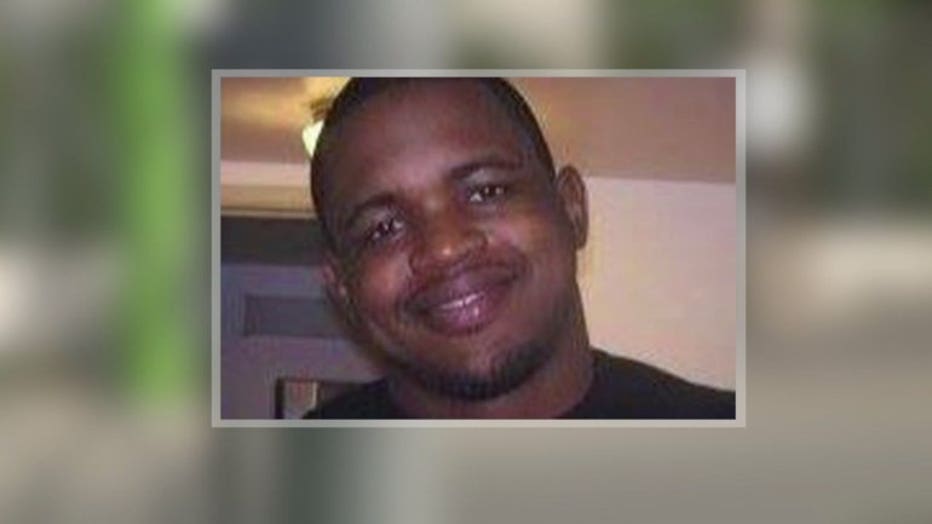 Police located a 9mm casing near his body, along with an unspent 9mm cartridge. A State Crime Lab analysis identified these as fired bullets, and revealed these were fired by the same gun.

The complaint noted that Blackmon's family told investigators he suffered from a variety of severe mental illnesses. 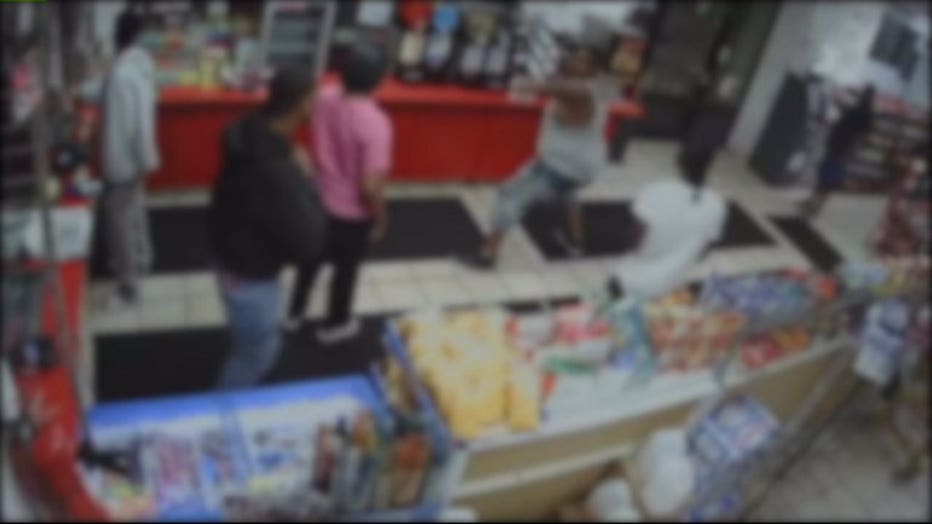 Homicide at convenience store near 32nd and Lisbon 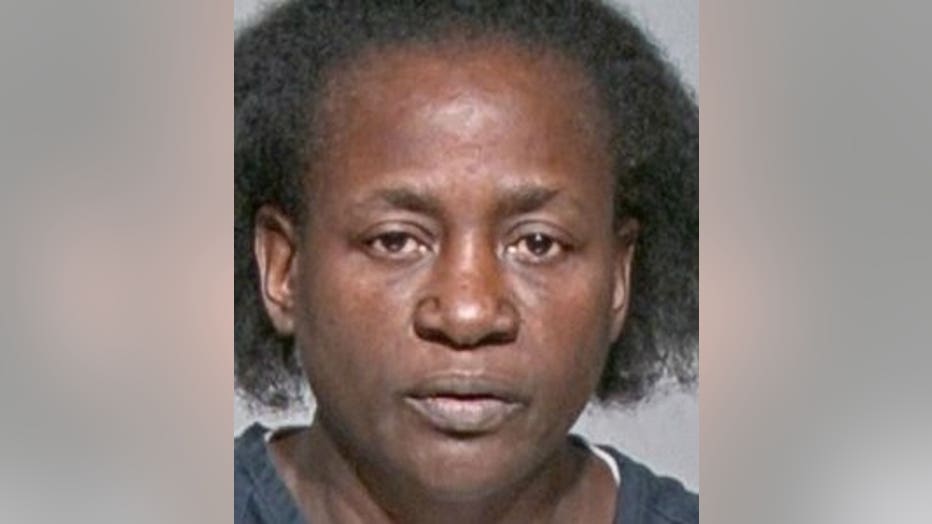 Surveillance video from the gas station showed prior to the shooting, Blackmon was inside the gas station and two women were at the counter paying -- one of them Norva Armstrong.

The complaint said Blackmon was seen grabbing a hat off of Norva Armstrong's head, and forcefully grabbing the other woman by the back of her hooded sweatshirt. The women left the gas station and got into a vehicle, and the complaint said the light from the touchscreen of a cellphone could be observed in one of the woman's hands.

The complaint said the video showed Blackmon caused a disturbance in the parking lot after exiting the store. A woman was seen returning the hat to Norva Armstrong.

Eventually, the video showed another vehicle pulled up in front of the gas station. Norva Armstrong waved down this vehicle, and the complaint said multiple people exited the vehicle and walked toward Norva Armstrong.

Police were able to get a license plate number from the vehicle Norva Armstrong and the other woman were seen getting into after they left the gas station -- and the complaint said the vehicle's registration led investigators to a home near 27th and Lisbon -- where Norva Armstrong and the second woman were arrested on July 31. That same day, investigators also arrested Angela Armstrong, Leonard Monroe and Angelica Robinson. 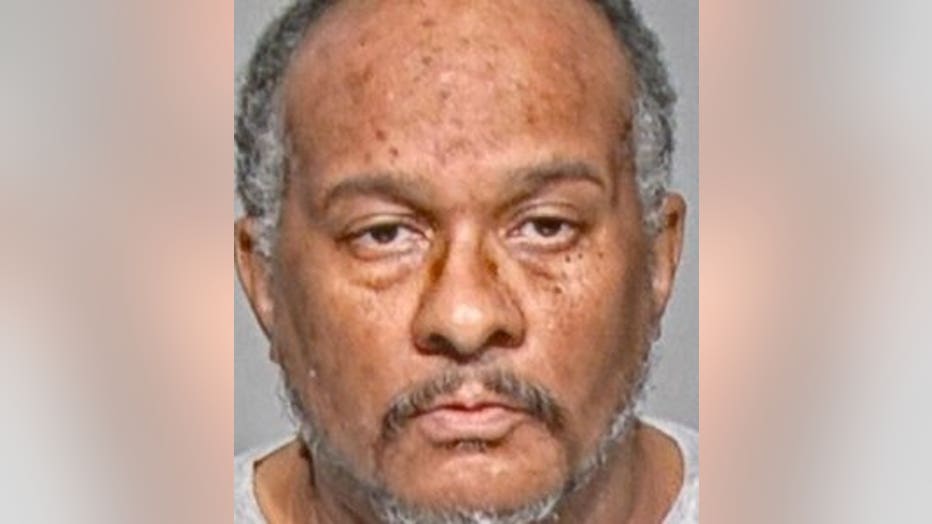 As investigators responded to the home to execute a search warrant, the complaint said Michael Bush was seen exiting a van and walking to the front porch of a home near 40th and Garfield. He was arrested. The complaint said he is Angela Armstrong's son.

Investigators interviewed Leonard Monroe, and the complaint said he indicated Angela Armstrong is his wife, and Norva Armstrong, one of the two women who was paying at the gas station before the shooting, is Angela Armstrong's sister.

Monroe said he received a phone call from Norva Armstrong, who said a relative's house "had been shot up." Monroe said he then armed himself with a 9mm semi-automatic pistol, and gave Angela's niece, Angelica Robinson, a gun as well. Monroe said Charles Mims, another son of Angela's, already had a gun.

He said Angela drove the group from 40th Street to 30th and Lisbon in Angela's vehicle -- with Monroe in the front seat, and Mims, Angela's son, and Robinson, Angela's niece in the back. When they arrived at the gas station, Norva Armstrong, Angela's sister, flagged them down and pointed out a male suspect. She identified this person as having stolen her hat, and as having thrown the second woman around inside the gas station. 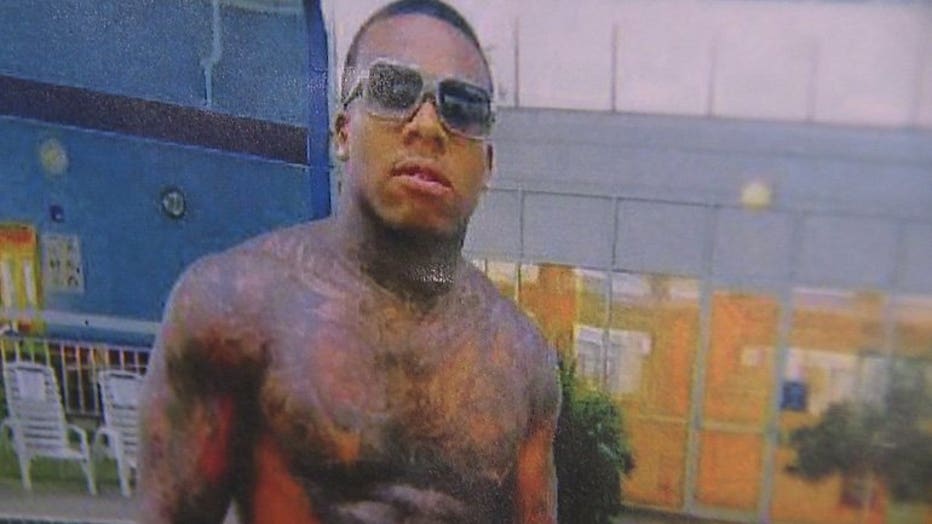 Robinson and Mims exited the vehicle and walked toward Blackmon. The complaint said Monroe indicated Norva Armstrong asked for a gun, and Monroe gave her one. He said Norva Armstrong tried to shoot Blackmon, but the gun jammed. Monroe said he took the gun back and tried to clear it. He said eventually he pointed a gun at Blackmon's legs and pulled the trigger, but it still wouldn't fire. At this point, he said he saw Charles Mims point a gun at Blackmon and pull the trigger, but the gun jammed as well. He said he saw a cartridge eject from that gun and fall to the ground, and he said he then heard two gunshots. The complaint stated Angela Armstrong indicated she observed her sister fire a gun twice toward Blackmon, after saying, "What's up now man?" 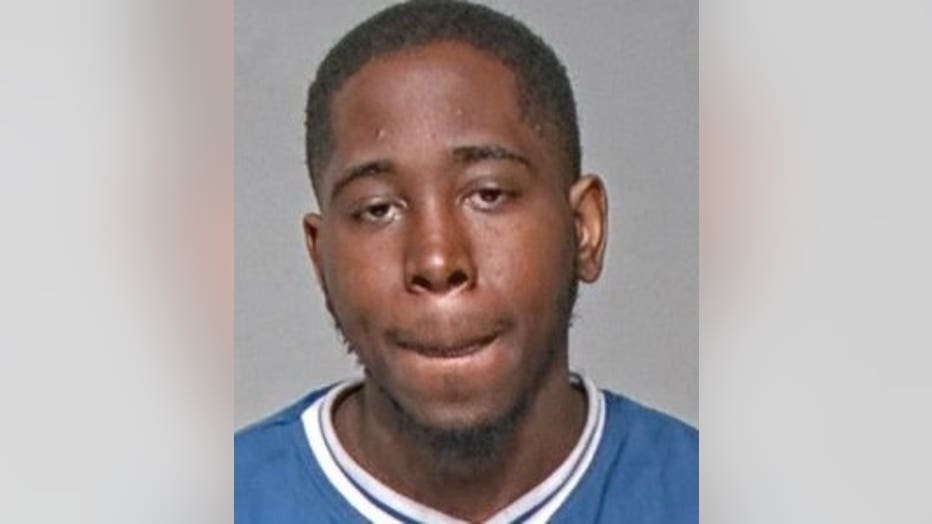 Monroe noted that Norva Armstrong "has been to prison" and Robinson "is a convicted felon."

After the shooting, Monroe said Angela drove him and Mims away from the shooting scene and back to the home on 40th Street. Norva Armstrong and the second woman who was in the gas station came shortly thereafter, as did Michael Bush. The complaint said Monroe and the others told Bush about the shooting and "Bush assisted in trying to determine which gun had been fired by smelling the firearms, and by smelling the hands" of those allegedly involved. The complaint said Bush "instructed everyone not to talk to the police, and that they needed to get rid of the guns." Prosecutors said he took the guns, placed them in a bag and left with the purpose of concealing them at a different location." 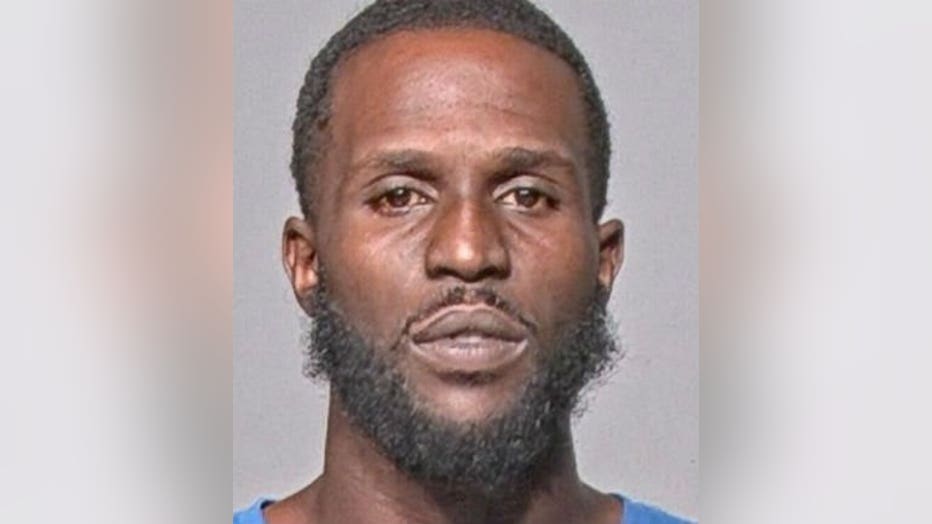 When the home on 40th Street was searched, no firearms or ammunition were located, but police found a spent 9mm casing on the rear parking slab and it matched the spent cartridge casing recovered from the homicide scene.

The complaint noted that the firearms described by Monroe and other witnesses and co-conspirators hadn't been found. 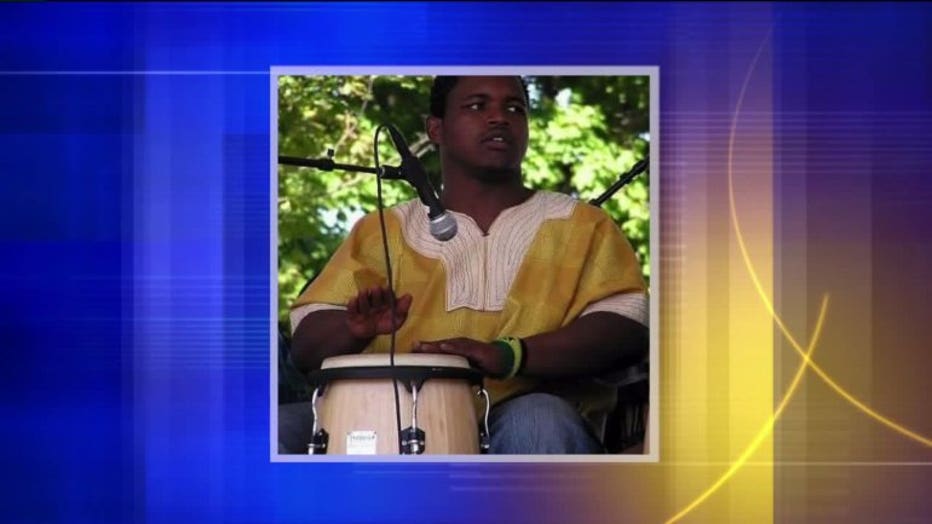 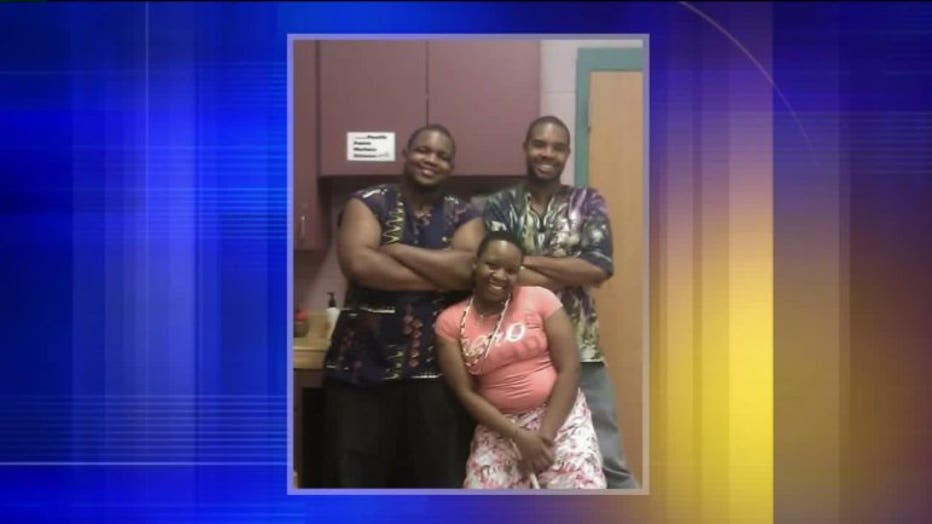 FOX6 News spoke with Barbara Leigh, who said she met Jonathan Blackmon when he was 20 years old, doing shows for the Milwaukee Public Theatre.

"He could speak the language of other kids in a way that very few other people could," said Leigh. 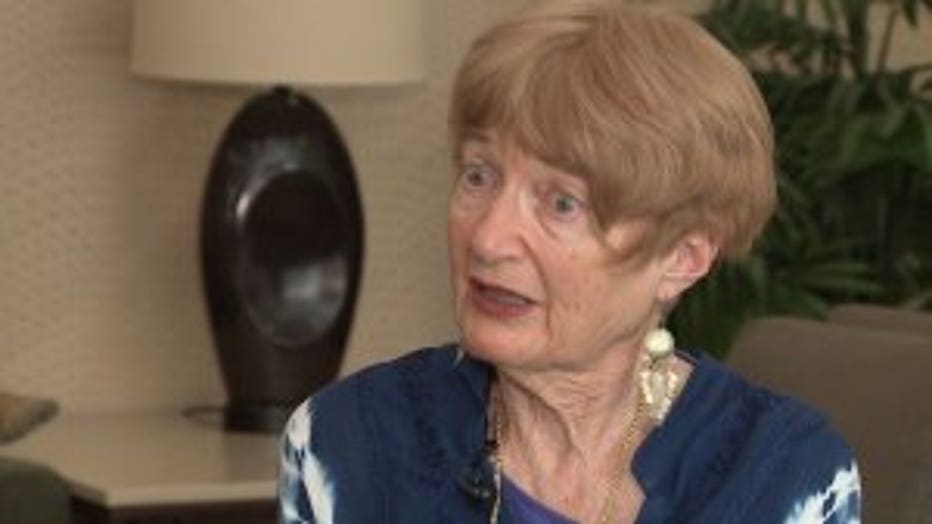 A Go Fund Me site set up for Blackmon said he had mental illness -- causing him to react in ways that were "drastically different from the Jon we all know." 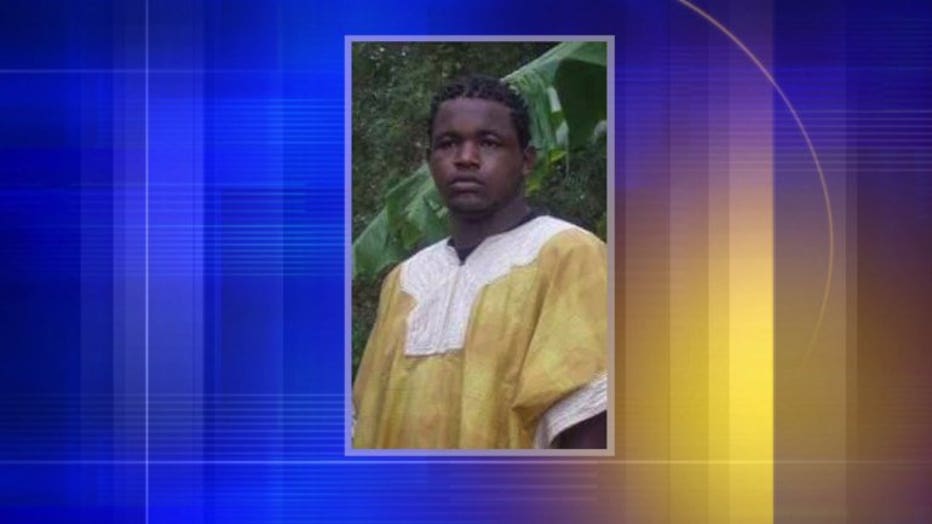 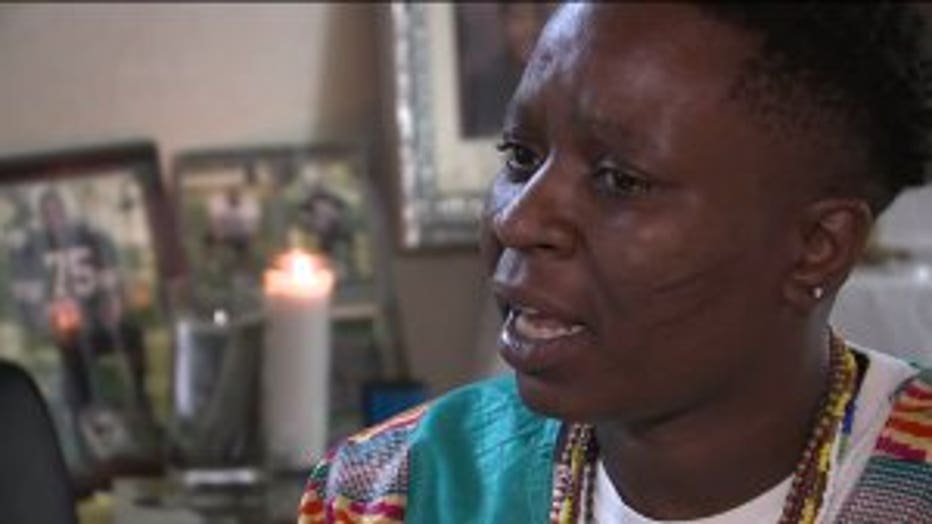 His roommate and long-time friend Ojumire Charleston spoke out after charges were filed.

"I grew up learning a lot from him. I like fun times where I was able to just joke around with him instead of the ones where he was like, upset. Those ones I didn't understand. I never felt fear until this time. He was really working on not going manic, and I just don't understand this time. His eyes would get glossy or crossed like that -- or big.  I have to just accept it and move on and just keep my memories with me of Jon," said Charleston.