MILWAUKEE -- Milwaukee police are asking for the public’s help in identifying two suspects wanted in an armed robbery at a Walgreens store --  located near 35th and Wisconsin Avenue. It happened around 1:05 a.m. on June 5.

Police say the suspects walked into the store and started acting suspiciously.  Store security approached the suspects at which time one of the suspects pulled out a gun and threatened to shoot the occupants of the store.

The suspects then stole merchandise worth more than $1,100 and fled the scene. 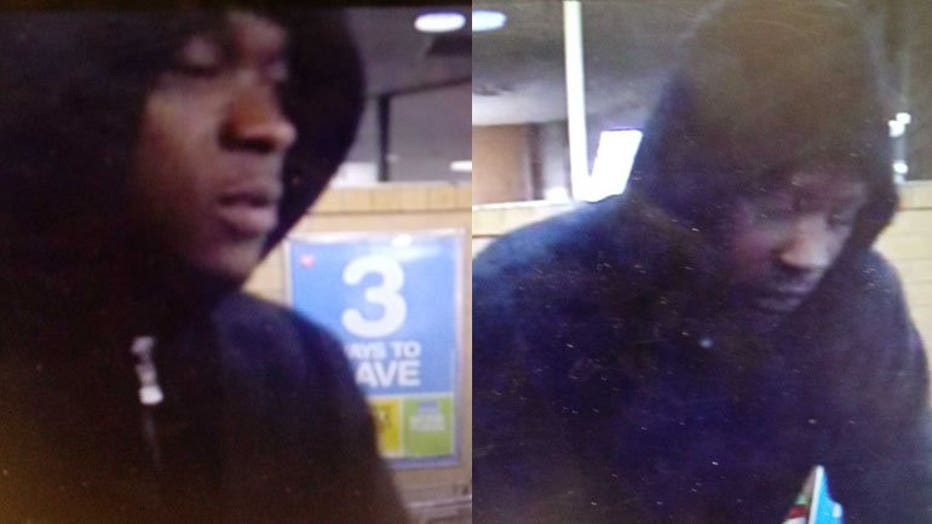 Suspect #1 is described as a black male, between 25-28 years-old, 5’6”-5’8” tall, with a medium build, clean shaven, and a dark complexion.  He was last seen wearing a black hooded sweatshirt with its hood up, a white shirt, dark blue jeans, and brown shoes.

Suspect #2 is described as a black male, between 25-32 years-old, 6’ tall, with a dark complexion.  He was last seen wearing a black hooded sweatshirt with the hood up, a long black shirt, stone washed jeans, and black shoes.