CALCASIEU PARISH, La. – Two Texas men died in a failed attempt to clear a gap in a Louisiana drawbridge with their car Friday morning, according to state police.

Officials have identified the men as Alejandro Cazares, 23, of McAllen, and Roberto Alejandro Moreno, 32, of Edinburg.

A witness told investigators that the drawbridge was raised to let a boat pass below the Black Bayou Bridge around 2:00 a.m. when a 2016 Chevrolet Cruze pulled up to the gate arm and paused.

The passenger got out and raised the arm so the driver could pull under it, then got back in the car. The witness said the driver "then accelerated forward in an attempt to 'jump' the ramp of the bridge," according to a Louisiana State Police news release. "The vehicle became airborne, landed in the waterway and sank to the bottom." 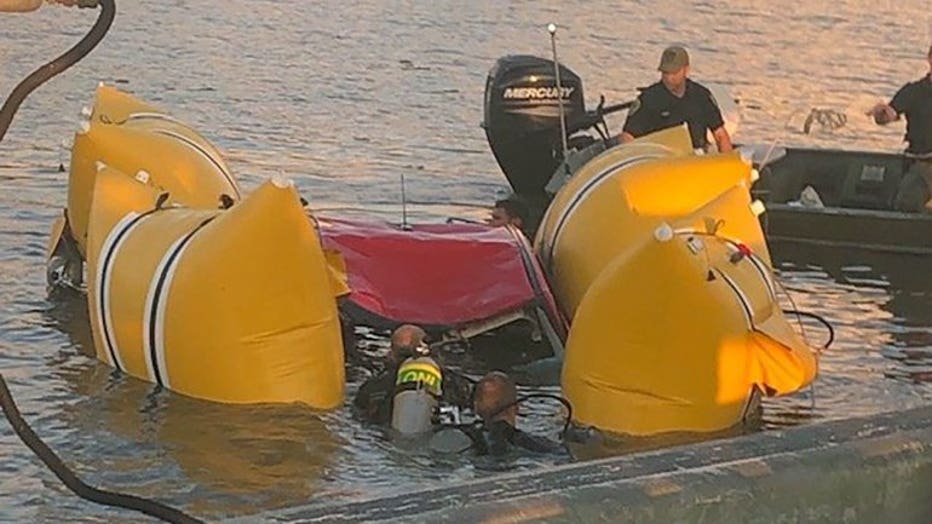 The car was raised to the surface by state police.

Police say the driver never made it out of the car, but the passenger's body was found outside the vehicle. Both men were pronounced dead at the scene, according to the Calcasieu Parish Coroner's Office.

Toxicology tests on the two men are pending.