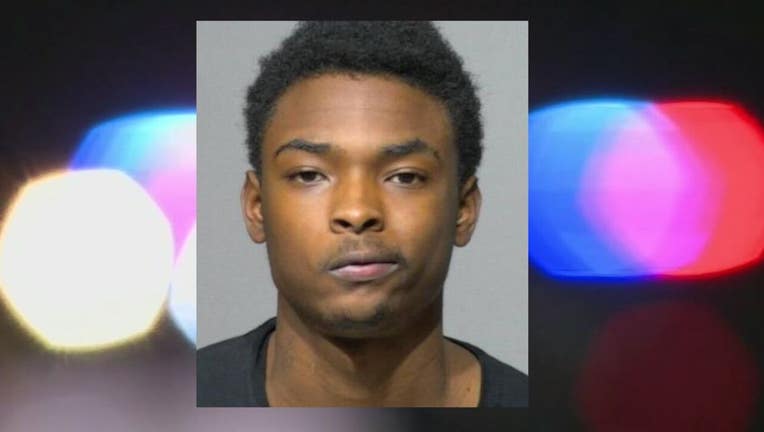 According to a criminal complaint, police responded to the area near 40th and Silver Spring around 4:30 p.m., where they found Victim #1, a man, dead in a Chevy Malibu with gunshot wounds to his chest and face. A witness said a red car had been parked next to the Malibu, and the witness saw someone pick something up off the ground before getting back into the red car. Another witness told police that red car was a Nissan Maxima and offered a partial plate number.

A bus driver who witnessed the shooting said they saw two people get out of the Nissan and approach the Malibu, one on each side of the vehicle. The man on the driver's side then stepped back and fired repeatedly into the Malibu.

About 20 minutes later, around 4:50 p.m., police were called to 63rd and Kaul, where they found Victim #2, a man, dead in a living room with a gunshot wound to the chest.

An investigation revealed the 911 caller who brought police to 63rd and Kaul lied about what happened, telling police about a man shooting at a nearby gas station, the complaint says.

According to prosecutors, this witness later admitted he lied, telling investigators he was with McDade, Victim #2 and another person on Saturday, and they were going to meet up with Victim #1 "to trade for a gun." The witness said they planned to rob Victim #1 of the gun, and McDade was supposed to be the driver.

He said McDade gave a pistol to one of the people in their group who already had a weapon, so that person was then armed with two guns. McDade drove them to 40th and Silver Spring in McDade's mother's Nissan Maxima, prosecutors say.

Amid the gunfire, the witness told investigators Victim #2 was able to get Victim #1's gun, but he later dropped it. The witness said he then picked it up, and the four men left the scene in the Nissan.

This witness said after the shooting, McDade and the man who had been armed with two guns went to his house while he was in custody and "threatened his mother and told him not to tell what happened," the complaint says.

Further investigation revealed the red Nissan had been junked five days after the homicides by McDade's mother.

Prosecutors say McDade offered details about the crimes to a fellow inmate locked up with him at the Milwaukee Criminal Justice Facility.