GERMANTOWN -- Two coaches are still recovering from injuries after a fight broke out at a girls basketball game in Germantown on Wednesday, July 22.

It should have been a friendly game. The Wisconsin Blizzard girls independent league was set to play a tournament at Germantown High School on Wednesday. After an ugly turn, it was canceled -- the incident captured on the gymnasium's camera. 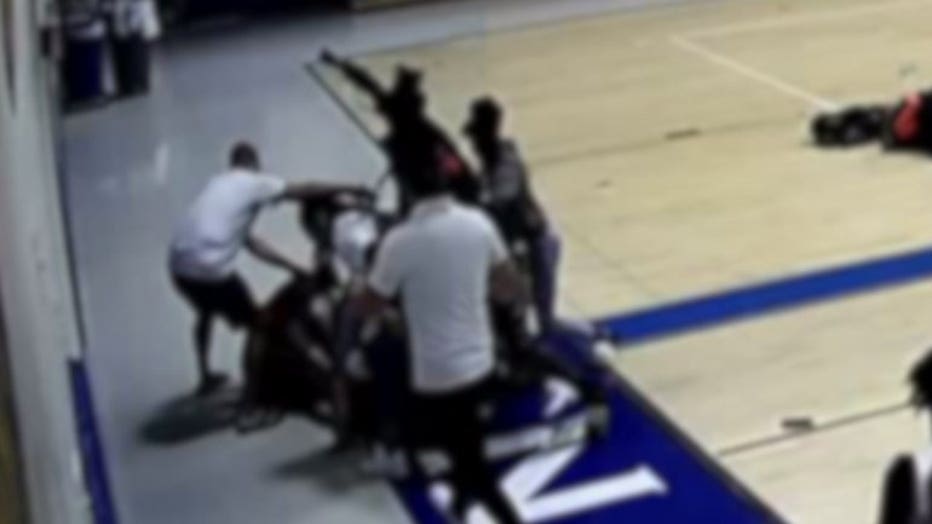 Referees said three men were causing problems, so much so that they stopped the game and asked them to leave. Police said it is not clear what was said, but video showed what happened when one of the coaches turned toward them.

The group of men closed in on the bench, followed by a first punch that led to an all-out brawl. Police said two male coaches were taken to the hospital with injuries as other players and parents looked on. 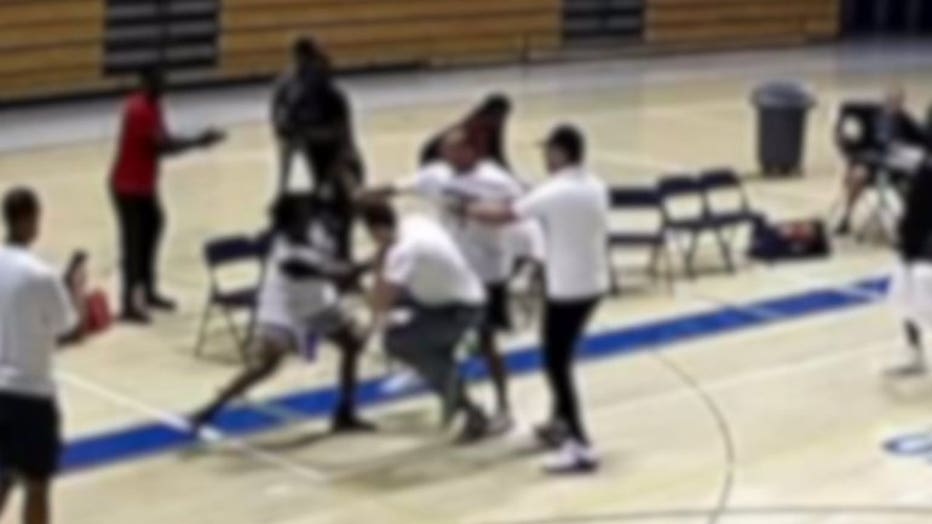 Four people involved in the brawl left before police arrived; they are still looking for them. Authorities are also looking for a young girl who they believe might have been injured.

The police side of things has wrapped up, and they handed the case over to the district attorney's office for possible charges. A board member with the independent league called this a "terribly unfortunate incident" and said that they, too, are looking deeper into the matter.