CHICAGO — Lori Lightfoot told aldermen and other city powerbrokers assembled at her inauguration Monday as Chicago's first black woman mayor that she meant what she said on the campaign trail about top-to-bottom reforms in the nation's third largest city. 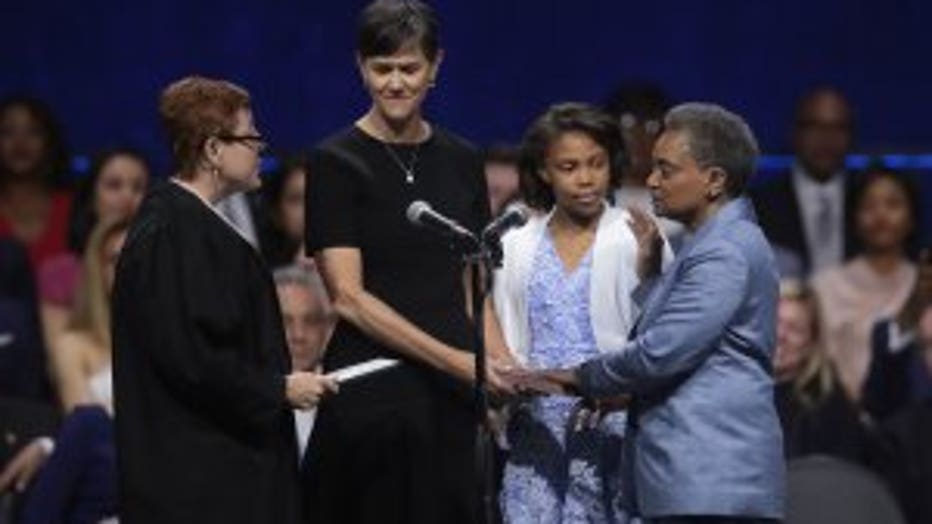 CHICAGO, ILLINOIS - MAY 20: With her wife Amy Eshleman and daughter Vivian by her side Lori Lightfoot (R) is sworn in as Mayor of Chicago by Judge Susan Cox (L) during a ceremony at the Wintrust Arena on May 20, 2019 in Chicago, Illinois. Lightfoot b

"For years, they've said Chicago ain't ready for reform," said Lightfoot, speaking minutes after her swearing-in at the Wintrust Arena. "Well, get ready, because reform is here."

She spoke about curtailing some powers of city council members to lessen temptations for corruption and that structural changes to reduce gun violence would be among her top priorities. Hours later, she signed an executive order limiting aldermanic prerogative, a custom that allows each alderman to direct zoning and period decisions in their ward.

Among her toughest challenges — and perhaps the one most scrutinized by those outside the city — will be overhauling the beleaguered Chicago Police Department.

Lightfoot isn't the first incoming Chicago mayor to have pledged to overhaul a department accused for decades of abuses. But with a court-monitored plan, or consent decree, recently approved by U.S. District Judge Robert Dow, she has the best chance of actually getting it done.

Lightfoot, who made history in April when she defeated a longtime political insider to become the first black woman and openly gay person elected to lead Chicago, signaled days before her inauguration that she's serious about transforming the 13,000-officer force by appointing top staffers with histories as strong police-reform advocates.

Even with court backing, Lightfoot faces obstacles to enacting the meaningful changes that protesters sought after the 2015 release of video of a white officer shooting black teenager Laquan McDonald 16 times.

"I believe she's a true reformer," said Phil Turner, who like Lightfoot, is a former federal prosecutor in Chicago. "But there's a difference between trying to reform police and reality. She is up against a lot of enrichened forces."

The fiercest resistance will come from rank-and-file officers and the union that represents them, which has been openly hostile to key provisions, arguing that many will tie officers' hands and make it impossible for them to do their jobs right. 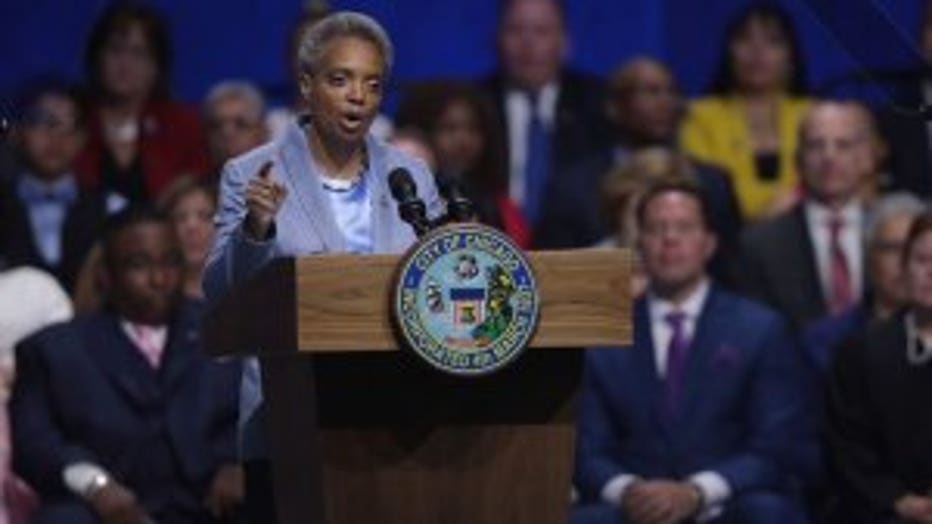 CHICAGO, ILLINOIS - MAY 20: Lori Lightfoot addresses guests after being sworn in as Mayor of Chicago during a ceremony at the Wintrust Arena on May 20, 2019 in Chicago, Illinois. Lightfoot become the first black female and openly gay Mayor in the cit

One requirement that the union singles out for criticism — and that Lightfoot has heralded — is that officers document each time they point their weapons at someone, even if they don't shoot. The union says it will cause police to hesitate, potentially putting them at risk.

There's also no guarantee officers will fully comply with any new policies. Dow's ability to hold people in contempt if they don't adhere to reforms only goes so far, Turner said.

"You can't hold entire entities, like officers on the street, in contempt," he said. "The person nominally in charge and who a judge can charge with contempt is the mayor. But she's a proponent of reforms."

The plan that Dow approved in January was a culmination of the scandal surrounding McDonald's death and came after a Justice Department investigation concluded that racial bias and poor training contributed to a pattern of abuse by police. Illinois' attorney general sued the city to force the court's supervision after years of inaction by the City Council, which dealt with systemic police misconduct in recent years by approving millions of dollars in lawsuit settlements.

Lightfoot is likely to fill top posts in her administration with people who support the changes. Her chief of staff, named Wednesday, is Maurice Classen, a former prosecutor in Seattle, where he lobbied for "systemic and deep reform" of city police. He later helped develop anti-violence and policing strategies in cities nationwide.

He told the Chicago Sun-Times that Lightfoot's administration will be focused from her first days on the job on better management of city costs and ensuring that "compliance with the consent decree is a high priority for the Police Department."

Money will be an issue. City officials recently said Chicago's 2020 budget shortfall was around $740 million, worse than previously thought. Some changes, including to police training, will require funds. But the consent decree doesn't spell out how much the city should spend — something Lightfoot has criticized.

Lightfoot's campaign platform called for changes that go beyond the consent decree, including the adoption of a policy in place in New York requiring that newly hired officers spend two weeks meeting residents in the neighborhood they will police.

Among her other priorities is improving the percentage of homicide cases detectives solve from the current 20%. A specific proposal is for a mobile lab that can cut the time it takes to process ballistics evidence from days to just a few hours.

During her Monday speech, Lightfoot repeatedly returned to the issue of violence, saying "there is no higher calling than restoring safety and peace in our neighborhoods."

"People cannot and should not live in neighborhoods that resemble a war zone," she said, adding later that "Public safety must not be a commodity that is only available to the wealthy."