A 17-year-old boy was shot by Wauwatosa police Tuesday night during a traffic stop of a car that had been reported stolen. He is expected to be OK.

WAUWATOSA, Wis. - A 17-year-old boy was shot by Wauwatosa police Tuesday night, April 5 during a traffic stop of a car that had been reported stolen.

The traffic stop happened in an alley near 92nd and Congress. During the investigation, police learned that the teen's family actually owned the car. They had reported stolen – but never told police that they got it back.

Police said the teen had a gun and refused to drop it. MacGillis was visibly frustrated about the series of events that led to two officers firing shots, wounding the 17-year-old.

"Let’s get down to brass tacks here: Why does a 17-year-old have a firearm in their hand? Why does that happen?" MacGillis said. 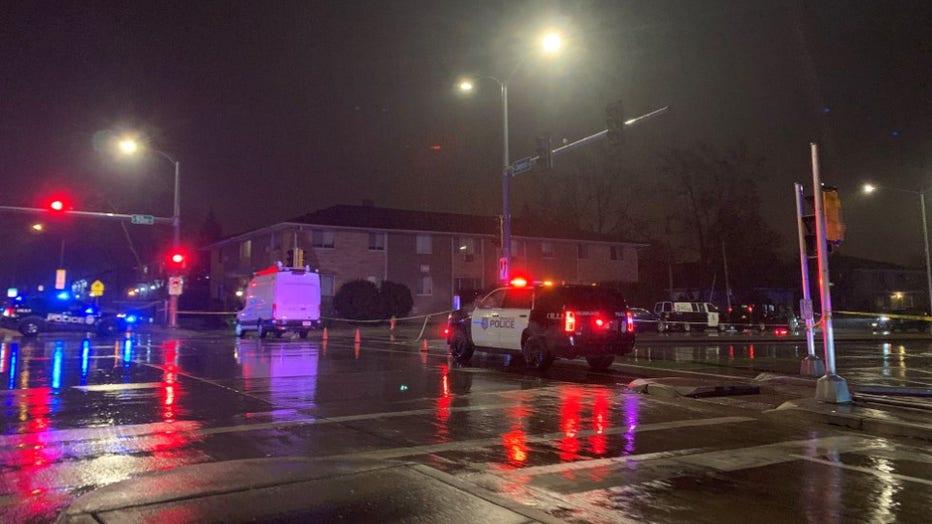 The police chief said officers were on patrol when the car was spotted. The car turned into an alley, and officers began to approach the driver.

"The male exited the vehicle, armed with a handgun. Officers gave commands to drop the gun, however, he failed to comply with commands and began running towards officers," said MacGillis.

The 17-year-old was taken to the hospital and is expected to be OK.

Wauwatosa police on Wednesday provided an updated related to the officer-involved shooting that transpired Tuesday night.

MacGillis said he has seen the bodycam and dashcam video, but would not detail what was in the video, saying he does not want to compromise the investigation.

Investigators are seeking additional information, including witness accounts and video evidence, from the area around 10:50 p.m. Anyone with information or video that could help is urged to contact the Milwaukee Police Criminal Investigation Bureau at 414-935-7360.