HARTFORD -- A 17-year-old Hartford Union High School student has been charged in connection to a bomb threat that led to an evacuation of the school on Wednesday, May 10th. Kevin Perley is facing one felony charge of making a bomb scare. 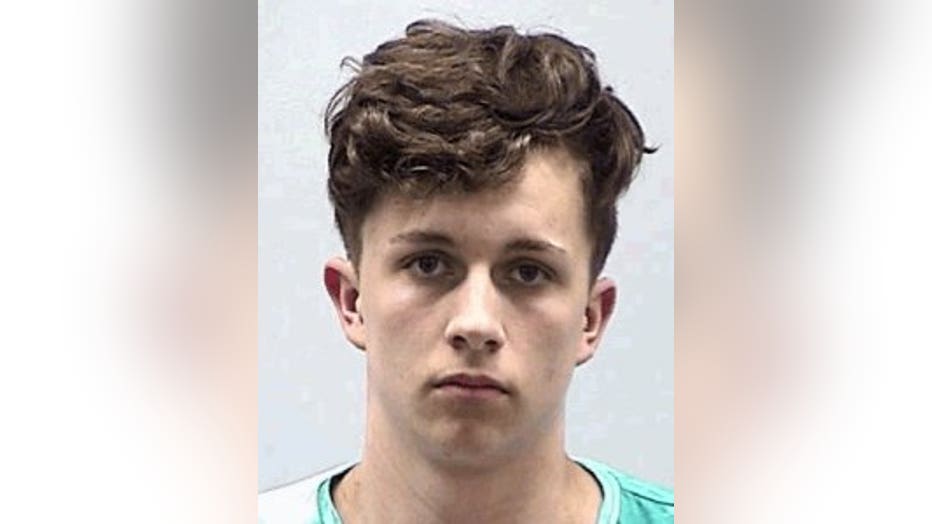 According to the criminal complaint, officers were dispatched to Hartford Union High School around 12:10 p.m. for reports of a bomb threat. Upon arrival, officials spoke with the dean of students -- who stated that three students from the high school reported that they had located a note stating, "bomb at 2:00."

Police were requested to search the school, and assistance was later requested from the Milwaukee County Sheriff’s Office’s bomb squad.

The school was searched, and an “all clear” was issued at approximately 3:00 p.m. No explosive devices were located.

Detectives then spoke with Kevin Perley -- one of the three students who reported the note. During the course of the interview, Perley stated that on May 10th between 11:30 a.m. and 11:40 a.m. he went to the bathroom and used a back stall. At that time, he noticed a sheet of paper on the railing which stated, "bomb at 2:00." Perley told investigators he showed the note to two of his friends before reporting it to the dean of students.

During a review of the video surveillance footage from within Hartford Union High School, detectives determined that Perley never entered the bathroom between 11:30 a.m. and 11:40 a.m. on the date the threat was discovered.

According to the criminal complaint, "furthermore that video surveillance footage showed that at 10:40 a.m. the defendant (Perley) did sign into his study hall inside the school library. After a period of time, (Perley) is observed asking another student for what appears to be a pencil. The student then provides (Perley) with a pencil and the defendant returns to his table, where he eventually takes out a notebook sheet of paper and appears to write something down. The defendant then folds the piece of paper and places it into his short's pocket."

The complaint indicates that Perley then went into the gym -- where he speaks with two other students. The three students are then seen on surveillance footage walking out of the gym and entering the main attendance office -- where they report the bomb scare incident.

After reviewing the footage, investigators interviewed Perley. During the course of that interview Perley admitted that he was the person who wrote the note and he had not, in fact, found it in the bathroom.

Police said it was also determined that threats made in this incident were completely baseless, and that at no time was there an actual explosive device either on Hartford Union High School grounds or in the possession of the suspect.