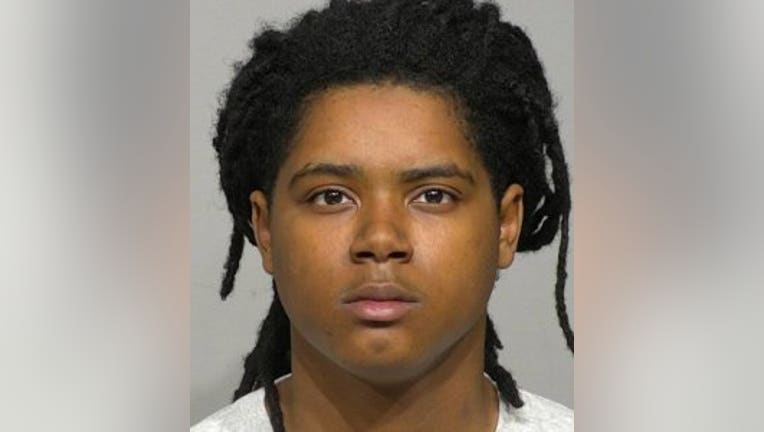 MILWAUKEE -- A 17-year-old boy is accused of leading Milwaukee police officers on a pursuit reaching estimated speeds of up to 70 miles per hour through Milwaukee neighborhoods.

Isiah Nellum of Milwaukee faces one felony count of attempting to flee or elude an officer.

According to a criminal complaint, on April 20, around 11:30 p.m., officers on patrol spotted a vehicle being driven recklessly near 15th and Atkinson -- traveling at speeds of approximately 60 to 70 miles per hour. The officers conducted a U-turn in an attempt to catch up with the vehicle, which turned northbound on 19th Street without headlights on. The complaint said the driver disregarded a stop sign on Capitol Drive as the vehicle continued to head north on 19th Street.

According to the complaint, there was nearly a head-on collision with another vehicle near Fiebrantz, before the driver continued to Hope Avenue, where the driver turned west and then took the first alley to the north -- continuing northbound across Olive Street before turning west on Congress.

Police caught up with the vehicle at Roosevelt and Congress, where the complaint said the driver disregarded a stop sign and continued north on Congress.

According to the complaint, police activated their lights and sirens near 22nd and Congress, and the suspect vehicle slowed as if it was going to stop -- but the driver continued fleeing, turning north on Teutonia.

Near Teutonia and Congress, the driver bailed -- fleeing on foot before he was arrested near 26th and Port Sunlight Way.

Nellum made his initial appearance in court on Tuesday, April 23. Probable cause was found for further proceedings. Cash bond was set at $2,500, and a preliminary hearing was scheduled for April 29.