FOND DU LAC -- A 16-year-old boy from Milwaukee is in custody following a pursuit that occurred in Fond du Lac on Wednesday evening, July 8th.

Officers were dispatched to the area of W. Scott Street and N. Hickory Street for a report of a suspicious vehicle in the area. The license plate showed that the vehicle had been stolen from Milwaukee in a strong-armed carjacking.

As an officer pulled in behind the vehicle, police say the suspect began ramming the officer's squad and another vehicle in the area -- in an attempt to get away. The suspect was able to get around the squad car and a pursuit began.

The suspect vehicle headed eastbound on State Highway 32, until it reached the area of County Highway UU.

Police say the suspect then made a U-turn, heading back westbound on State Highway 23.

The suspect vehicle then turned onto Country Lane -- into a Walgreens parking lot, where he again rammed a squad, police say.

He then pulled back onto State Highway 23 -- continuing westbound at a high rate of speed, where the suspect vehicle struck another vehicle and lost control -- striking a sign, a light pole and some trees in the area of State Highway 23 and National Avenue.

Then, police say the suspect fled on foot.

He was apprehended by K9 Packo and his partner.

The 16-year-old Milwaukee boy was taken into custody. He was taken to the hospital for treatment of a dog bite from the K9 officer. 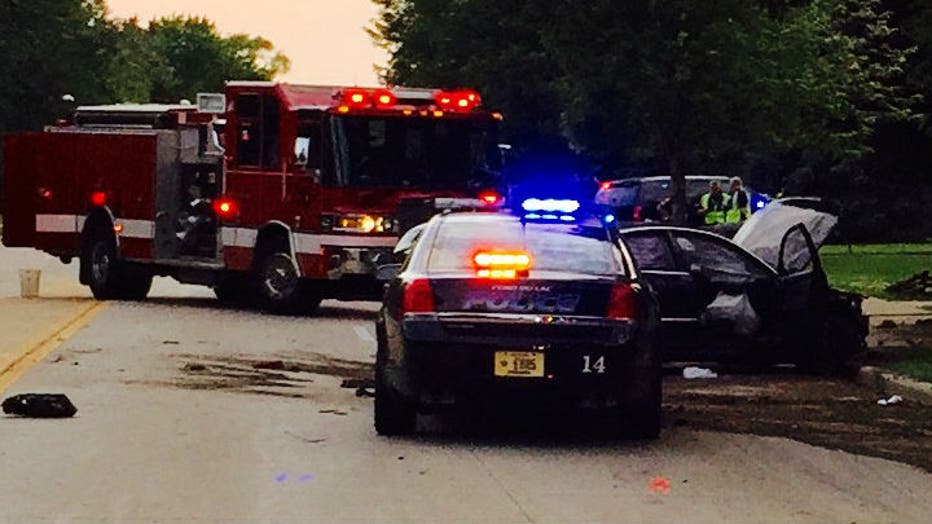 The boy faces charges in Fond du Lac, including multiple counts of recklessly endangering safety, operating a vehicle without the owner's consent, eluding an officer and resisting arrest.

In addition, he could face charges out of Milwaukee in connection with the stolen vehicle.