15-foot fisherman, 14-foot trout on roof of Twin Lakes restaurant: “You can`t get any better than a giant fish!”

15-foot fisherman, 14-foot trout on roof of Twin Lakes restaurant: "You can`t get any better than a giant fish!" 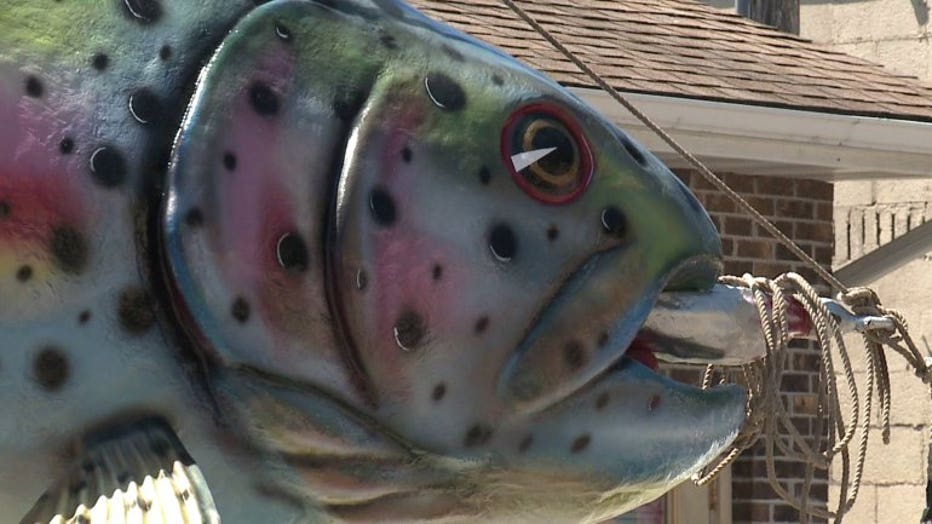 "You can't get any better than a giant fish!" Cydney Swanson said.

Ken Perl owns Mad Dan's with his wife, and they are responsible for finding the fisherman and the rainbow trout he tows.

"We had this in the works for about five years. There's only one of these made -- one of these fishermen made," Perl said. 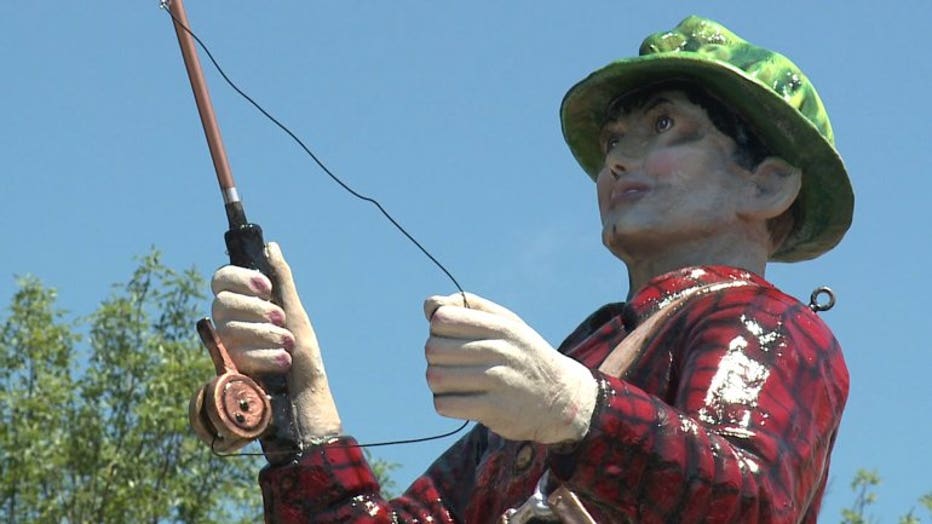 Perl is originally from Des Plaines, Illinois, where the display marked the Fisherman's Dude Ranch, which closed many years ago.

"I said 'I would like to bring it back to life and rejuvenate it in downtown Twin Lakes,'" Perl said.

So Perl negotiated a purchase price, and had the folks at Burlington Sign rejuvenate the display.

"Now you'll be able to find the place a lot easier -- for folks that are out of town, you know?" John Leisen said. 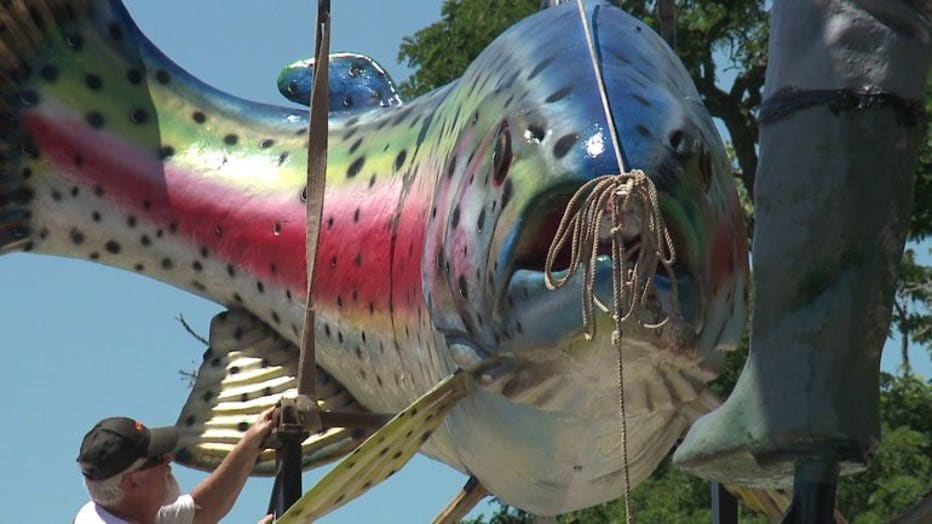 But now, their focus will be where they spot the fish fly -- atop the home of the Wisconsin fish fry.

Perl says he has plans to put in some waves, some grass, and even some cattails to complete Mad Dan's rooftop display. 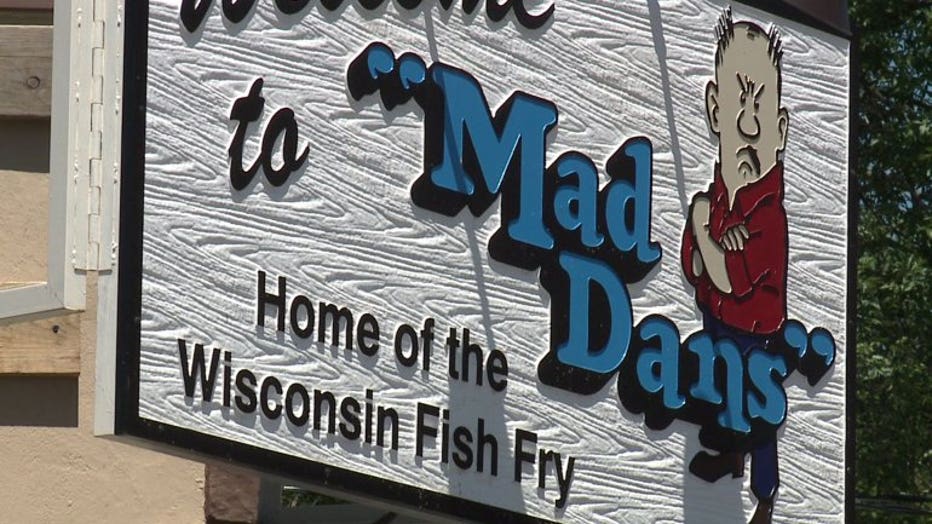