RACINE COUNTY -- A 27-year-old Milwaukee woman is facing a number of charges -- accused of running a red light and causing a serious crash in Racine on Sunday, September 6th -- and then fleeing the scene. Nine people were injured in the crash. 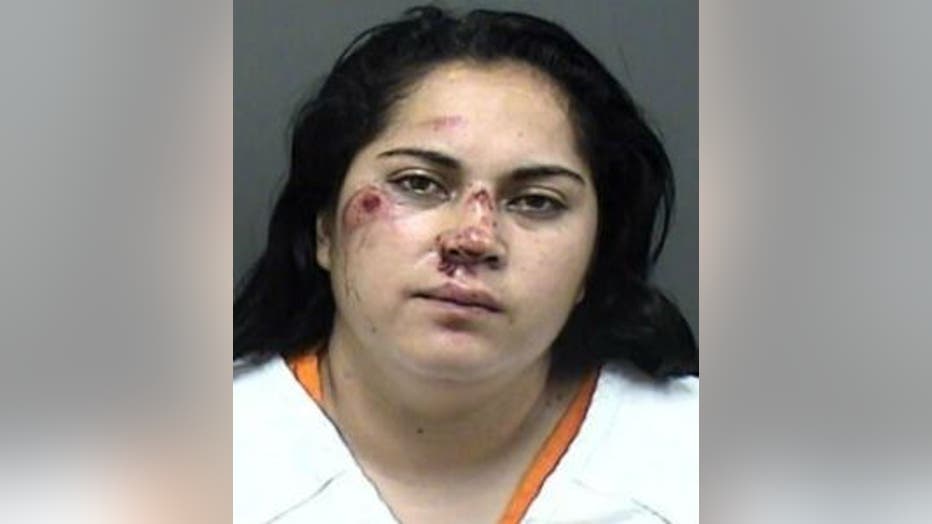 The accused is Araceli Espino-Ramirez. She faces a total of 15 charges, including:

On Sunday night, shortly before midnight, Racine police responded to a hit-and-run incident on South Memorial Drive at 16th Street.

Witnesses indicated a pickup truck had gone through a red light at 16th Street -- striking another vehicle.

The complaint indicates witnesses advised there were three people in the striking vehicle.

There were six people in the vehicle that was hit -- and one of them had to be taken via Flight for Life to Children's Hospital.

The complaint says one of Espino-Ramirez's passengers hit their head on the windshield during the crash, and skin was left embedded in the windshield.

The man told investigators Espino-Ramirez wouldn't let him drive the truck, according to the complaint.

The man said as they were approaching the red traffic light at 16th Street, he advised Espino-Ramirez that there was a red light, but said she accelerated more and ran the light -- colliding with the other vehicle. The man estimated the pickup truck's speed to be around 45 miles-per-hour prior to the crash.

This man was injured in the crash -- suffering a broken vertebrae among other injuries, according to the complaint.

Police say Espino-Ramirez ran from the vehicle following the crash, but she was later taken into custody. The complaint indicates she had to be "decentralized to the ground" in order to prevent her from continuing to flee.

Espino-Ramirez admitted to driving the pickup truck, and further admitted she didn't have a drivers' license, officials say.