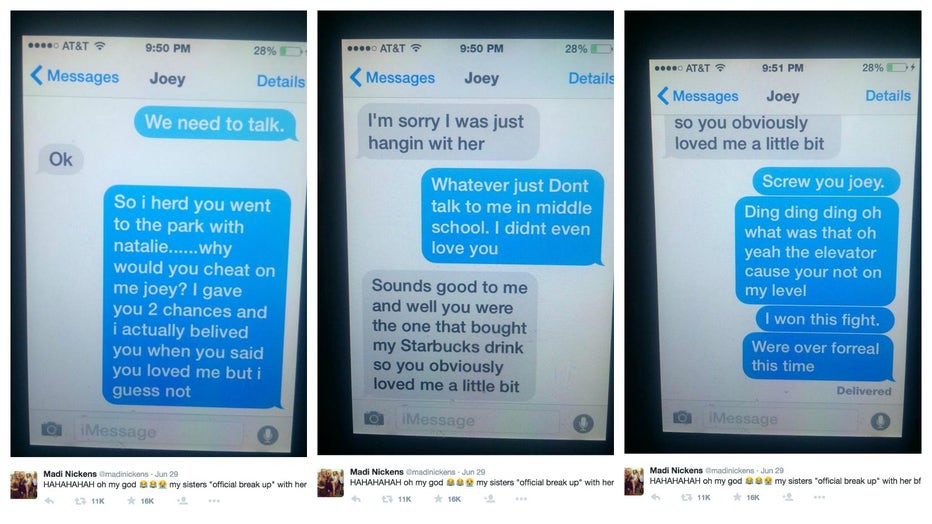 The screenshot purportedly shows what an 11-year-old texted her boyfriend after finding out her boyfriend, Joey, went to the park with Natalie.

Madi Nickens tweeted out screenshots of her sister’s conversation where the girl called out Joey for cheating. The 11-year-old apparently gave him two chances already, and wrote, “Don’t talk to me in middle school. I didn’t even love you.”

Joey mentioned the one time she bought him Starbucks, and said she clearly loved him a little. She replied with, “Ding ding ding oh what was that? oh yeah the elevator cause you're not on my level. I won this fight. Were over forreal this time.”