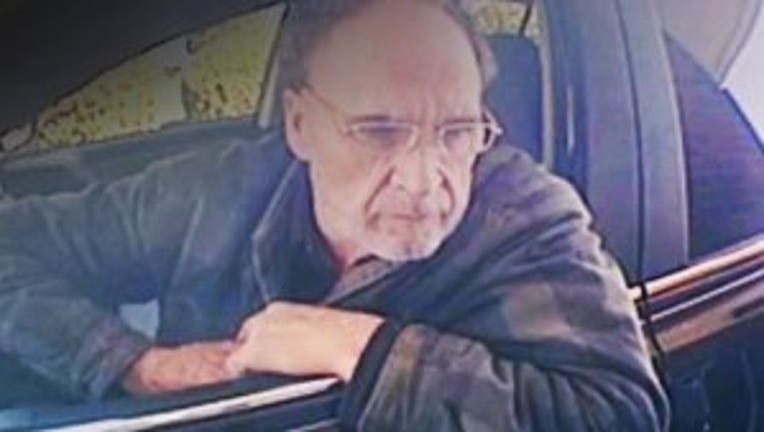 FORT ATKINSON -- The Bureau of Alcohol, Tobacco, Firearms and Explosives on Monday, July 13 offered a reward of up to $10,000 for information leading to the arrest of Kevin Anderson, 62, wanted in connection with the murder of his sister and her husband -- and for setting his deceased parent's house on fire on June 16.

Investigators have been unable to locate Anderson since the incident. 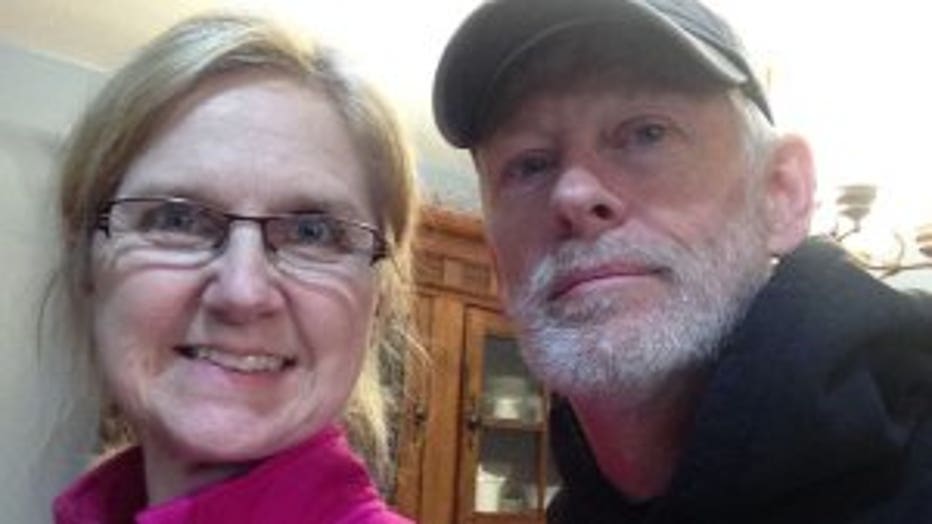 He is described as a white man, 6' tall and around 200 pounds with blue eyes and balding brown hair.

According to a criminal complaint, deputies were called for a potential burglary in the Town of Sumner on June 16 at around 5:45 p.m. The caller, Nedra Lemke, told dispatch that she and her husband, Jim, had arrived at a property to mow the lawn and noticed broken windows, suspecting a break-in.

When authorities arrived -- approximately 12 minutes after the call -- a sheriff's deputy approached an SUV parked in the driveway and found a woman with a gunshot wound lying on the ground. The deputy then noticed a man inside the SUV and asked him if he was okay, but the man did not respond. The deputy then went back to his squad to get his rifle.

Body camera footage from the deputy showed that, at the time he went back to the squad, there was no sign of a fire at the home. Footage showed a second-story window that appeared to be open on the home's northeast side.

When the deputy called in the events form his squad -- which was positioned between himself and the home -- someone, believed to be on the second story of the home, started to fire a gun in the deputy's direction. The deputy fired four shots back toward the second-story window on the home's northeast side.

The deputy is considered a victim of attempted intentional first-degree homicide in the investigation.

Body camera footage from the deputy, reviewed by the Wisconsin Department of Justice, recorded 12 shots being fired. Multiple shots were fired into the deputy's squad car, mostly to the driver's area of the squad. 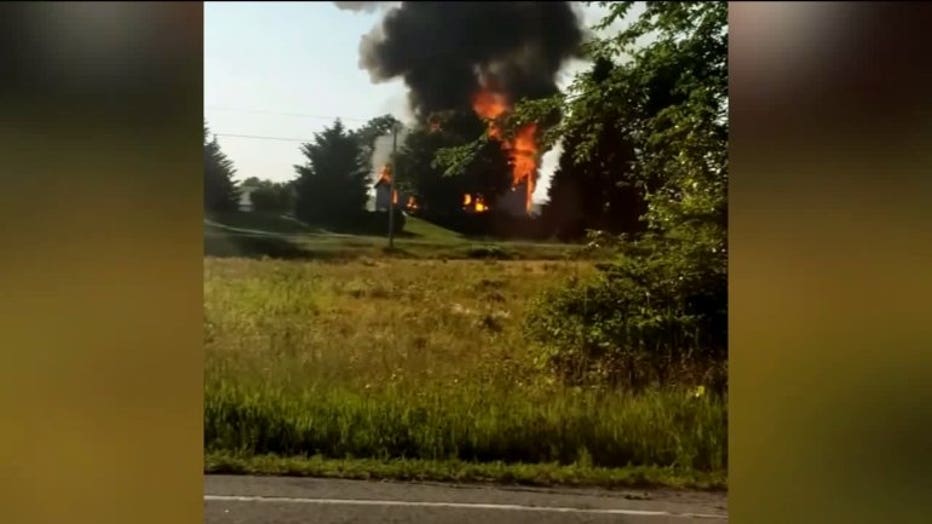 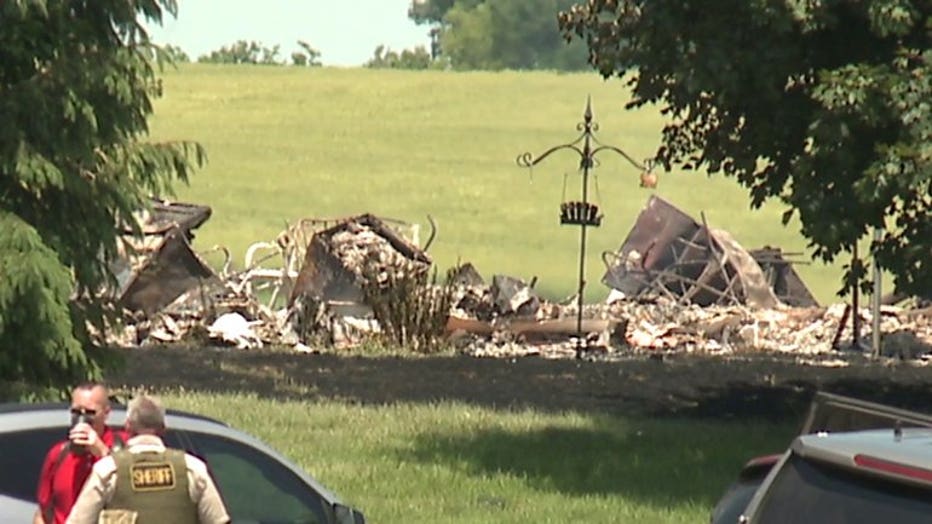 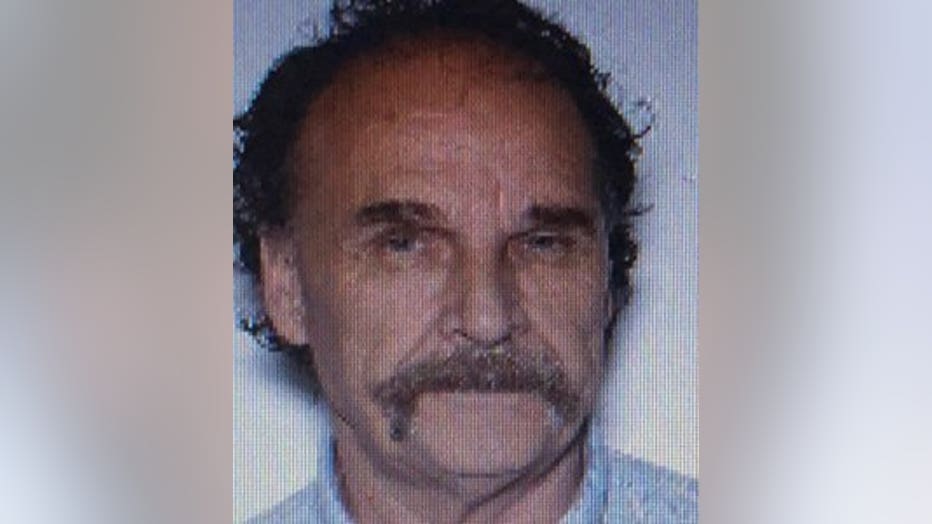 When additional authorities arrived approximately three minutes after the deputy's arrival, dark smoke and flames were seen coming from the house. Law enforcement drone surveillance of the scene located a man lying on the driveway in front of the SUV. He appeared to be deceased. Members from the Jefferson County SWAT team went onto the property and found the man and woman, both deceased, on the driveway.

A search of the property found a black pick-up truck registered to Anderson's wife. The victims in the driveway were identified as Nedra and Jim Lemke -- Anderson's sister and brother-in-law. The man in the backseat of the SUV in the driveway was identified as Jim Lemke's brother, who is non-verbal due to mental and physical limitations and, therefore, could not provide a statement to law enforcement.

In an interview, Anderson's wife told law enforcement that he was supposed to be the representative of his parent's will. When his father passed away, however, Jim Lemke informed Anderson that he, Lemke, was the representative for the will -- not Anderson. When asked if that upset Anderson, his wife told law enforcement: "Well yeah. I don't think he was really happy about that."

On June 17, the day after the incident, Anderson's wife told law enforcement that she had not spoken to him since June 15. He had said he had some gravel jobs to do on June 16, the day of the incident, and was gone that morning when she woke up.

The victims' daughter told law enforcement that she spoke with her mother, Nedra, on June 13. That afternoon, she said, her mother noticed a trail cam affixed to a bird feeder and a light left on in the basement at the property where the incident took place. Concerned, she said Nedra began checking the property every day to document its condition in a journal. 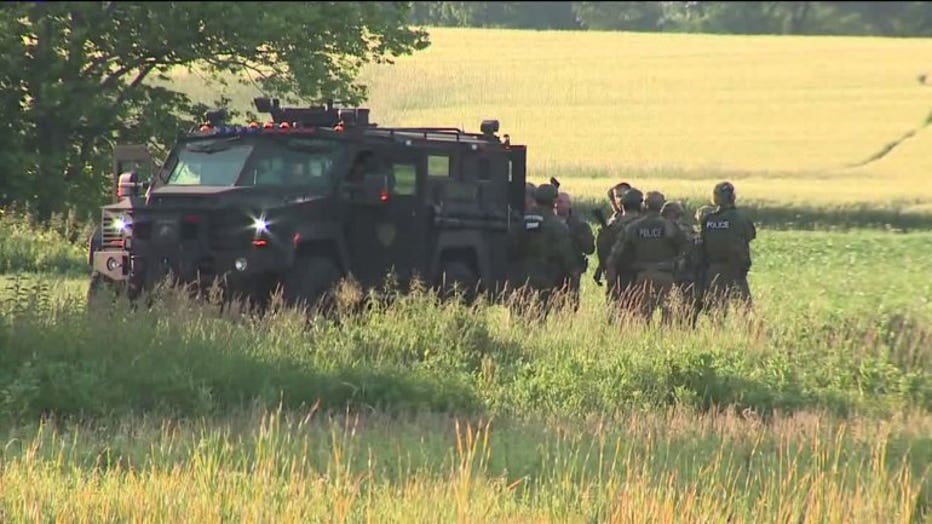 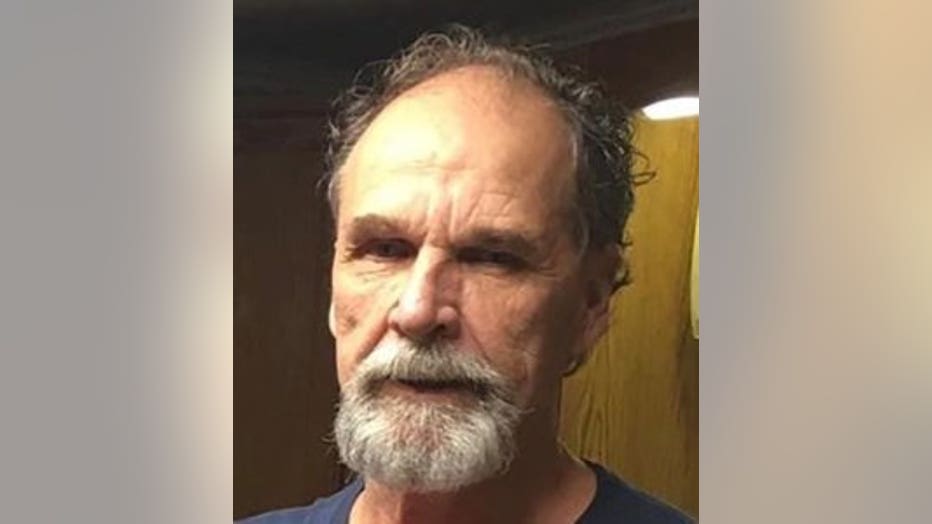 On June 22, investigators found a receipt for the purchase of a trail camera at Anderson's home. Footage from the store where it was purchased showed that Anderson had purchased it on June 10. A trail cam was found at the scene, but did not have any images saved to its storage card.

Law enforcement also retrieved Anderson's phone number. According to the complaint, call logs from Nedra Lemke's phone showed that she attempted to contact Anderson the day the incident took place, seeking to make plans for cutting the grass at the property that day.

A search of Anderson's home found his father's will on the kitchen table.

Autopsies performed at the Milwaukee County Medical Examiner's Office determined the cause of death for both victim's to be multiple gunshot wounds. An examination of the scene after the fire found no human remains.

In addition to ATF’s potential $10,000 reward for information, a news release Monday from the ATF noted the U.S. Marshals are working closely with case investigators to help apprehend Anderson. He is described as a white man, 6' tall and around 200 pounds with blue eyes and balding brown hair.

Anyone with information on his whereabouts is asked to contact the Jefferson County Sheriff’s Office at 920-674-7311. Information can be submitted anonymously, but if a reward is sought, be sure to include contact information. Information eligible for reward must lead to the arrest and conviction of this individual.